Why China May Be Pushing Back on a North Korea Sanction 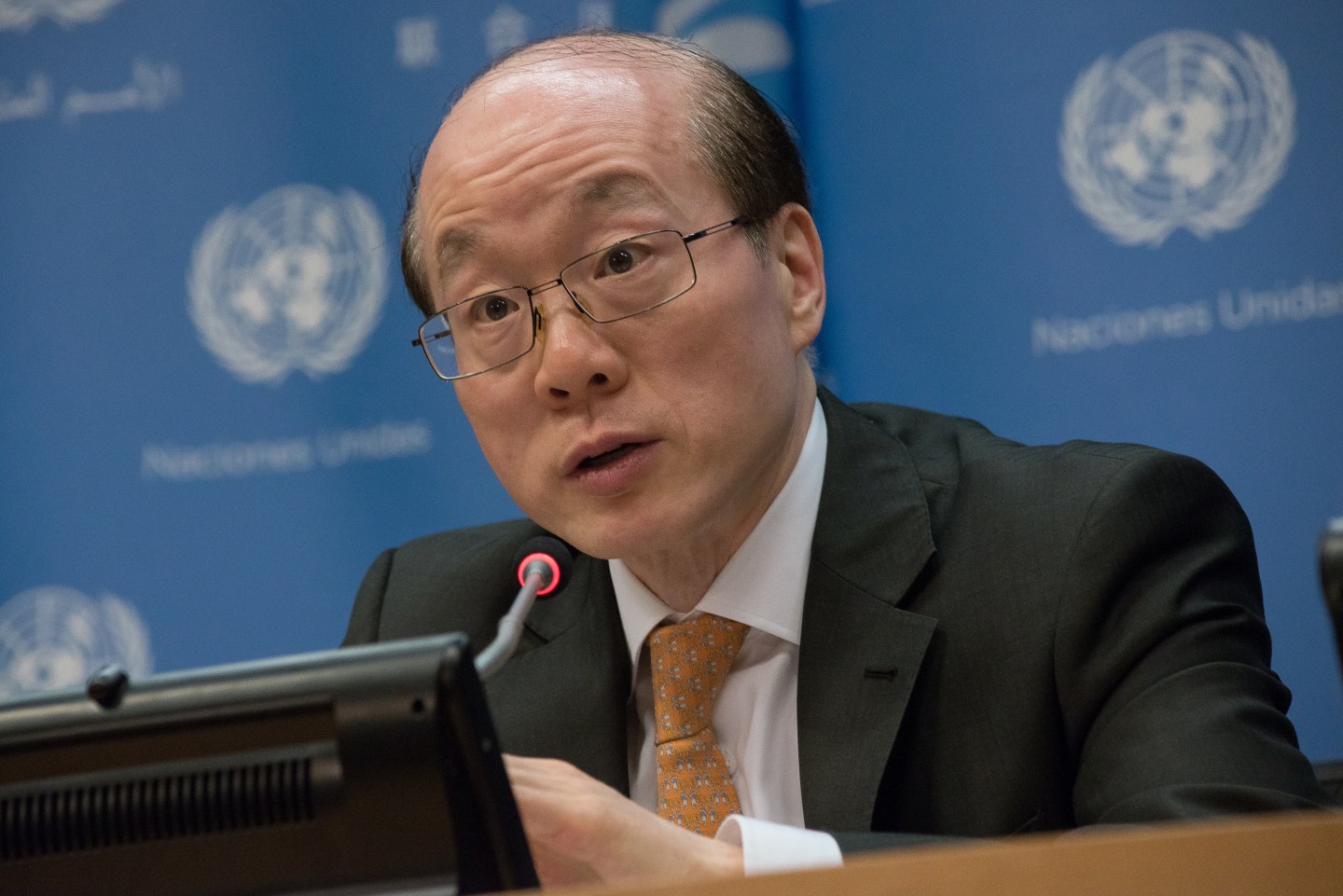 China appears to have pushed back on a U.S. bid to close a U.N. loophole that allows North Korea to export coal for “livelihood purposes,” saying the well-being of North Koreans is a priority in negotiations on possible new U.N. sanctions on Pyongyang.

Since North Korea’s fifth and largest nuclear test four weeks ago, the United States and China, a close ally of North Korea, have been negotiating a new draft Security Council resolution to punish Pyongyang.

“We cannot really affect the well-being and the humanitarian needs of the people and also we need to urge various parties to reduce tensions,” Chinese U.N. Ambassador Liu Jieyi told Reuters on Saturday of discussions with the United States on “a draft resolution with a wider scope of measures.”

That resolution bans the 193 U.N. member states from importing North Korean coal, iron and iron ore unless such transactions are for “livelihood purposes” and would not be generating revenue for Pyongyang’s nuclear and missile programs.

Coal is particularly important to the economic health of North Korea because it is one of its only sources of hard currency and its largest single export item. Coal is also bartered for essentials, including oil, food and machinery.

U.S. Ambassador to the United Nations, Samantha Power, said on Sunday that some of the exemptions included in the March resolution – out of concern for the welfare of North Koreans – appeared to have been exploited.

“In the negotiation that we are currently in the midst on in the new resolution, we are hoping to address some of the shortcomings that we have seen,” Power told reporters during a visit to Seoul.

China’s imports of coal from neighboring North Korea reached 1.53 million tonnes in April, down 35 percent on the previous month when the latest U.N. sanctions were adopted, but by August imports from North Korea had risen to 2.47 million tonnes.

“Fundamentally, no matter (what) any resolution says, it is going to be up to the Member States of the United Nations, and particularly those Member States that have dealings with the DPRK (North Korea), to fully enforce the resolution,” she said.

China imported $1 billion worth of North Korean coal in 2015 and $73 million of iron ore, according to Chinese customs data.

“We are still looking at the specific things in the draft. It’s still in the process of being discussed,” Liu said. “We certainly hope that we will achieve a result soon, but it depends on how we work together … towards a common position.”

Chinese Foreign Ministry spokesman Geng Shuang told a regular press briefing on Tuesday that China supported a further response by the Security Council but that it should focus directly on North Korea’s nuclear program.

“We believe that the relevant Security Council response should clearly target North Korea’s nuclear activities and be helpful in realizing goals of denuclearization on the Korean peninsula, and in maintaining peace and stability on the peninsula,” Geng said.

Beijing fears strengthening sanctions could lead to collapse in North Korea, sending a flood of refugees across the relatively porous border into China, and it also believes the United States and its ally South Korea share responsibility for growing tension in the region.

China has repeatedly expressed anger at the United States and South Korea for their decision to deploy the U.S. Terminal High Altitude Area Defence (THAAD) system in the South to counter missile and nuclear threats from North Korea.

Power told reporters in Seoul on Monday that the United States wanted a U.N. resolution “that makes a substantive difference and changes the calculus over time of the North Korean leadership.”