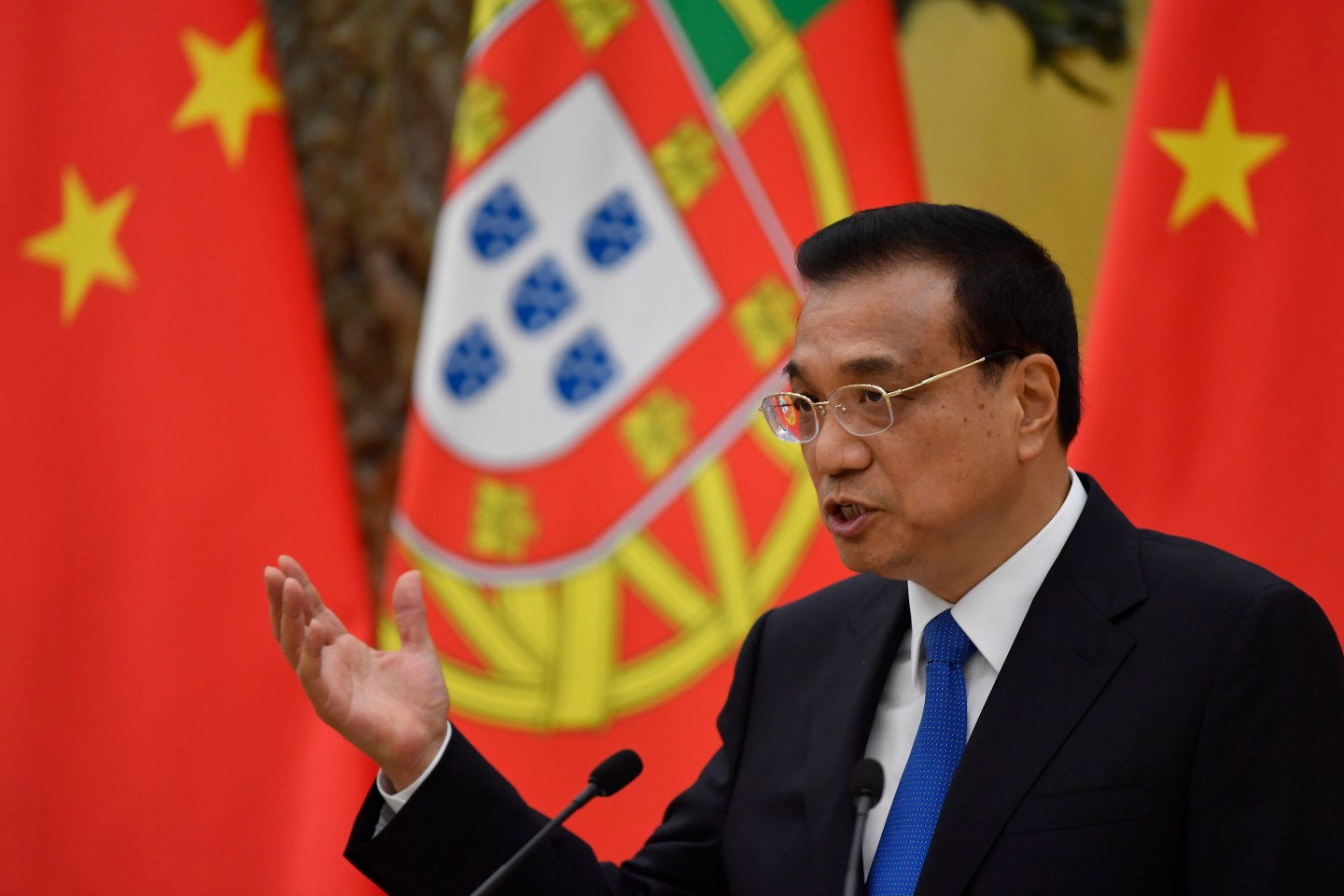 China‘s economy performed better than expected in the third quarter and the country’s debt risks are under control, Premier Li Keqiang said in a speech in Macau on Tuesday.

“China‘s economy in the third quarter not only extended growth momentum in the first half but showed many positive changes,” Li said in the speech broadcast live on state television.

Key economic indicators such as factory output, profits and investment, have rebounded, he said.

More than 10 million new urban jobs were created in the first nine months, with the survey-based jobless rate falling below 5% in September, he said, while adding the economy still faces downward pressure.

China will be able to achieve its main economic targets this year and maintain medium- to high-speed growth, he said.

The economy grew 6.7% in the first half, buoyed by higher government infrastructure spending and a housing boom. The National Bureau of Statistics is due to publish third-quarter economic data on Oct. 19.

More than a dozen cities and districts have tightened restrictions on property purchases in recent weeks to cool their overheated real estate markets.

Li also said China‘s debt risks are under control, but added the government will take steps to reduce high debt levels of non-financial firms to help ward off financial risks.

Non-performing loans are rising but the banking sector will be cushioned by ample liquidity and sufficient bad-loan provisions, he said.

Debt has emerged as one of China‘s biggest challenges, with the country’s total debt load rising to 250% of gross domestic product (GDP). Policymakers have issued a flurry of comments in recent weeks seeking to reassure domestic and global investors that debt risks are under control.

Li also reaffirmed the government’s goal of developing the country’s capital markets to help reduce the reliance on bank lending.