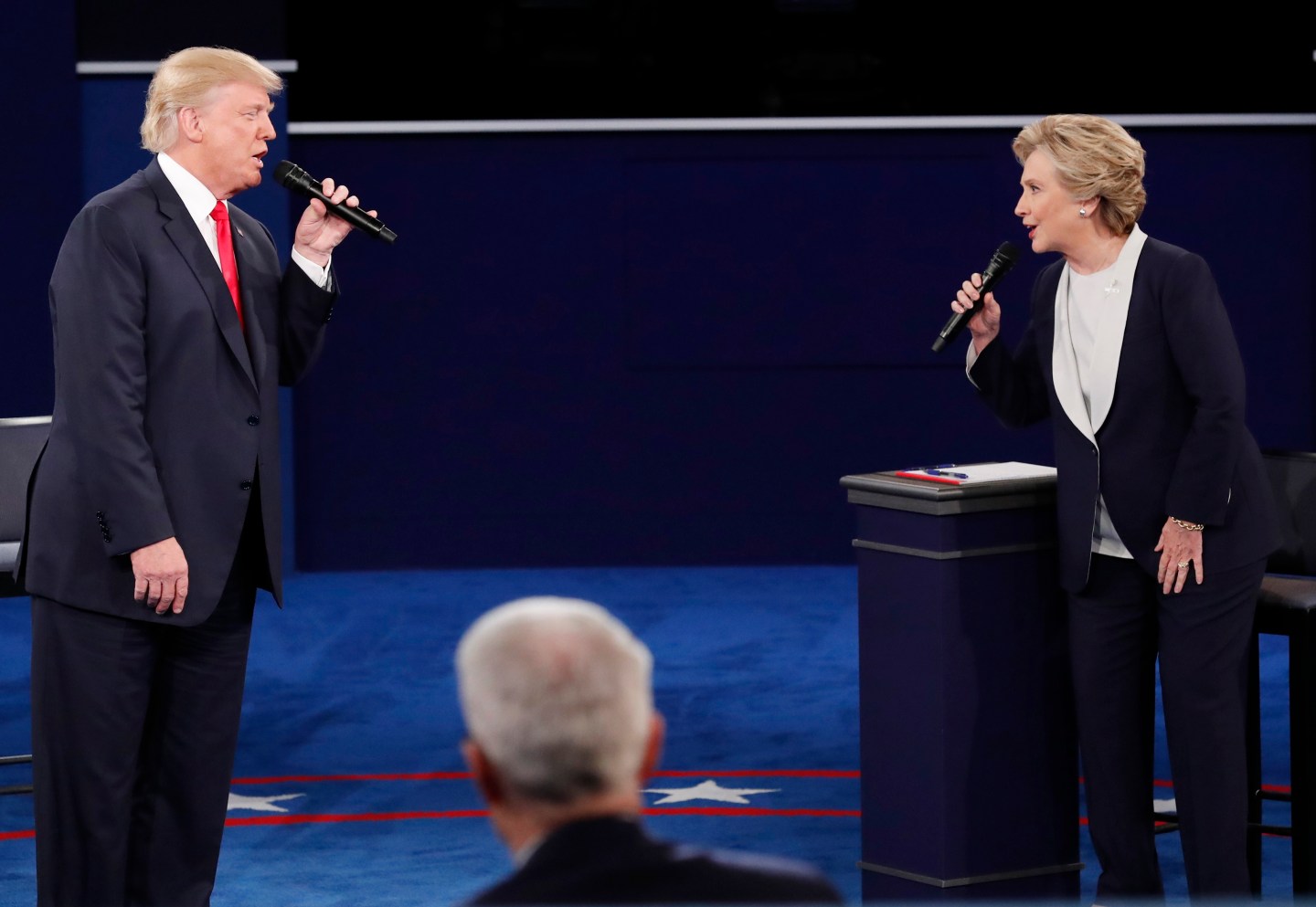 The second presidential debate had a tall order for TV ratings after the first match-up between Hillary Clinton and Donald Trump reached historic heights—and so far it doesn’t look good.

Notably, NBC did not air last night’s debate because of a prescheduled NFL game (a matchup between the New York Giants and the Green Bay Packers) as part of the network’s regular Sunday Night Football programming. (The 25% dip factors in the fact that NBC aired the game instead of the debate.) The game drew roughly 14 million viewers last night, while about 18 million people watched the first debate on NBC. The September debate also went up against a nationally televised football game, but that Monday-night game was broadcast on the Disney-owned sports network ESPN.

Sunday night’s debate falls short of the second debate from the 2012 election between President Obama and Mitt Romney, which pulled in 65.6 million viewers. The number of viewers who watched Sunday night’s debate online have not yet been tallied, as Twitter and Facebook both offered live-streams, while major networks also streamed the debate on YouTube.

Last week’s vice presidential debate between Democrat Tim Kaine and Republican Mike Pence was one of the lowest-rated VP debates in years, pulling in less than 40 million viewers—not even half the total from the first Clinton-Trump debate.

Meanwhile, one medium where Sunday’s debate did perform well was on Twitter. The micro-blogging platform said on Monday that the second debate was the most-Tweeted debate ever, with more than 17 million Tweets sent during the event. Sunday also saw more Tweets sent than any day during the 2016 election, so far—more than 30 million Tweets.