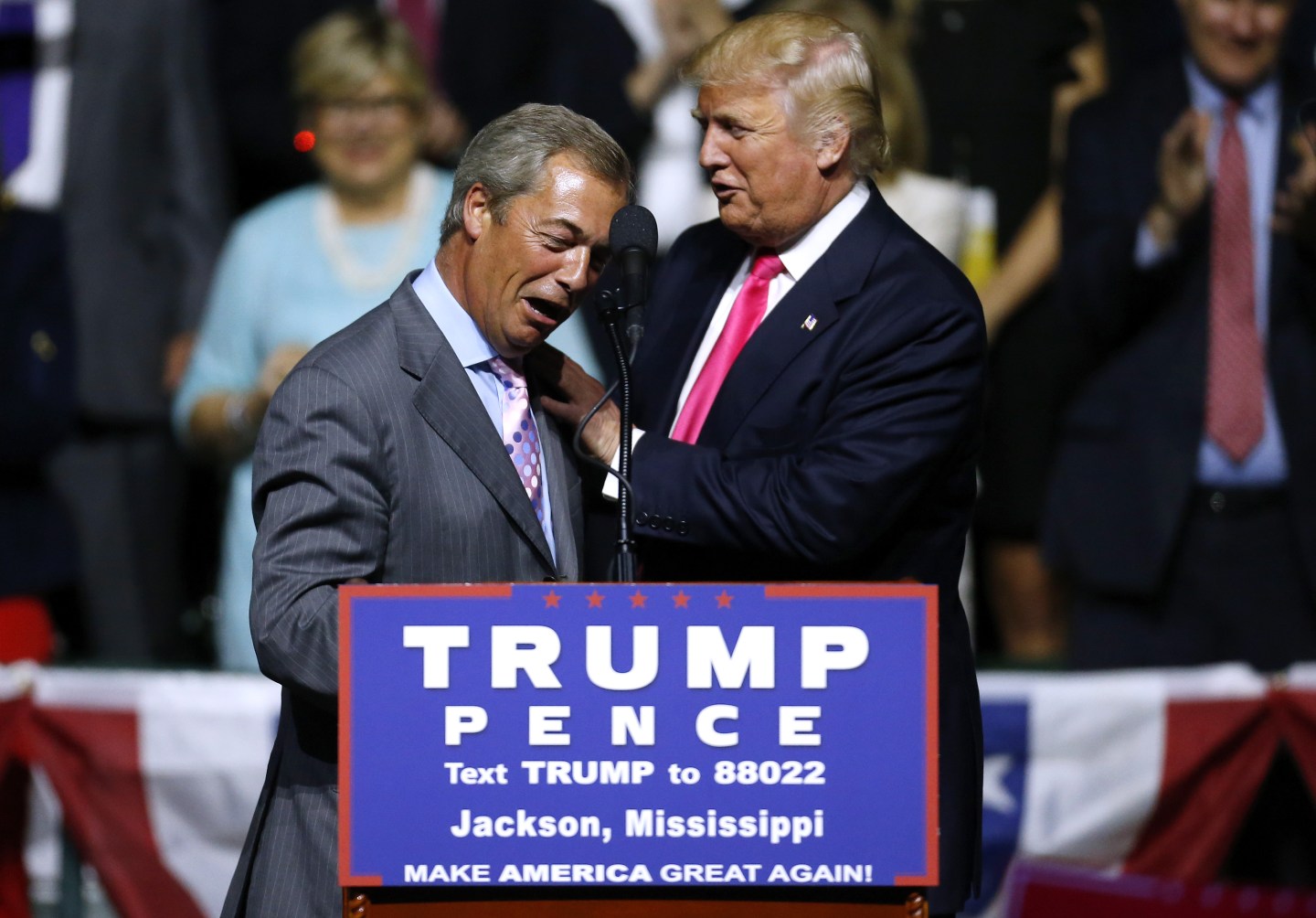 Farage’s words of support come at a time when Trump is losing the backing of many of his fellow Republicans after the damaging disclosure on Friday of a tape exposing him making offensive remarks about women that some people have claimed amount to an admission of sexual assault.

While a number of prominent Republicans have spoken out publicly against Trump’s comments and withdrawn from his corner, Farage appears as enamored as ever with his fellow “Mr. Brexit.”

The UKIP leader had initially joined the nominee on the campaign trail in August, where he compared Trump’s quest for the White House with his own successful bid to lead Britain to exit the European Union.

Farage also delivered a few words about Democratic nominee Hillary Clinton, the Guardian reports, claiming that she poses a threat to democratic values.