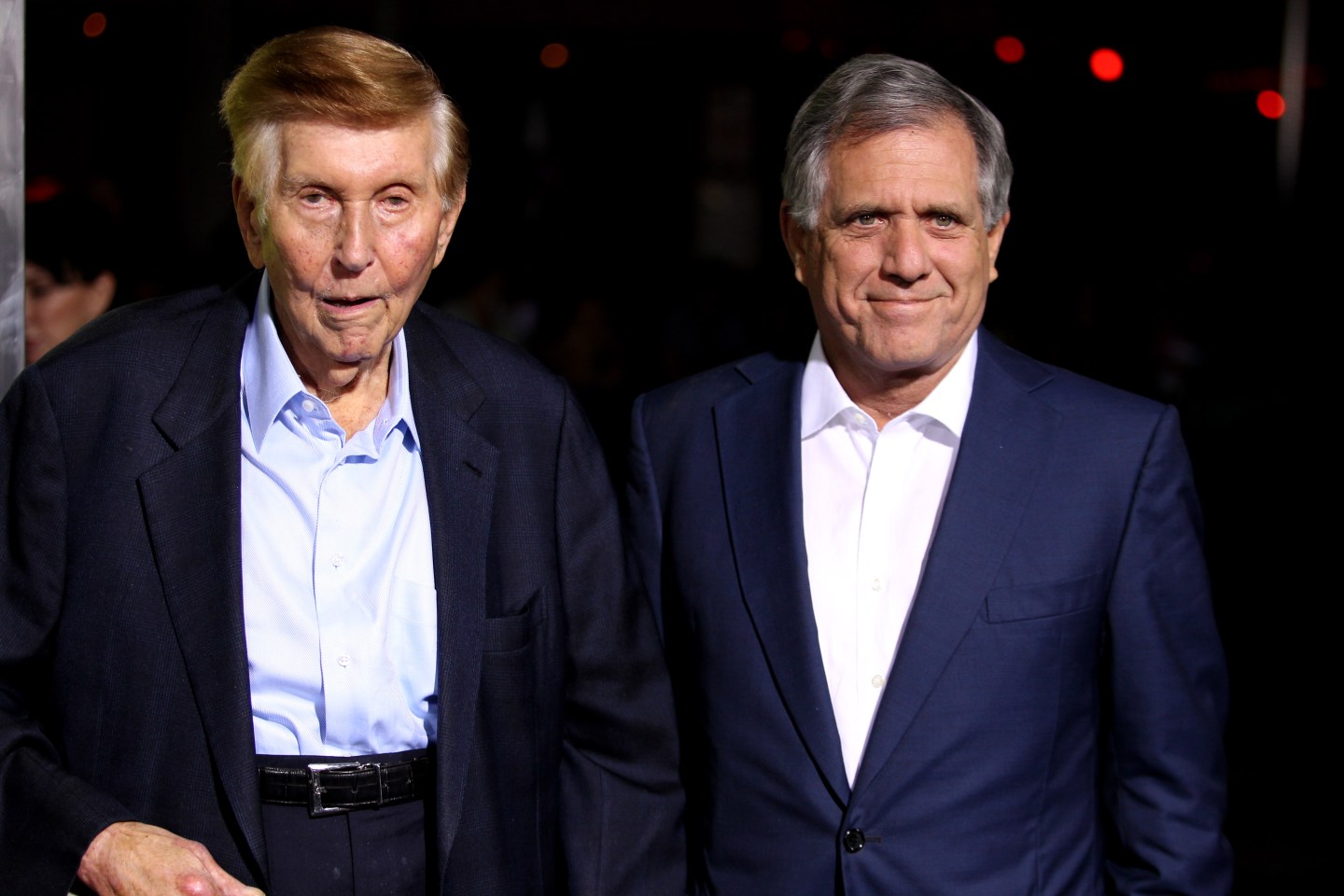 CBS chief executive Leslie Moonves is planning to seek autonomy from the Redstone family, the broadcaster’s controlling shareholder, in leading the company if it merges with Viacom, two people familiar with the matter said.

While there is no certainty that CBS and Viacom will agree to a merger, Moonves is seeking to capitalize on his 10-year track record at the helm of CBS to gain as much influence as possible over the combined company, the people said on Monday.

Negotiations between Moonves and National Amusements Inc (NAI), through which the Redstones own an 80 percent stake of CBS (CBS) and Viacom (VIAB), have not started in earnest, and the exact terms that he will be asking for are not clear, the people said.

The sources asked not to be identified because the matter is not public. A CBS spokesman declined to comment. National Amusements and Lipton did not return calls for comment.

Moonves would not be the first CEO of a media company controlled by the Redstones to seek such assurances for autonomy. Viacom’s former CEO Philippe Dauman was on the board of National Amusements as well as a member of the seven-person trust that takes over Sumner Redstone’s stake in National Amusements after he dies or is declared incapacitated.

This Is How Much Viacom’s CEO Will Receive in Severance

But after Redstone removed Dauman from NAI’s board and the trust in May, the executive stepped down in August following a legal battle. He received over $70 million under the agreement.

Similarly, when CBS merged with Viacom in 2000, the company’s bylaws gave Mel Karmazin, who was president and chief operating officer of the combined company reporting to Redstone, full operating control.

Also, Karmazin had a stipulation in his contract that Redstone needed three-quarters of the board’s approval to fire him. Karmazin resigned in 2004 over differences with Redstone.

Sumner Redstone’s daughter, Shari Redstone, has been in favor of recombining the two companies for some time under the leadership of Moonves, sources have told Reuters.

A spokeswoman for Shari Redstone said she declined to comment.

Both CBS and Viacom have formed independent board committees to consider a merger at the behest of NAI, and whether terms of a merger can be agreed is now up to them. NAI has said it will not support any other transaction, nor will it give up its controlling interest.

The End Game for Viacom and CBS Is Quickly Approaching

In public comments, Moonves has been lukewarm to the idea of combining the two back together again. Viacom, which owns Comedy Central, MTV and film studio Paramount, has been struggling to turn around its declining ratings and ad revenue.

“We are never going to do something that is bad for CBS shareholders,” Moonves said at the Bank of America Merrill Lynch investor conference last month when asked about a potential tie-up.

But combining CBS and Viacom could help both companies better compete with a massive increase in online programming that has shaken traditional business models, and to secure improved terms from bigger-than-ever pay TV operators that remain the dominant distributors of programming, Wall Street investors and analysts have suggested.