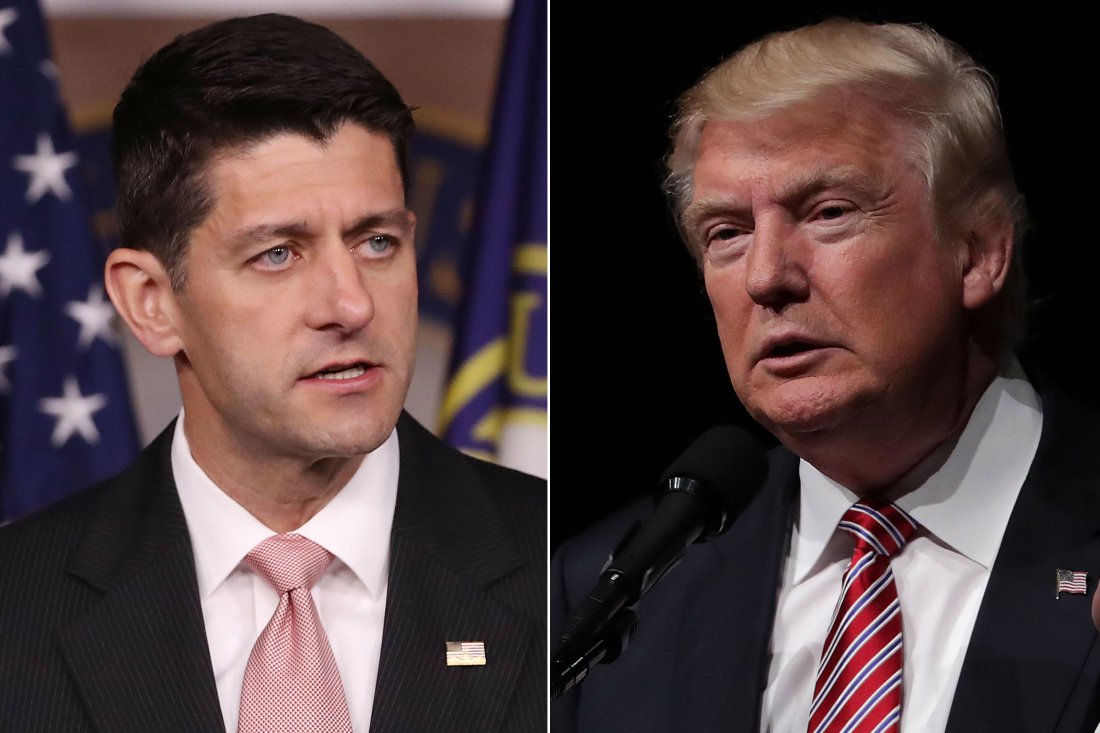 At one time, Speaker of the House Paul Ryan had hoped the Wisconsin 1st Congressional District GOP’s annual fall fest would be an opportunity to showcase party unity one month before Election Day. Instead, it showed the opposite.

Ryan invited bombastic Republican nominee Donald Trump and his running-mate, Indiana Gov. Mike Pence to the event, founded by now-RNC Chairman Reince Priebus more than a decade ago, for their first public appearance together, which would also feature Wisconsin Gov. Scott Walker, embattled GOP Sen. Ron Johnson, and a host of local officials.

But after a decade-old video of Trump appearing to boast about his ability to sexually assault women without consequence surfaced, things went south.

Ryan said in a statement Friday that he was “sickened” by Trump’s comments and disinvited him from the event. Trump said Pence would attend in his stead, only to be told by his running mate Saturday morning that his comments couldn’t be defended and he would go unrepresented at the event. Instead of displaying unity, the event in Elkhorn, Wis., showcased lingering discomfort among the GOP Establishment over Trump—and the Republican Party grassroots’ frustration with its leadership—as it descended into heckles and name-calling.

The result was a microcosm of the divide within a party torn between its short term electoral prospects and its long term viability.

The shunning of Trump, as evidenced by the fact that almost every speaker went out of their way to avoid mentioning the GOP nominee, was greeted with jeers by the Trump supporters in the crowd.

“Trump! Trump! Trump!” dozens of supporters chanted as Lt. Gov. Rebecca Kleefisch finished her remarks without mentioning him. Rep. Jim Sensenbrenner, seemed critical of Trump early in his speech, only to call on the state’s voters to deny their Electoral College votes from Clinton. But that wasn’t enough to stave off the hecklers, who shouted Trump’s name, prompting the septuagenarian lawmaker to tell them to “clean up your act.” Walker, a conservative favorite who has won three statewide races in six years, fared little better, drawing boos as he refused to mention Trump.

State Attorney General Brad Schimel, one of the first speakers, proved that mentioning Trump wasn’t a sure thing either. “I know Donald Trump said some things that are bad,” said Schimel, noting he is the father of two daughters. “I don’t like hearing anyone talk that way about women.”

Ryan opened by vaguely addressing the “elephant in the room.” “I put out a statement about this last night,” Ryan said, before devoting the rest of his speech to talking about his conservative agenda—which differs greatly from Trump’s—and making a pitch for voters to back Johnson. “I mean what I said, it’s still how I feel. But that is not what we’re here to talk about today.”

For Ryan, the chaotic scene was slap in the face in his own backyard. “Shame on you,” one enthusiastic Trump supporter shouted at Ryan as he concluded his remarks.

With voting already under way in the Democratic-leaning presidential state, which Trump had a made a long-shot pickup opportunity, the acrimony portended poorly for the GOP slate.