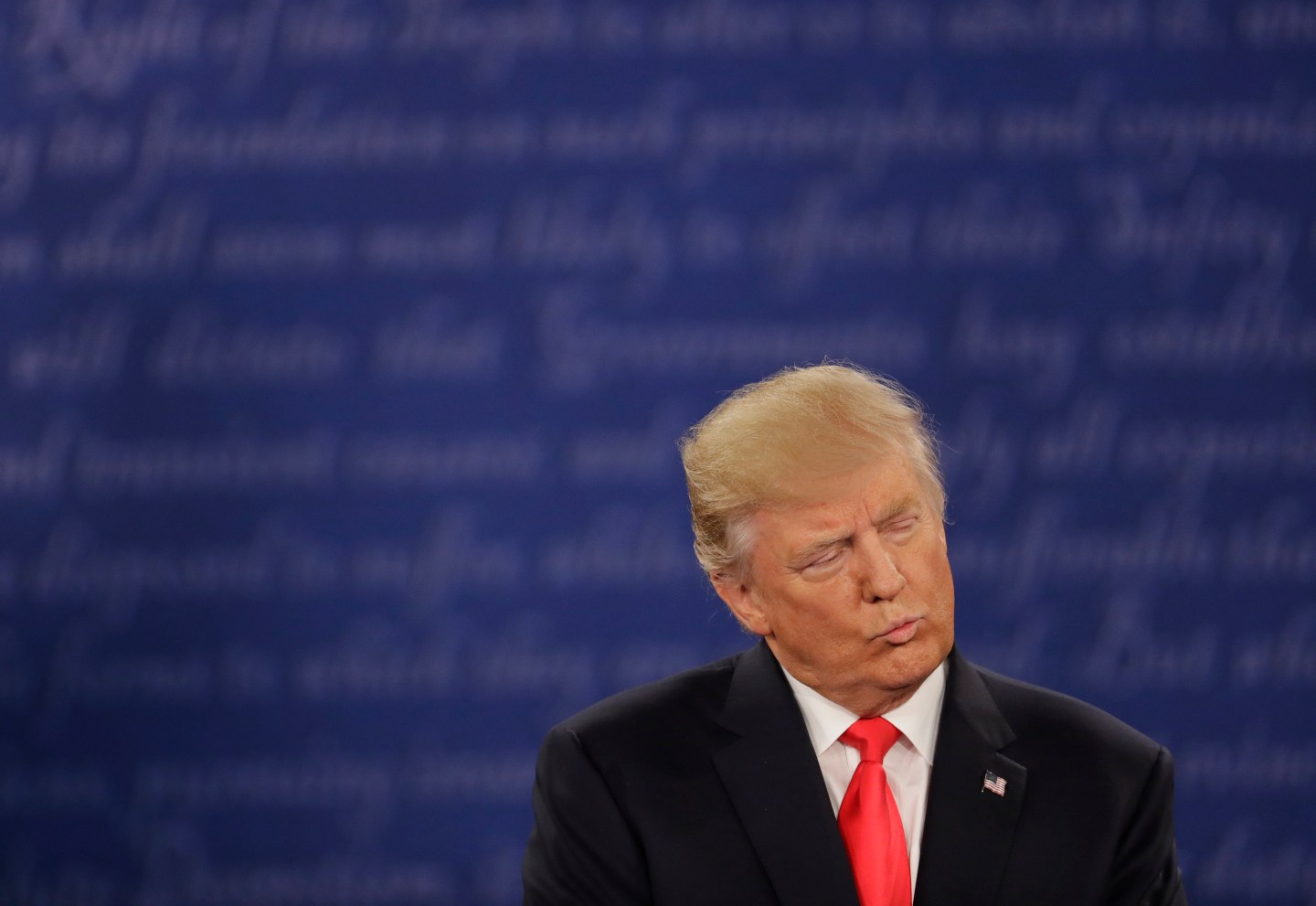 A spokesman for Hillary Clinton had a strong reaction to Donald Trump’s comments at Sunday night’s presidential debate on Captain Humayun Khan, the Muslim-American soldier who was killed in Iraq.

Jesse Lehrich, Clinton’s foreign policy spokesperson, took to Twitter after Trump said that if he had been in charge when the U.S. decided whether to invade Iraq, Khan would not have died in battle.

“Unlike her, who voted for the war…I would not have had people in Iraq because Iraq was a disaster,” Trump said, referring to Clinton’s vote in support of the war. “So he would be alive today.”

Lehrich fired back on Twitter: “hey, @realDonaldTrump – regarding your claim that Captain Khan would be alive if you were president: go f–k yourself. #debate“

Later Lehrich apologized, posting a tweet that said, “I want to apologize for the clearly inappropriate nature and language of this personal tweet. Sorry all.”

Khan, whose family appeared at the Democratic National Convention, came up during Sunday’s debate after a self-identified Muslim audience member asked a question about the rise of Islamophobia in the U.S.

“Unfortunately, there’s been a lot of very divisive, dark things said about Muslims,” Clinton said in response to the question. She then brought up Khan, mentioning that he had “been subject to attack by Donald.”

Trump countered that “first of all, Captain Khan is an American hero.” He then made the claim that Khan would not have died under a President Trump.

While Trump has denied supporting the Iraq War, he did voice support for an invasion, if halfheartedly, in a 2002 interview.