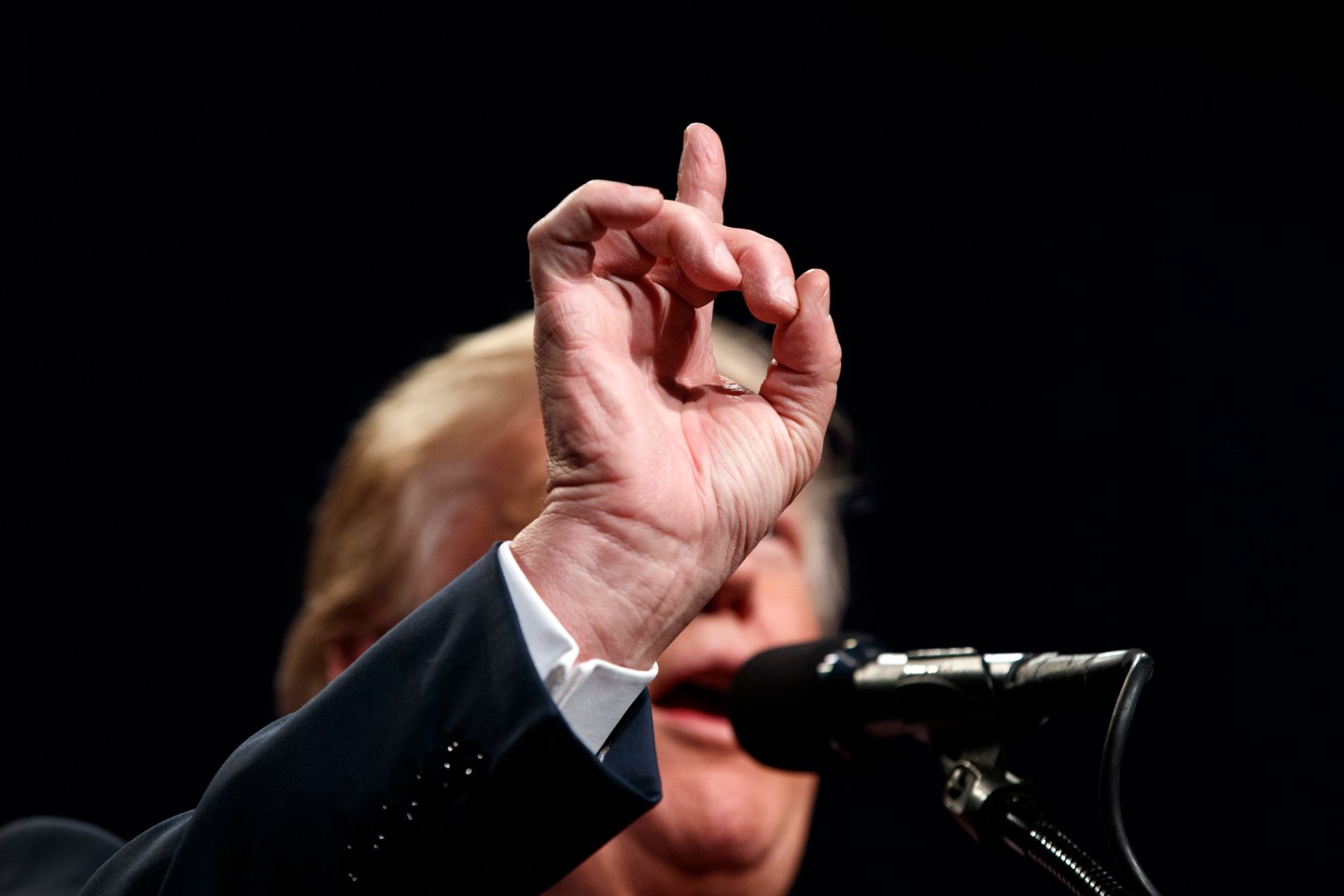 In a message released early Saturday after hours of frantic meetings with his campaign staff, Republican nominee Donald Trump called his lewd comments about women from more than a decade ago a “distraction” and said they don’t reflect who he is.

Issuing his third statement within eight hours after the surfacing of video, first reported by the Washington Post, in which he suggested his celebrity status would allow him to sexually assault women without repercussion, Trump’s comments appeared anything but the sincere message Republicans were hoping for.

Trump initially dismissed the video in a Friday afternoon statement as “locker-room banter,” but aides and family members confronted the GOP nominee to issue a more direct apology.

In his direct-to-camera message, Trump seemed to place the comments among the litany of offensive statements that have become a hallmark of his campaign. “I’ve said and done things I regret, and the words released today on this more-than-a-decade-old video are one of them,” Trump said. “Anyone who knows me knows these words don’t reflect who I am,” he added. “I said it, I was wrong, and I apologize.”

But the former reality television star, who has famously cast insults at other celebrities, candidates, and average Americans alike, suggested the comments were a reflection, at least, of who he was. He said his statement of regret reflected his own growth as a candidate. “I’ve traveled the country talking about change for America, but my travels have also changed me,” Trump said.

“Let’s be honest, we’re living in the real world,” he continued. ” This is nothing more than a distraction from the important issues we’re facing today.”

Coming just two days before the second presidential debate, the moment sent reeling Trump’s campaign, already suffering a near-historic shortfall among women voters. Trump’s comments have sent shock waves through the GOP, where several lawmakers have already rescinded endorsements, while others have called on Trump to step aside as the Republican nominee. Speaker of the House Paul Ryan disinvited Trump from a planned unity event in Wisconsin Saturday.

But in typical Trump fashion his statement wasn’t wholly contrite, as he made an unusual pivot to attacking his Democratic rival and her husband.

“Hillary Clinton and her kind have run our country into the ground,” Mr. Trump said. “I’ve said some foolish things, but there’s a big difference between the words and actions of other people. Bill Clinton has actually abused women, and Hillary has bullied, attacked, shamed and intimidated his victims.” Trump added that the Clinton attacks were something he’d continue to discuss in the coming days, closing the bizarre statement with with a teaser for his next bout with Hillary Clinton: “See you at the debate on Sunday.”