Carly Fiorina: Donald Trump Should ‘Step Aside’ as Presidential Nominee 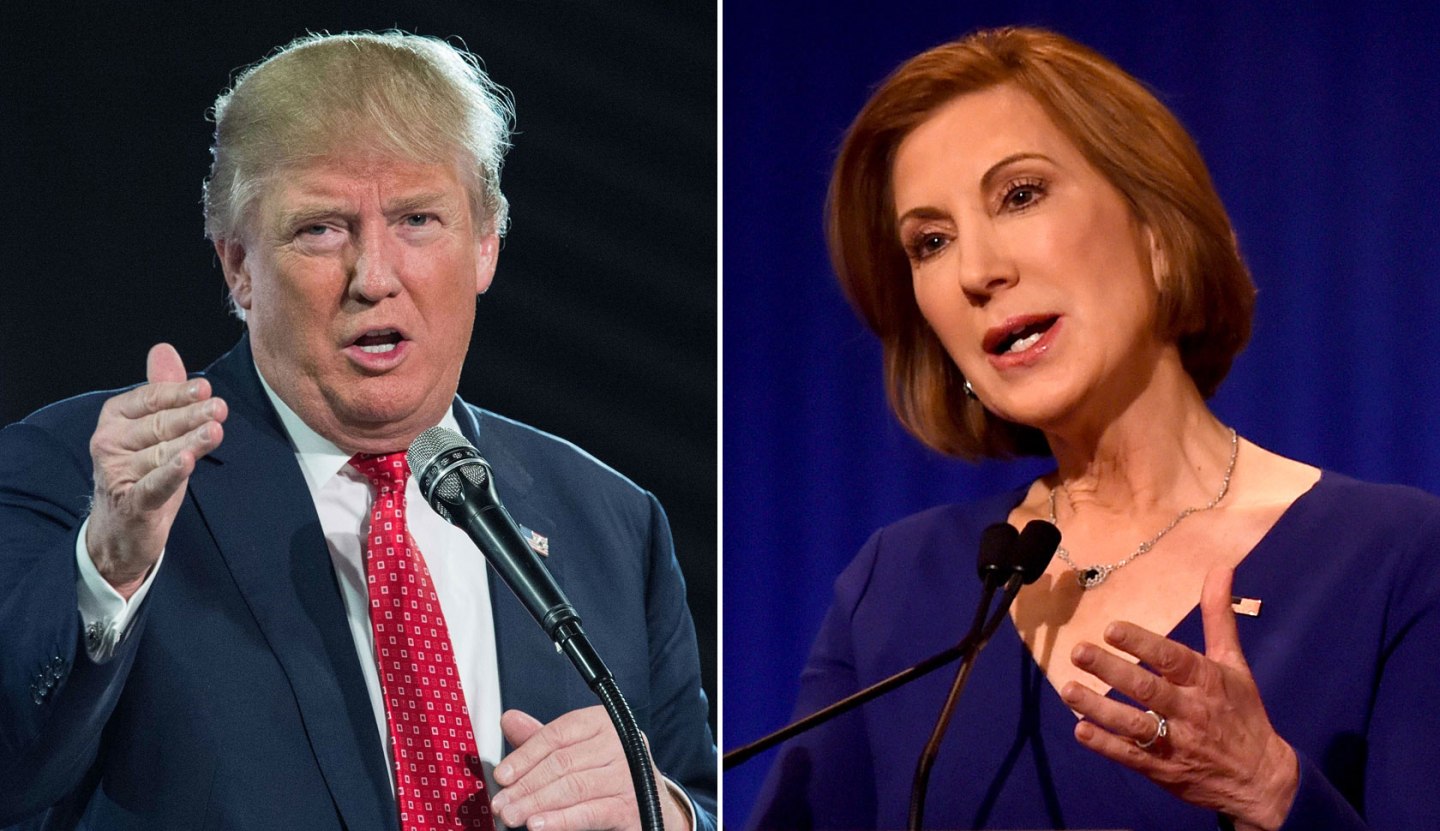 Former Republican presidential candidate Carly Fiorina called for Donald Trump to drop out of the presidential race, saying he has “manifestly failed” at carrying out the responsibilities of a party nominee.

Her statement comes the day after the Washington Post published a video from 2005 in which Trump boasts about hitting on a married woman and groping women. “And when you’re a star, they let you do it,” Trump said in the video. “You can do anything.” He apologized in a video message released early Saturday morning, saying the comments don’t reflect who he is. He called the tape a “distraction” from important issues.

“Today I ask Donald Trump to step aside and for the RNC to replace him with Gov. Mike Pence,” Fiorina said in her Facebook post, maintaining that Democratic nominee Hillary Clinton is “unfit” to be president.
Fiorina has called out Trump for his comments about women previously. After he criticized her appearance in an interview last year—”Look at that face! Would anybody vote for that?”—she fired back at him during a primary debate, when asked about his remarks. “I think women all over this country heard very clearly what Mr. Trump said,” she said.