In Letters of Recommendation, Male Scientists Are Called ‘Brilliant’ While Women Are ‘Productive’ 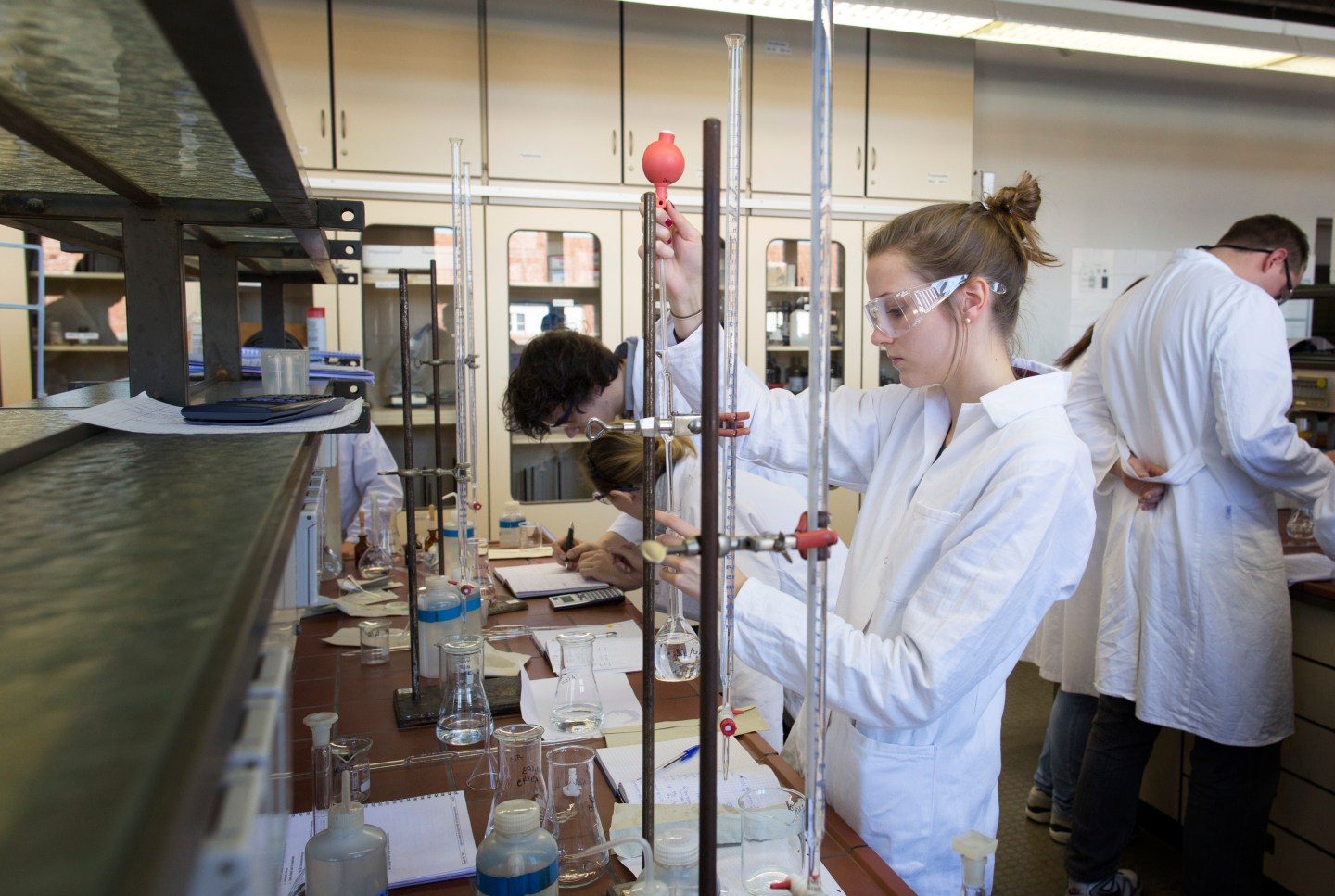 This piece originally appeared on Money.

The next time you ask for a letter of recommendation, read it carefully: Are you described as “brilliant,” or “productive,” “hard-working” or “remarkable?” In other words, are you “excellent,” or merely “good” for the job you’re applying for?

Turns out the answer is likely to depend, in part, on whether you’re male or female. A study, “Gender Differences in Recommendation Letters for Postdoctoral Fellowships in Geoscience,” published this week in Nature Geoscience, finds women are about half as likely as men to receive “excellent letters” as opposed to “good letters” of recommendation, regardless of whether the person writing the recommendation is male or female.

The study—which analyzed the length and tone of more than 1,000 recommendation letters from across the globe for postdoctoral fellowships in the geosciences over a period of five years—was conducted to determine why just 10% of geoscience professorships are held by women when they comprise 40% of doctoral degree holders. It found that the field has a serious pipeline problem (which, of course, is not just a problem for women in geoscience).

In the study, letters were classified as “excellent” if they included descriptors like “scientific leader,” “brilliant scientist,” and “trailblazer.” The rest, including phrases like “very productive,” “very good skill set,” and “very knowledgeable,” were put into the “good” bucket. About 21% of letters qualified for the “excellent” designation, but that included a significant gender difference: 24% of the 862 letters for men fell into that camp, while just 15% of female applicants’ 362 letters did.

“These results suggest that women are significantly less likely to receive excellent recommendation letters than their male counterparts at a critical juncture in their career,” the authors report.

This isn’t the first field that’s found a discrepancy in letters of rec: A similar study that analyzed the letters for chemistry and biochemistry job applicants found those written for men include significantly more “standout” adjectives, as well as “more ability words and fewer grindstone words.” Conclusions for studies in physics and medicine were similar. Other studies show that the name on a resume or job application—in particular whether it’s traditionally a male or female name—also impacts the hiring process.

Kuheli Dutt, a social scientist at Columbia University and lead author of the paper told Nature the findings are important because the descriptors indicate to potential employers that women are less competent than men—or, at the very least, less “brilliant.”

It doesn’t stop at letters of recommendation, though. In 2015, Meg Urry wrote in Nature that gender bias is endemic at every professional level in the sciences.

Every major criterion on which scientists are evaluated, for hiring, promotion, talk invitations or prizes, has been shown to be biased in favour of (white) men. These include authorship credit, paper citations, funding, recruitment, mentoring and tenure. For example, although women publish fewer papers than men, there is some evidence that on average they are longer and more complete, and that this difference vanishes if one corrects for funding level and research-group size.

While other studies have pointed out the “pipeline” problem for female employees, they often focus on the loss of female talent due to pregnancy and childbirth. What Nature Geosecience’s drives home is that it’s not just having children that can impede a woman’s career. Any solutions to the pipeline problem, then, need to go well beyond paid parental leave policies and address the unconscious gender biases of managers and others in positions of power.