Why LG Says Its Profits Are Going to Slip 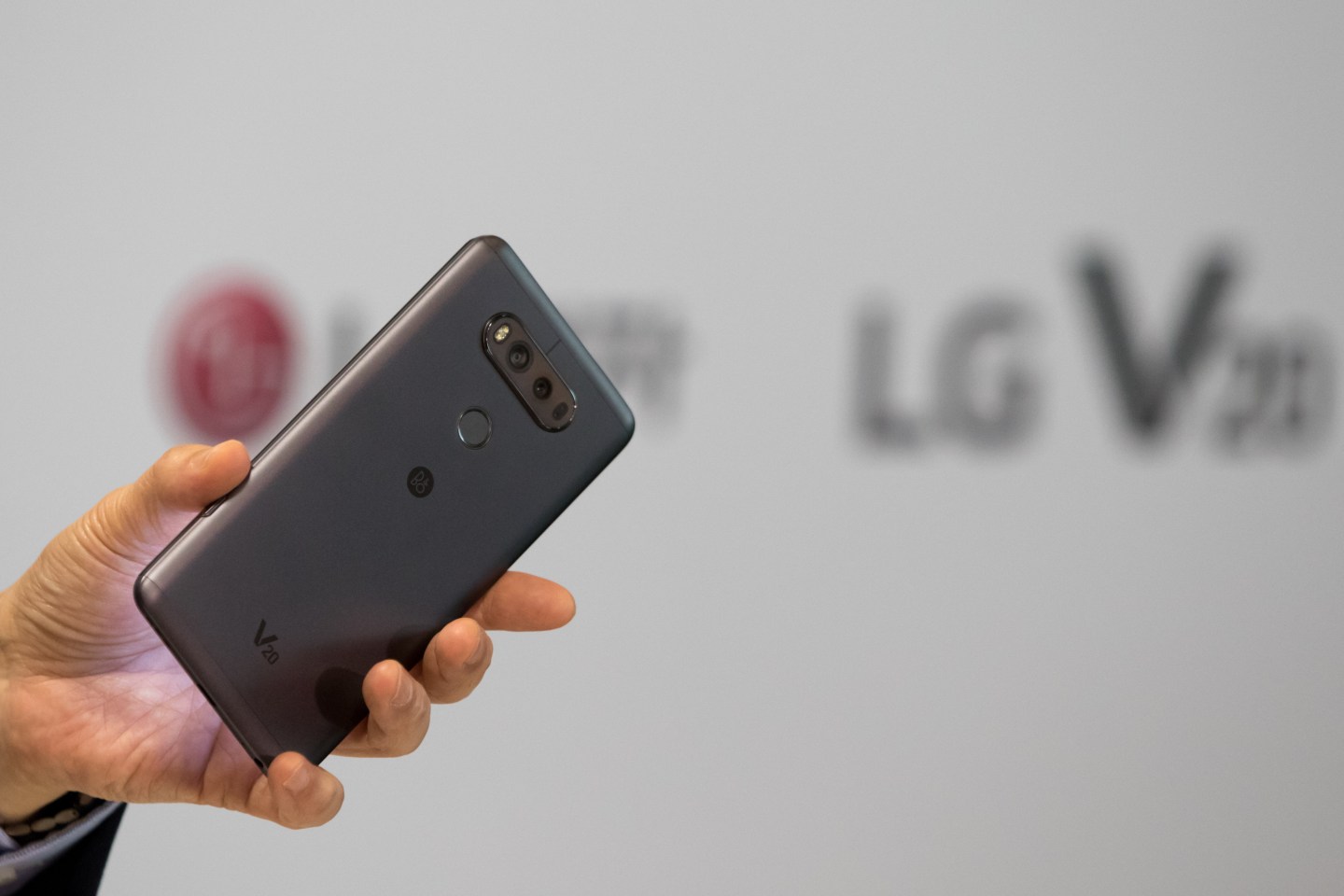 Cho Jun-Ho, chief executive officer of Mobile Communications at LG Electronics Inc., holds a V20 smartphone during a launch event in Seoul, South Korea, on Wednesday, Sept. 7, 2016. The V20 will go on sale in South Korea starting this month, with other regions to follow, according to the company. Photographer: SeongJoon Cho/Bloomberg via Getty Images
SeongJoon Cho/Bloomberg via Getty Images

South Korea’s LG Electronics said on Friday it expects third-quarter operating profit slipped 3.7% from a year earlier, as the consumer appliance and smartphone maker was likely hit by continued losses at its mobile division.

LG, the world’s second-largest TV maker behind domestic rival Samsung Electronics (SSNLF), said in a brief regulatory filing it expects July-September operating profit to be 283 billion won ($254.53 million). That’s below the year earlier’s 294 billion won, but above a Thomson Reuters StarMine SmartEstimate of 274 billion won from a poll of 10 analysts.

The firm didn’t offer details on its results and won’t release full earnings until the end of October. It had previously guided for its third-quarter operating profit to be higher than a year earlier.

Revenue for the period fell 5.8% to 13.2 trillion won, compared with a Thomson Reuters StarMine SmartEstimate of 13.6 trillion won.

Analysts said ahead of Friday’s filing that LG’s mobile division likely reported further losses during the quarter in the absence of new products to revive sales. Meanwhile its household appliances business could have been capped by weaker seasonal demand for air conditioners, they said.

While the global recall of Samsung’s Galaxy Note 7 smartphones may be an opportunity for rival manufacturers, analysts remain skeptical on whether LG can take advantage.

HMC Investment analyst Greg Roh said in a report issued before LG’s Friday filing that he expects the company to ship 700,000 of its new V20 smartphones, which launched in South Korea on Sept. 29 for 899,800 won ($810), during the fourth quarter. But Roh said the device was unlikely to halt the streak of losses for the business.

LG shares fell 0.4% on Friday, compared with a 0.6% fall for the broader market.