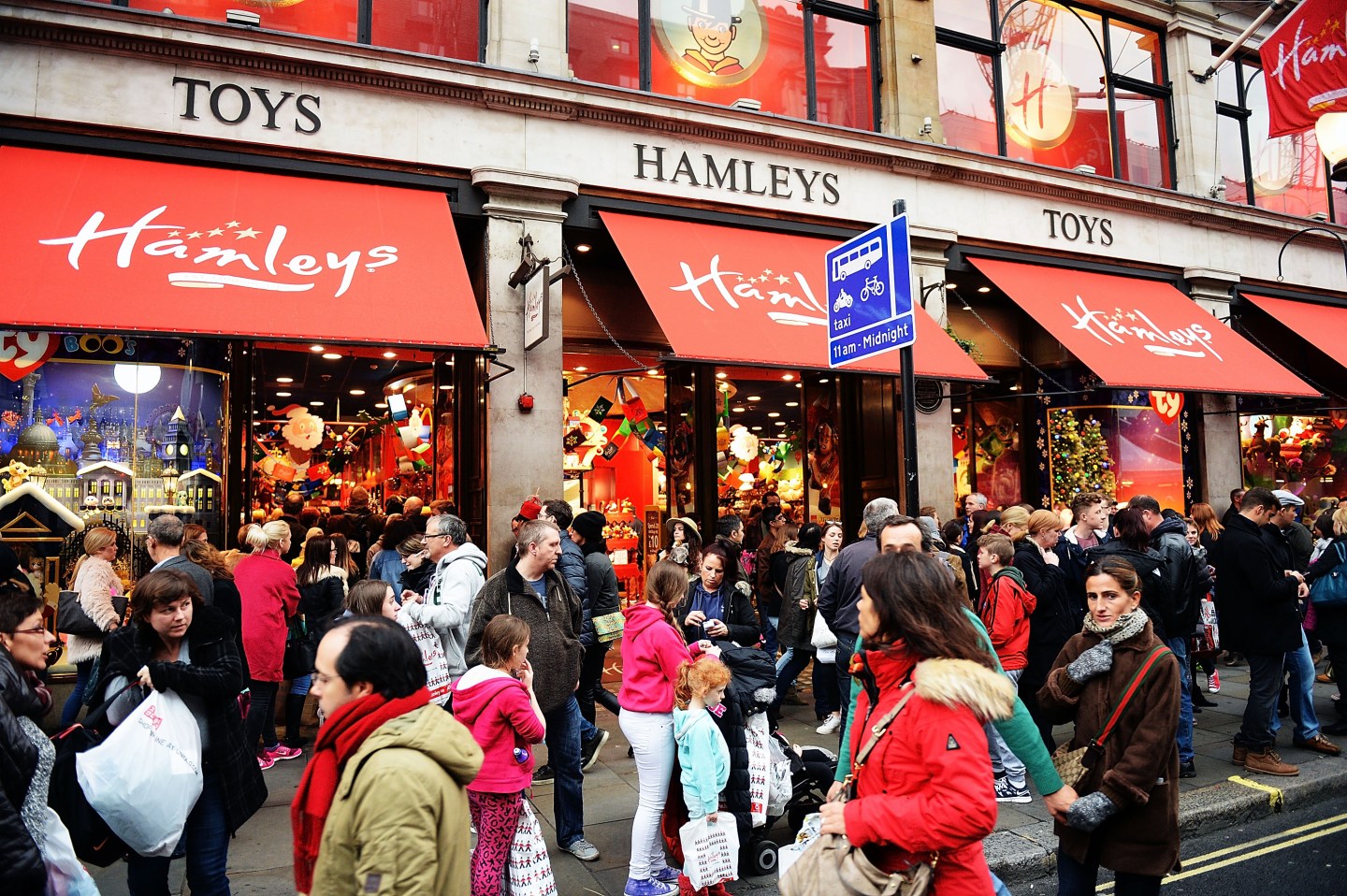 Last October, China announced it was finally ending its longtime one-child policy, telling its residents that couples would be permitted to start having two kids.

Implications of the new rule stand to prove a unique opportunity for retailers, not least a British toy store that’s already planning a grand expansion. London’s iconic Hamleys toy retailer, which was recently taken over by Hong Kong footwear seller C.banner International, is planning to roll out more stores in the country in an aggressive effort that could end with more than 100 outlets there, CEO Gudjon Reynisson told Bloomberg in an interview published Friday.

The classic London brand is said to be looking at China’s major urban centers, namely Beijing, Shanghai, Hangzhou, and Xuzhou, where populations are dense and foot traffic is high.

Mark Drummond, Hamleys’ marketing chief, specifically cited “the children policy” as one of the reasons for its Chinese push, as well as encouragement from its parent company about recent growth in the toy market.

Toys R Us is also planning to double its store count in China, increasing its retail presence to 200 shops within three years, according to Bloomberg.

And with more kids on the horizon, toy stores aren’t the only ones poised to cash in. Vendors of diapers, kids’ clothes, and baby food have also reportedly shown an interest in expansion,.

As of next year, Hamleys’ international stores are going to leave its London flagship “in the dust,” chief executive Reynisson told Bloomberg.