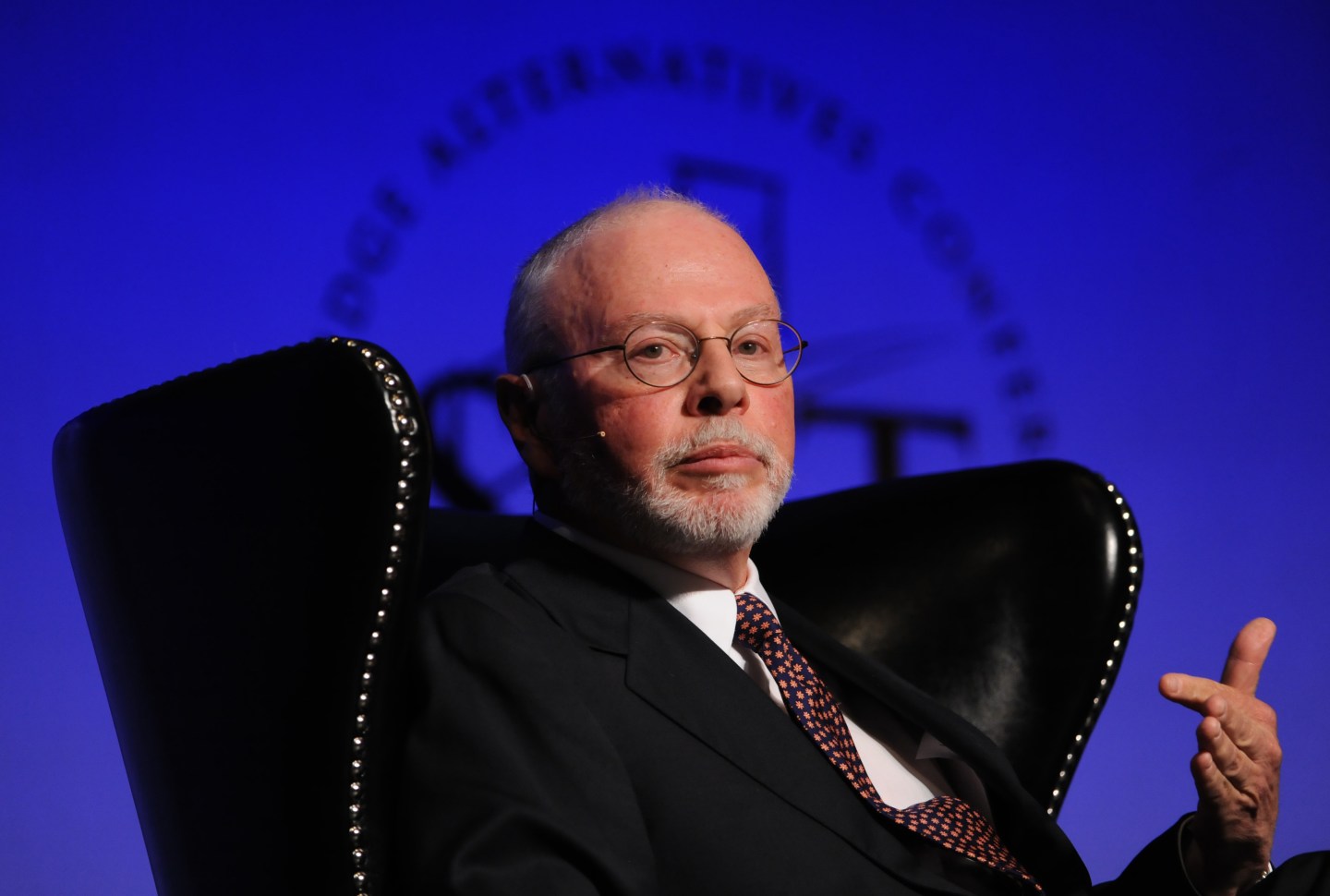 Paul Singer, founder and president of Elliott Management Corp., speaks during the SkyBridge Alternatives (SALT) conference in Las Vegas, Nevada, U.S., on Wednesday, May 9, 2012.
Photograph by Bloomberg via Getty Images

An attempt by the U.S. hedge fund to wring change at South Korea’s biggest conglomerate last year failed in acrimony. But investors and analysts said Elliott’s latest move could open the way for the founding Lee family to embrace change, cementing its grip as it negotiates succession from its ailing patriarch to the next generation and a hefty inheritance tax bill.

The approach on Wednesday by Elliott, which owns 0.62% of Samsung Electronics (SSNLF), came as the tech giant faced fresh claims of problems with its flagship Note 7 smartphone, with a report that a handset began smoking inside a U.S. plane on Wednesday. Last month’s global recall of 2.5 million devices is set to show up in modest earnings growth guidance the firm is expected to report on Friday.

Samsung said it will “carefully review” Elliott proposals for restructuring, splitting the firm into a holding vehicle for ownership purposes and an operating company, as well as a hefty 30 trillion won ($27 billion) special dividend from its $70 billion cash pile. Shares rose as much as 5% to a new record as other minority investors voiced support.

“This came at the right time for Samsung,” said Daishin Economic Research Institute analyst Ahn Sang-hee. “It’s as if someone came and hit their cheek just when they wanted to cry. In Samsung Group’s case they have probably wanted to say something like this and now a foreign stakeholder has spoken up.”

The future of Samsung, including its succession plans, has been a matter of intense scrutiny since group patriarch Lee Kun-hee, now 74, was incapacitated by a heart attack in May 2014.

Though there have been numerous theories on how the Lee heirs—Jay Y. Lee, 48, seen as the de facto leader of the Samsung Group conglomerate, and his two sisters—will ultimately secure control of Samsung Electronics, the group’s flagship company, the family has yet to publicly discuss its plans.

Many analysts and investors believe Samsung Group will seek a “de-merger” along the lines sought by Elliott in a way that increases the Lees’ direct control of the conglomerate’s crown jewel. The family members’ combined stake in Samsung Electronics is 4.9%, based on a Sept. 9 filing and the firm has a market value of about $230 billion.

Samsung declined to comment on whether it was in direct contact with $27 billion fund Elliott on the latter’s approach. Elliott on Wednesday said its proposal would allow the Lee family to retain its control of Samsung Electronics and also simplify the group’s ownership structure.

Relations between Samsung and Elliott, founded by billionaire Paul Singer, soured last year in a lengthy, bitter feud over a merger of two Samsung affiliates. The deal, seen as a stepping stone in the family succession plan, was opposed by the fund as not offering investors full value but eventually went through.

It was not immediately clear whether Elliott had already begun communicating with other shareholders, but some Samsung Electronics investors publicly backed the U.S. fund’s push.

“We are supportive of restructuring and a higher dividend payout to unlock the value in the business,” Andrew Gillan, head of Asia ex-Japan at Henderson Global Investors, told Reuters in an email on Thursday. Henderson owns 0.12% of Samsung Electronics, according to Thomson Reuters data.

Dutch pension fund APG Asset Management, which has a 0.8% stake, said it was positive about Elliott’s proposals. “Elliott is not making excessive demands. What they are saying is in line with common sense,” said Park Yoo-kyung, a Hong Kong-based director specializing in corporate governance at the Dutch fund.

Analysts said Elliott’s proposals will likely lead to further pressure from offshore investors for the conglomerate to open up on its plans and make sure their interests are protected in any further restructuring. Of Samsung Electronics’ top 20 shareholders, a total of 11 are international investors, according to Thomson Reuters data.

Meanwhile a spokeswoman for South Korea’s National Pension Service (NPS), the biggest investor in Samsung Electronics with a 9.2% stake, said it was monitoring the situation, but said it was too early to make comment. The NPS played a significant role in the Samsung-Elliott spat last year, its backing for the deal helping to secure its passage.