How a Peanut Seller Became One of Asia’s Biggest Billionaires 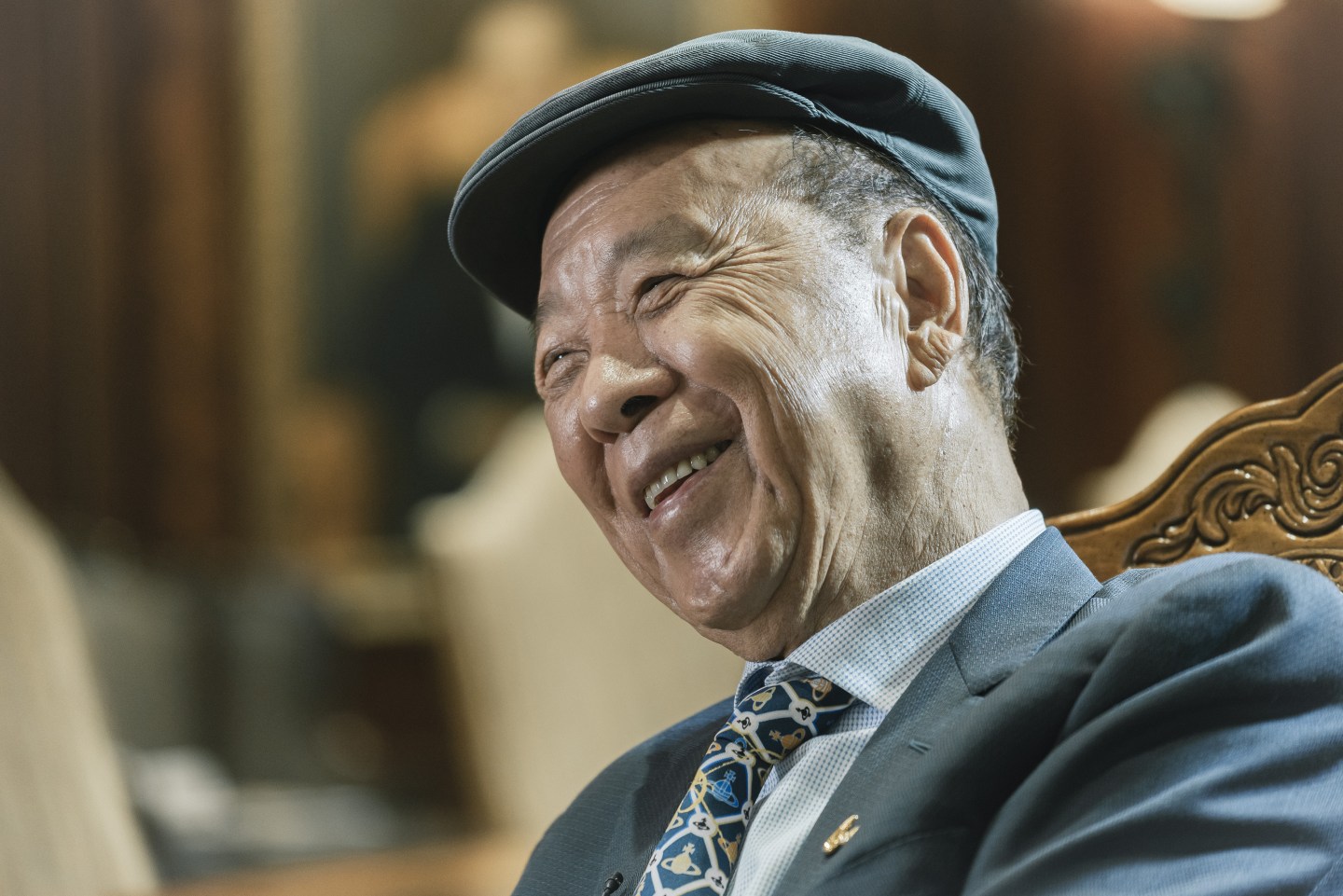 The man has made billions building up a conglomerate spanning real estate, gambling, and hospitality. His name is emblazoned across university buildings. He has been honored by Queen Elizabeth. And, for a time, his net worth propelled him to the title of Asia’s second richest man.

But as Lui Che Woo sits in a convention center on Monday morning, the 87-year-old Hong Kong tycoon wants to talk about something else, something he says has stuck with him since childhood.

In his words, it’s the importance of world civilization, positive energy, and moral education—one of the lessons he adopted from growing up in Japanese-occupied Hong Kong, and the reason he’s decided to honor former U.S. President Jimmy Carter this week with the Lui Che Woo Prize, a now-annual tradition he says he’ll pass on to his children.

This year’s recipients: President Carter, Chinese agricultural scientist Yuan Longping, and the Doctors Without Borders organization. Each will receive HK$20 million (US$2.56 million) for their contributions to international human rights, food supply security, and the treatments of cholera and Ebola, respectively.

Taking delicate sips from a glass of water as his workers scurry to set up the evening’s ceremony, Lui reflects on what were likely some of his and Hong Kong’s darkest days. For someone who is pledging millions of dollars to promote the hard-won progress of society, the self-made billionaire has seen some downright uncivilized things.

After all, he was only a boy when he saw bodies piled in the streets during the Second World War. He was still young, he says, when he saw regular people “starving to death.” And he may never forget the day he saw an act of outright cannibalism.

“I saw much of the difficulties people faced during that time,” Lui tells Fortune in an interview. “I remembered all this.”

It was, among other things, a formative lesson for the future K. Wah Group and Galaxy Entertainment chairman about the meaning of economic empowerment. In particular, Lui says, he wondered why the “Chinese people were mistreated by the Japanese.”

“They said, ‘You Chinese are poor and illiterate,’” he says. “I remember that in my heart, even up to this day.”

Lui had to drop out of school in the sixth grade. As a teenager, he made a living selling peanuts and peanut brittle to people lining up to leave Hong Kong’s turmoil.

“During those sam nin ling bat goh yuet, we didn’t go hungry,” he says, using the Cantonese colloquialism for Japan’s 44-month occupation. “And in the later stage, I could even make some money.”

When the war ended, Lui followed his uncle into a car parts trading company, where he worked as a stock keeper. He later branched out, buying another firm when he was about 20 years old. Then he started hearing about all the leftover U.S. military equipment that was being auctioned off in Okinawa, Japan.

The bulldozers he bought there would help create Lui’s meal ticket to Hong Kong’s restrictive and lucrative land development business, at a time when the city “still relied on manual labor to flatten hills and reclaim land,” he recalls. Lui’s empire gradually expanded to launch businesses in the construction materials, property development, and hotel industries.

The opportunities he found weren’t lost on him. “I was lucky,” he says repeatedly.

About 60 years ago, as he began making money, Lui says he was constantly reminded by the fact that “there were few opportunities for people to study. Why was that? They had no facilities, no campuses, no schools, no nothing.”

He started offering to help set up schools in China, a number he’s now lost track of but suggests stretches into the hundreds. Later, he included universities in his donations, returning to the hometown he left at age 4, Jiangmen, to set up a building at the local Wuyi University.

“I engage in philanthropy and donate money when and where I think is needed and right,” says Lui. “That’s always been my intention.”

While advancements in technology and development reach new heights, values that were “written clearly in religious principles” have been neglected, he says.

“How not to fight with one another. How to help one another whenever someone is down,” Lui says. “I want to remind society of how to do these simple things.”

The soft-spoken chairman says he’s not particularly religious, choosing instead to adopt basic principles: “to help people, to not do things I shouldn’t do, to help this world.”

“I don’t want to just say it—but to do what I really need to do,” he adds.

Asked whether he believes enough of China’s rising wealthy class give back to their communities, Lui responds, “However others do it, they still do it out of their good intentions. I, myself, respect each one of them, and will not comment or criticize what they do.”

It’s all rather Zen, befitting Lui’s belief in the importance of emanating “positive energy.” But at a time when a not-so-different question of “temperament” is being weighed heavily in the U.S. presidential election, does Lui have thoughts on, say, the discourse around leaders like Hillary Clinton and Donald Trump? How’s their energy?

Lui chuckles. “Being a leader in today’s world is hard, very hard,” he says simply. “There are too many people with knowledge and opinions. It’s hard to pacify and satisfy them.”

Lui has a relatively low profile outside of China. He is perhaps best recognized for his signature look, a newsboy cap that he wears everywhere, even meeting with world leaders. Today, he’s picked a dark gray from his collection of more than 100 hats, pairing it with a suit and a black and burnt orange tie.

Asked why he’s never without the hat, Lui breaks into a smile. The short answer? “I am bald, and I might catch colds easily,” he says. He talks about the air-conditioning at his meetings “blowing in any direction.”

Sometimes, people who remember his trademark look give him beautiful hats as gifts, he adds. “On Sundays and holidays, I might even wear fancier hats than usual. The pretty boy hats.”