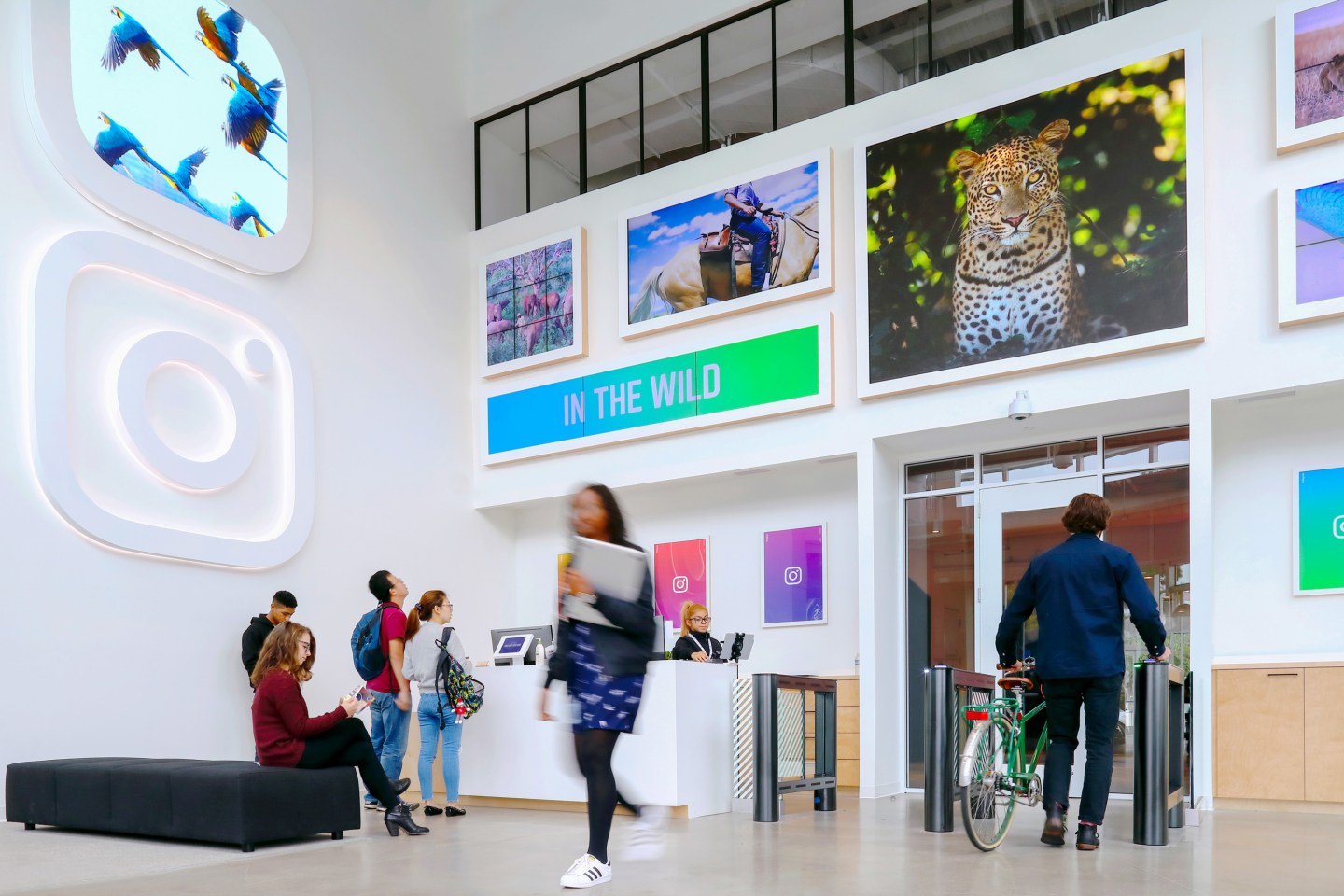 Instagram has been touting its advertiser growth, but the Facebook-owned photo and video sharing app is also growing in other ways, namely its employees. While the company only had 13 employees when it was acquired by Facebook in 2012 for $1 billion, it now houses 400-plus employees, most of whom are based in Facebook’s Menlo Park headquarters.

That means that the organization is due for a new, larger office, explained Instagram COO Marne Levine. And on Thursday, Instagram debuted its new digs, complete with a library, photo creation area, and Blue Bottle Coffee.

Although it’s only six years old (the company celebrated its six-year anniversary on Thursday), Instagram has become a behemoth in social media, especially amongst younger, millennial users. According to an e-marketer report, this year, there will be 48.2 million millennial Instagram users in the U.S. By 2019, nearly two-thirds of all millennial smartphone users will use Instagram. In total, Instagram now counts 500 million monthly active users.

Instagram is also a big business, and while Facebook (FB) hasn’t yet disclosed any numbers about how Instagram’s ad revenue is faring, analysts say that is already massive. Credit Suisse estimated that Instagram sold $730 million in ads during the final three months of 2015, and projected $3.2 billion in revenue for this year. By 2017, Credit Suisse said Instagram would have $5.3 billion in sales.

With potentially billions in sales, the mobile app appears to be growing up when it comes to its physical space as well.

While Instagram was previously based on a floor in one of the buildings on Facebook’s campus, the division now has its own standalone building. The previous space was around 45,000 square feet, and the new, multi-level space is 65,000 space, including a coffee shop, library and its own cafeteria.

One of the main differences in the interior design of the building is how it matches the look and feel of the actual Instagram app, explained Head of Design Ian Spalter. The office space is mostly white, with pops of color coming from screens and framed Instagram photos from its users.

The space also has many more areas where employees and visitors can snap their own Instagram photos, including a “creation area.” The space’s light can be adjusted to include sunset or sunrise lighting, a starry night, or the moon or the sun. There are also built-in clouds in the space.

In the lobby, multiple screens feature a rotating shuffle of Instagram photos from users. And what Silicon Valley startup office wouldn’t be complete without an artisan coffee bar? In Instagram’s case, it’s a Blue Bottle cafe, which also features its own selfie wall for photos of customers.