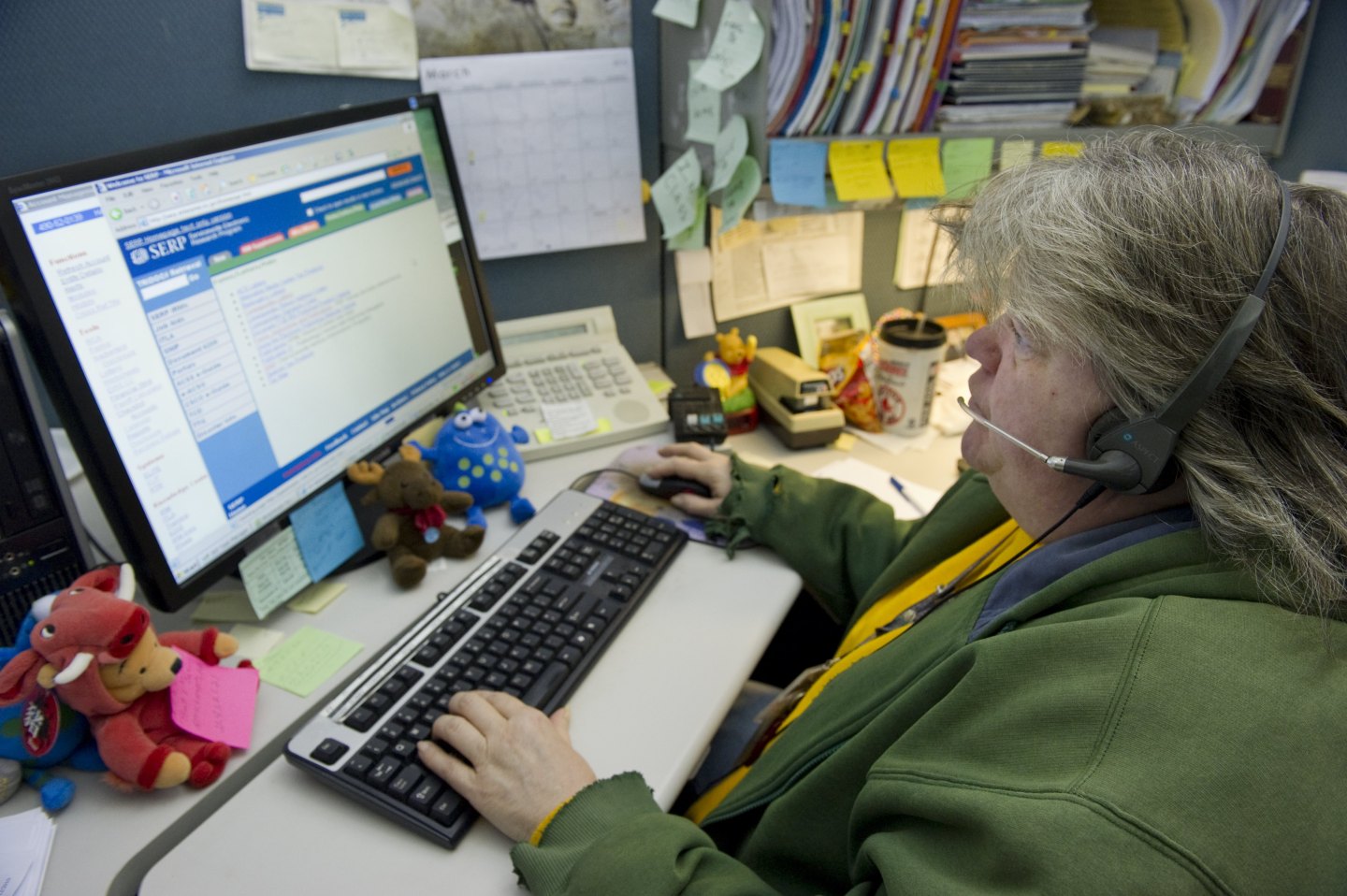 ANDOVER, MA - MARCH 25: Dee Fox answers calls from the public at the IRS Andover Service Center in Andover, Massachusetts. Over 1,000 employees, including customer service and call center representatives, field questions from the public, most often about tax laws or when they can expect to receive their refund. (Photo by Mary Knox Merrill/The Christian Science Monitor/Getty Images)
Photograph by Mary Knox Merrill—Christian Science Monitor/Getty

Indian police have arrested 70 people in relation to an alleged call center scam in the city of Mumbai, accusing them of being part of a scheme that conned more than $100,000 a day from U.S. citizens.

Some 200 officers raided the reportedly bogus call centers on Tuesday after an anonymous tip about an international phone scam, reports the Guardian.

Police claim the scam operated for more than a year and employed more than 750 people.

According to the Hindu, alleged scammers duped Americans into giving out their bank details by pretending to be IRS officers. They would tell their targets that there were irregularities in their tax payments and that they could face up to three months in prison. When the victims believed them, they would be duped into paying fines.

“After an amount agreeable to both parties was reached, the targets would be asked to pay via international gift cards or iTunes,” Police Commissioner Param Bir Singh told the Hindu.

A Mumbai police spokesperson told the Guardian that U.S. authorities were not involved in the case.