What It Really Costs for Colombia to Strike a Peace Deal 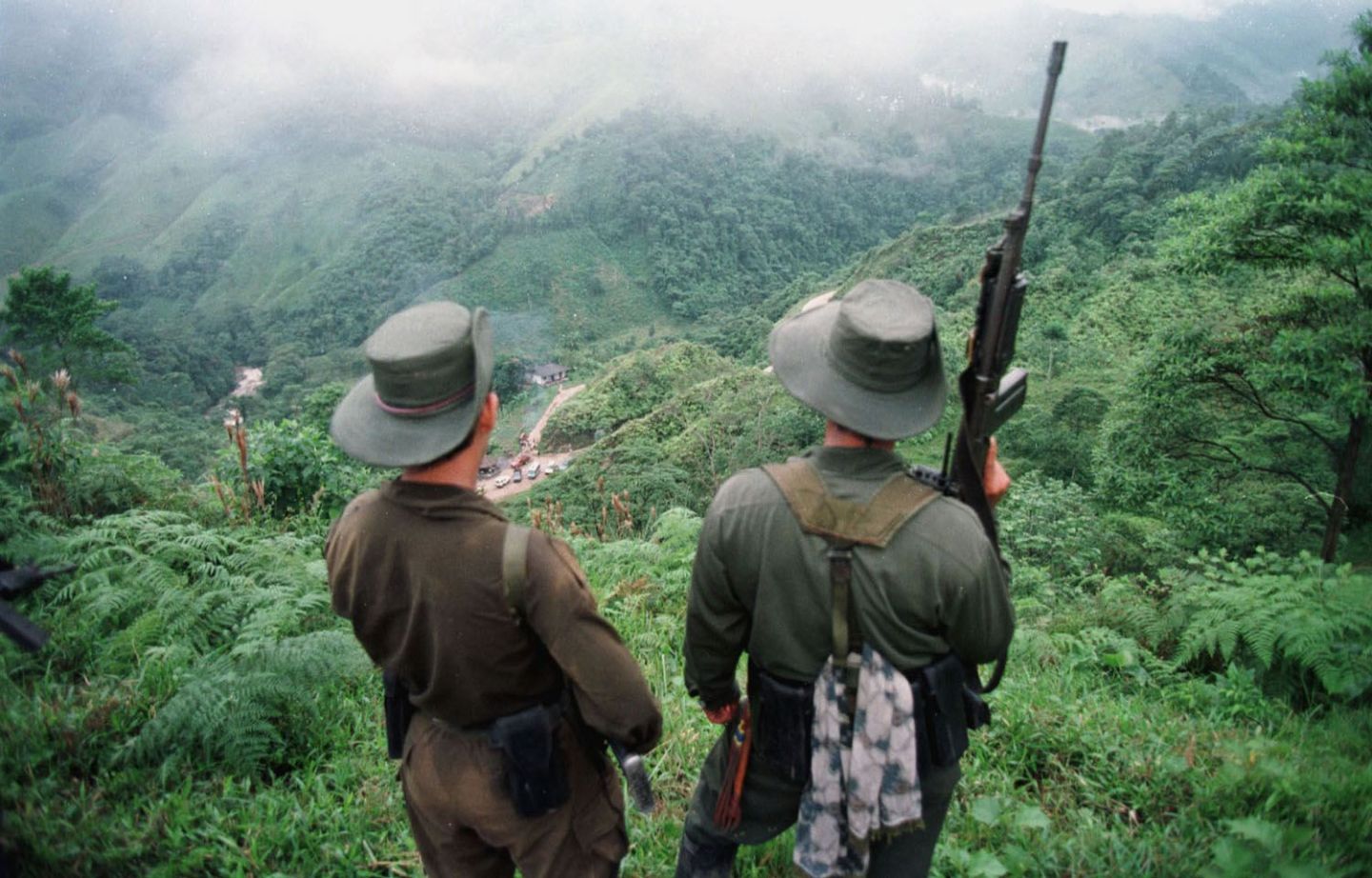 FLORENCIA, COLOMBIA: Two armed soldiers belonging to the Revolutionry Armed Forces of Colombia (FARC) monitor the Berlin pass, 07 March, near Florencia, in the southern Caqueta province of Colombia, where cars are prevented from going through after the rebels decreed 06 March a ban on "travel on roads and waterways for six days". The rebels try to dissuade voters from casting their ballots in the 08 March elections for congress. According to the rebels, the elections 08 March are illegitimate because the left has been forced out of national politics, following the murder over the past years of thousands of Colombia's left-wing politicians and supporters. AFP PHOTO PEDRO UGARTE (Photo credit should read PEDRO UGARTE/AFP/Getty Images)
Pedro Ugarte—AFP/Getty Images

Colombian voters’ narrow rejection this week of a peace agreement to end the country’s six-decade conflict with the FARC rebel group has unsettled domestic and international observers. Now after Sunday’s vote, many are wondering what comes next.

While Colombia’s future remains in the hands of its people, now is the time for the international community to make the prospect of imperfect peace more palatable to Colombians by stepping up its commitment to supporting the country’s post-conflict future.

The lingering fear and anger that fueled the peace agreement’s defeat is legitimate and must be recognized. After so many years of bloodshed and division, the bitterness and distrust will not be easily overcome. But history tells us it can be done — just look to countries that have managed to walk a difficult path to peace, such as South Africa, Rwanda, and Northern Ireland.

Under a ratified peace deal, it was thought that many of Colombia’s more than 6 million internally displaced people – who had fled their homes to escape conflict – will come home. While economists believe peace and safety in formerly conflict-laden areas will yield a massive peace dividend and catalyze an economic boon in the long term, the up-front costs of helping people return and deliver public services in formerly rebel-held territory will be immense. Some have put the costs of peace as high as $44 billion over a 10-year period.

Despite the eagerness with which donors were willing to provide Colombia with assistance to advance the military campaign against the FARC, prying their wallets now to win the peace has proven more difficult.

Under the so-called “Plan Colombia,” the United States provided its South American ally with more than $10 billion between 1998 and 2015. Washington heralded the money as a way to offer Colombian coca producers financial support for alternative livelihoods and reduce the flow of Colombian cocaine into the United States. A significant share of U.S. assistance was military aid, however, helping former Colombian President Alvaro Uribe claw back territory from the FARC and weaken its military operations.

With the bells of peace beginning to ring, the White House again extended its hand, but this time the offer was much smaller. During Colombia President Juan Manuel Santos’s visit to Washington in February, U.S. President Barack Obama pledged a new $450 million aid package to his Colombian counterpart. While generous, the offer falls short of what Colombia needs from its wealthiest ally to pay for peace.

Only Colombians can decide whether to approve a revised peace deal if it comes before them. But to reduce the risk of a return to war, the international community should make the people of Colombia an offer that is hard to refuse.

First, the United States can increase its post-conflict pledge by an order of magnitude. Having played an important role in the military escalation under Plan Colombia, the United States has both a moral and foreign policy interest in promoting a stable peace. At the same time, other donors, such as Great Britain, France, and G7 and G20 countries can forgive some or all of Colombia’s bilateral debts as a reward for successfully constructing peace. The global community can send the message unequivocally that conflict burdens, while peace pays.

Second, multilateral institutions such as the World Bank Group and the Inter-American Development Bank can use their considerable expertise, financing mechanisms, and convening power to offset post-conflict costs and challenges. In their mandates to fight poverty and support economic stability across the region, these institutions have a material interest in helping forge a durable Colombian peace.

Finally, the corporate sector, academic institutions, and civil society can also play a critical role. Businesses across the region have much to gain from peace through investment opportunities and new consumer markets. Universities can provide scholarships to displaced people returning to their communities, and to help ex-combatants transition into productive, peaceful civilian life. Artists, musicians, and filmmakers can also contribute, by fostering creative outlets that help people ease their grief and find creative, rather than destructive, outlets for deep-seated pain.

What happens next in Colombia will have global implications. We all have an interest in showing that constructed peace is possible, no matter how long it takes or how imperfect it may be. If Colombia provides that lesson, it could open the door for new, similar agreements in conflict zones around the globe. If, by contrast, the lesson is that negotiated peace is not worth the time and effort required to achieve it, warring parties will face incentives for further violence.

While Colombia’s path forward will – and should — be determined by the country’s citizens, the international community should do everything it can to ensure the voice of citizens comes down on the side of peace.

After the courageous work done on all sides over the last four years, now is the time to step up and not step back from the negotiating table. We have seen countries come close to peace before only to fail at the last minute and return to endless conflict. Like in the Middle East, we continue to pay the price for those failures.

Let Colombia learn this lesson and, with our support, go the last mile to deliver its peace.

Alan H. Fleischmann, President & CEO of Laurel Strategies, Inc., is the former Staff Director of Committee on Foreign Affairs Subcommittee of the Western Hemisphere of the U.S. Congress. Ian Solomon, CEO of SolomonGlobal LLC, is the former United States Executive Director of the World Bank Group.