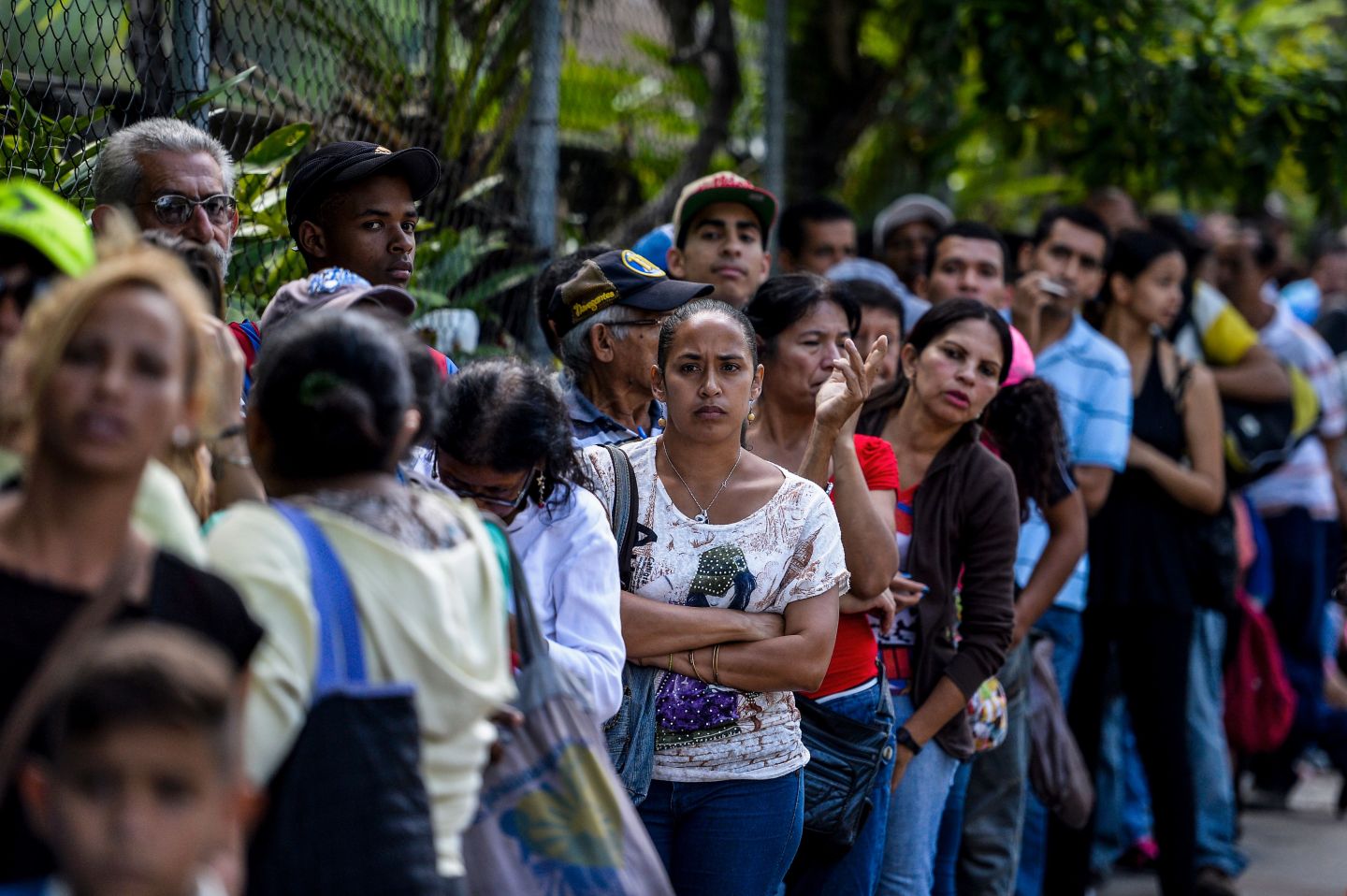 For decades, jobs at Venezuela’s state-run oil giant PDVSA were coveted for above average salaries, generous benefits and cheap credit that brought home ownership and vacationing abroad within reach for many workers.

Now, in Venezuela’s asphyxiating economy, even PDVSA employees are struggling to pay for everything from food and bus rides to school fees as triple-digit inflation eats away incomes.

They are pawning goods, maxing out credit cards, taking side jobs, and even selling PDVSA uniforms to buy food, according to Reuters’ interviews with two dozen workers, family members, and union leaders.

“Every day a PDVSA worker comes to sell his overall,” said Elmer, a hawker at the biggest market in the oil city of Maracaibo, as shoppers eyed pricey rice and flour imported from neighboring Colombia.

The bulk of PDVSA’s roughly 150,000 workers make from $35 to $150 a month plus some $90 dollars in food tickets, as calculated at the black market exchange rate. It is still more than many Venezuelans, but not enough, employees say.

“Sometimes we let the kids sleep in until noon to save on breakfast,” said a maintenance worker who works on the shores of Maracaibo Lake, Venezuela’s traditional oil-producing area near the Colombian border. He said he has lost five kilos (11 lb) this year because of scrimping on food.

The toll of the economic crisis is fueling worker disillusionment, absenteeism, and a brain drain and is hurting efficiency in the industry which produces more than 90% of Venezuela’s export revenue.

“Most of us aren’t as productive as we used to be, because we’re more focused on how to survive economically,” said the maintenance worker, speaking on condition of anonymity as he said he feared reprisals.

That adds to a wide array of problems caused by a cash shortfall – from underinvestment and part shortages to poor maintenance, theft and insufficient imports for blending.

As a result, the OPEC member’s oil output tumbled this year, dealing another blow to the unpopular government of leftist President Nicolas Maduro, already under pressure due to low international oil prices. (Graphic: http://tmsnrt.rs/2doEN3w)

PDVSA, which did not respond to a request for comment for this story, says its employees are happy and state television regularly shows crowds of cheering PDVSA workers in red overalls. The company talks of a right-wing media campaign to discredit late leader Hugo Chavez’s “21st century Socialism.”

“While PDVSA does not escape the (oil) price situation, its workforce remains intact and ready to generate initiatives to boost major projects,” it said recently.

In Ciudad Ojeda, a hot oil town that hugs the shores of Lake Maracaibo, food lines and shuttered shops dot the city of roughly 92,000 and, for the first time, the opposition-led mayor’s office is organizing soup kitchens.

A former PDVSA worker, who quit earlier this year because he could earn more driving a taxi, said that over the past months he sold four overalls and one pair of boots to feed his three children. He bartered another pair of boots for meat. He also sold his furniture, including his dining table, to buy food.

Further north at the massive Paraguana refining center, a mechanic and a father of two, recently offloaded new boots for roughly $7 – “cheap, so I could sell quickly and get food.”

Despite their anger, workers say they are scared to protest.

Since Chavez opponents tried to oust him by shutting down the oil industry in a months-long strike that started in 2002, stoppages are considered sabotage.

Oil workers duck out of work to stand in food lines, and people at the Petrocedeno oil upgrader in eastern Venezuela say rowdy company cafeteria queues now start an hour before lunch as workers jostle before food runs out.

Maduro blames these shortages on U.S.-backed businessmen he says are hoarding products to torpedo his government, an argument that still resounds with some workers.

“The situation is tough because of the ‘economic war’,” said PDVSA cook Moraima Reyes in Paraguana. “That’s why we’re defending the revolution more than ever.”

But many speak of leaving PDVSA or Venezuela altogether, joining a brain drain that has seen professionals flock to Colombia, Spain or Panama.

“What’s the point of working? It’s impossible to have a good quality of life,” a former automation specialist at PDVSA said in a phone interview. Last year he moved to the United States, where he has to hold several jobs, including in a restaurant and a car dealership.

“I have no regrets. Whatever it takes to escape Venezuela’s communism.”