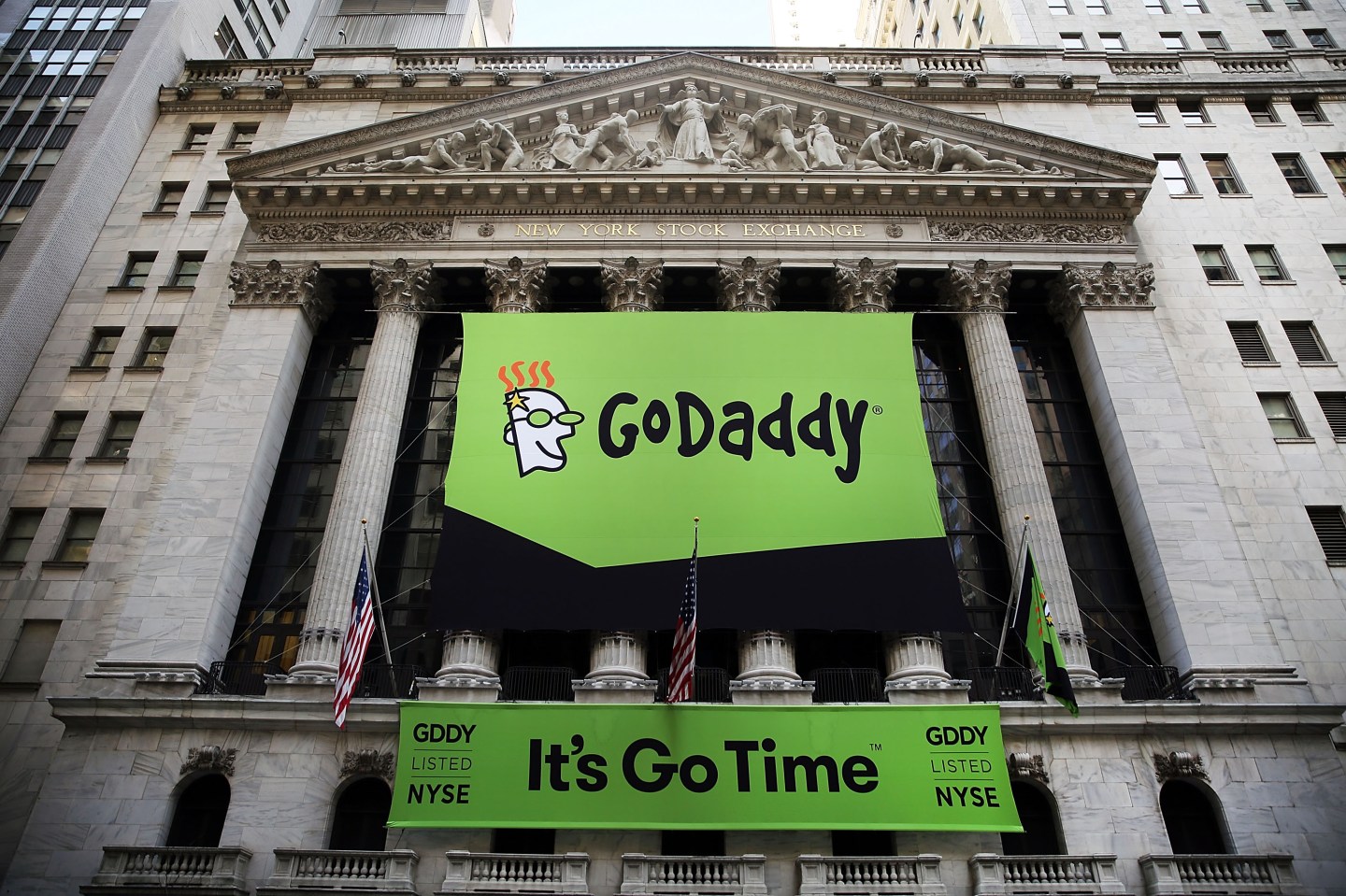 NEW YORK, NY - APRIL 01: The GoDaddy banner hangs outside of the New York Stock Exchange as the website hosting service makes its initial public offering (IPO) on April 1, 2015 in New York City. GoDaddy, which manages about a fifth of the world's Internet domains will list on the New York Stock Exchange under the ticker "GDDY" and priced its IPO at $20 Tuesday night. (Photo by Spencer Platt/Getty Images)
Photograph by Spencer Platt—Getty Images

HEG, one of Europe’s largest independent web hosting firms, was put up for sale by private equity firm Cinven before the summer but the process was put on ice due to market volatility resulting from Britain’s vote to leave the EU.

Cinven has now resumed efforts to sell the web hosting firm, which is valued at about 1.5 billion euros ($1.7 billion), the sources said. It wants to receive indicative offers next week, and is hoping to sign a deal before Christmas, they said.

Deutsche Telekom has teamed up with U.S. private equity fund Hellman & Friedman while United Internet is working on a bid with U.S. buyout fund Warburg Pincus, the sources said.

Web hosting firm GoDaddy (GDDY), owned by private equity firms KKR and Silver Lake, is also considering a bid for Host Europe which would help it gain scale in Europe, one of the sources said.

Some buyout funds including Providence, Permira, and EQT may also decide to enter the bidding, the sources said.

Bidders are expected to value HEG at about 10 or 11 times its core earnings of 140 million euros, the sources said, giving it a valuation of about 1.5 billion euros ($1.7 billion), including debt.

The business generates the bulk of its revenues from its mass-market hosting services, one of the sources said, adding that some of the bidders are less interested in its other unit, known as “managed hosting,” and would value this at a much lower multiple.

Deutsche Telekom plans to use its own web hosting subsidiary Strato as a platform to launch a bid for HEG, the sources said. Hellman & Friedman will retain a majority stake in the event of a successful bid, and Strato will act as a minority investor, one of the sources said.

United Internet, instead, wants to have a controlling stake in HEG while its partner Warburg Pincus will be granted a minority stake, the source said.

HEG manages websites and software in the cloud and supplies domain name registration to business clients. It was founded nearly two decades ago in Germany and has changed owners several times since then.