Mercedes Could Be Racing Electric Cars by 2018 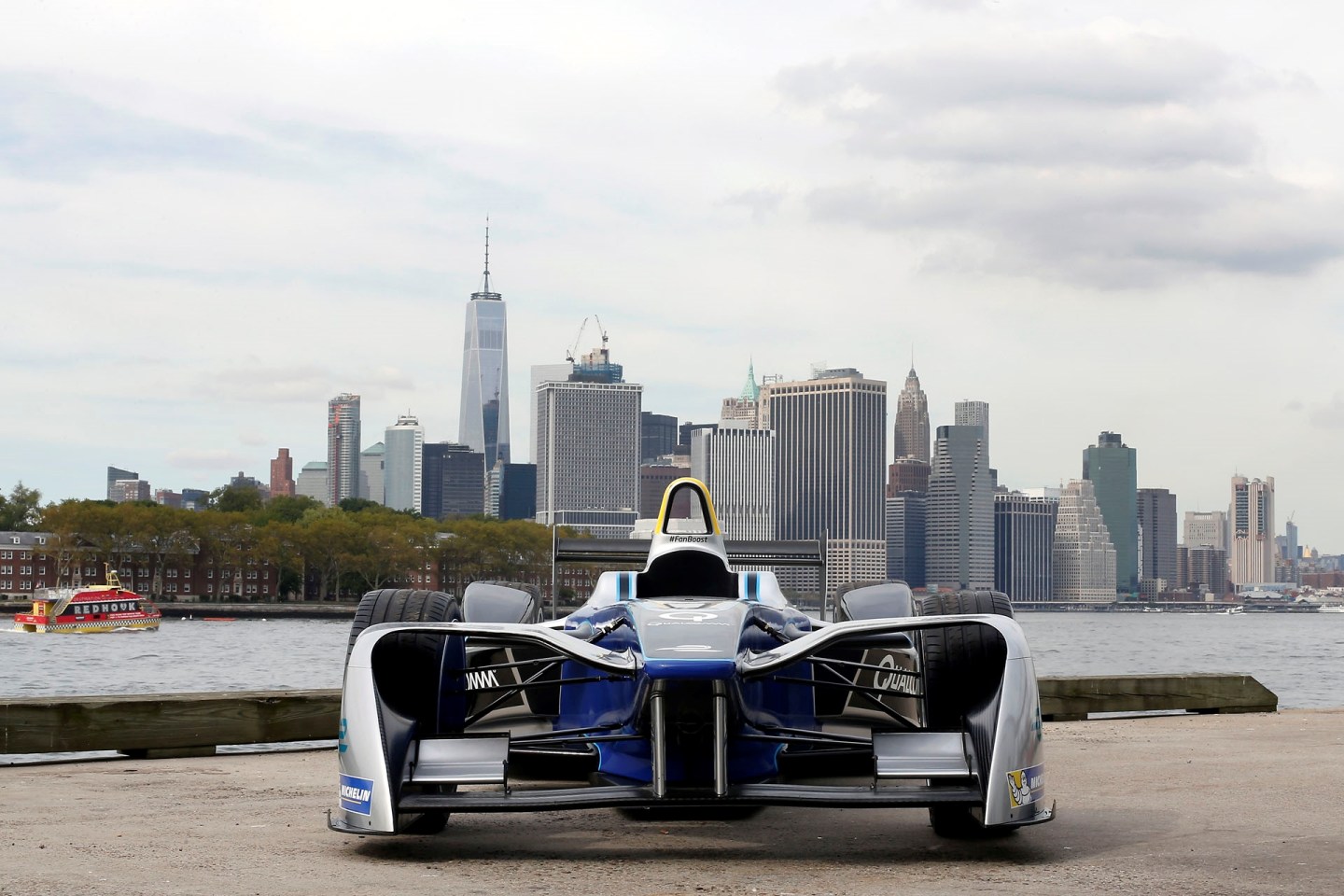 Formula One champions Mercedes could enter the Formula E electric motor racing series in 2018-19 after taking an option to be one of two new teams, they said on Tuesday.

“Mercedes-Benz Grand Prix Ltd (MGP) and Formula E Operations Ltd have signed an agreement by which Mercedes takes an option to enter the FIA Formula E Championship in Season Five,” they said in a statement.

“According to the option agreement, Mercedes may choose to be one of the maximum of 12 entries to be proposed by the championship promoter to the FIA to enter the 2018-19 Formula E Championship.”

The series has 10 teams at present, who are all expected to continue, with the two new entries to be allocated for 2018-19 subject to the approval of the governing International Automobile Federation (FIA).

The fifth season is set to be a milestone for the world’s first all-electric championship with battery development expected to allow drivers to complete races in one car rather than having to switch to a second one mid-race as at present.

“We have been watching the growth of Formula E with great interest,” said Mercedes motorsport head Toto Wolff in a statement.

“At the current time, we are looking at all the options available in the future of motor racing, and we are very pleased with an agreement that secures us an opportunity to enter the series in season five.

“Electrification will play a major role in the future of the automotive industry — racing has always been a technology R&D platform for the motor industry, and this will make Formula E very relevant in the future.”

Daimler’s Mercedes-Benz and Smart brands plan to launch more than 10 electric cars by 2025 and zero-emission vehicles will make up between 15-25 percent of overall Mercedes sales by then, Chief Executive Dieter Zetsche told reporters in Paris last week.

Zetsche said the car maker was preparing a major push in pure electric vehicles thanks to advances in battery technology and greater consumer acceptance of zero-emissions vehicles.

Rival German carmaker BMW, which is working with the U.S.-based Andretti team to gain knowledge about the series, said last month that a works Formula E involvement was “conceivable” from 2018.

British-based Mercedes GP have won the Formula One drivers’ and constructors’ titles for the past two seasons and are set to take both again this year with Germany’s Nico Rosberg and Britain’s triple champion Lewis Hamilton.