Court Rules Maria Sharapova Can Return to Tennis in 2017 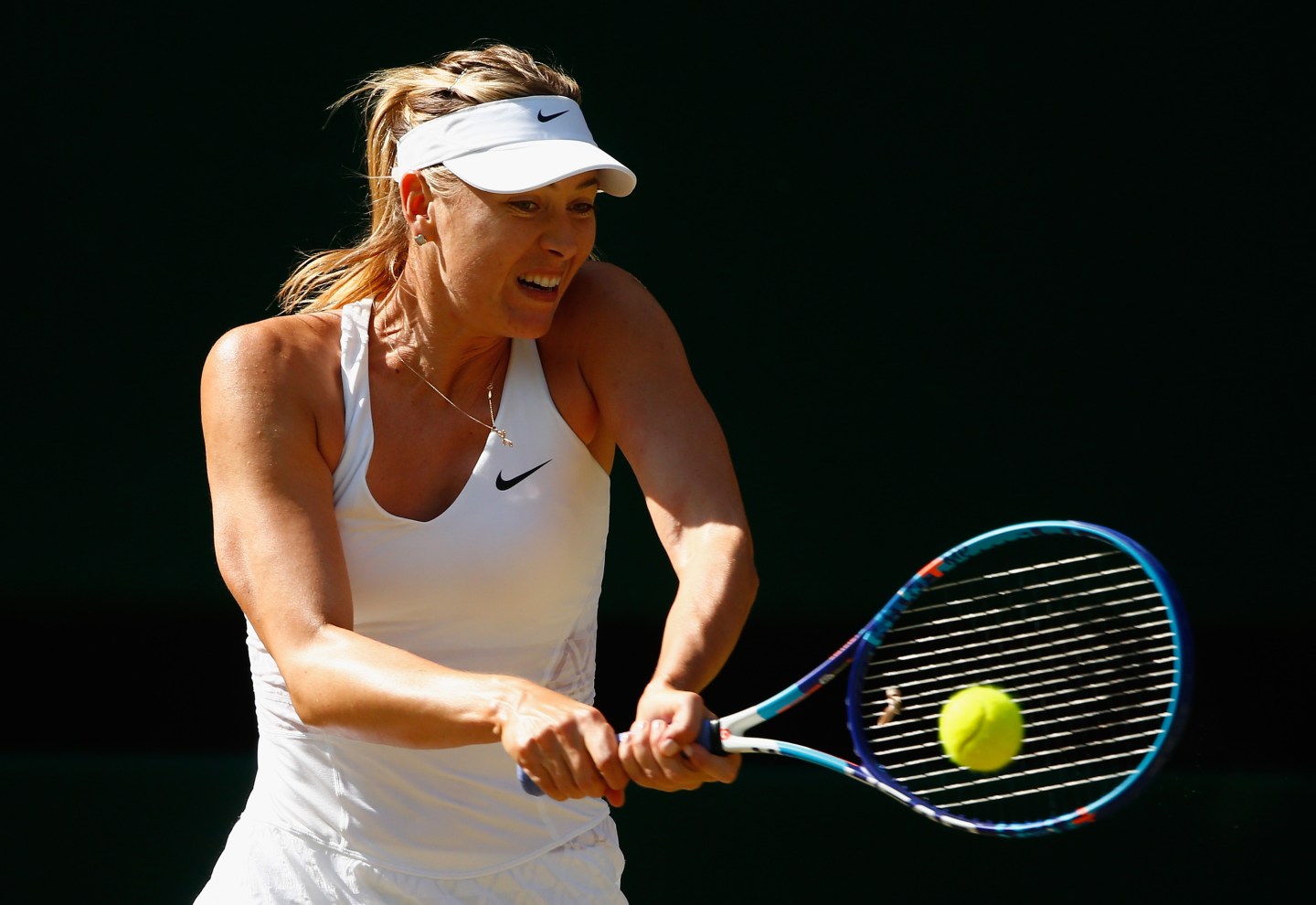 Maria Sharapova said she could not wait to return to tennis next April after the Court of Arbitration for Sport (CAS) reduced the former world number one’s two-year drugs ban by nine months on Tuesday.

Hailing one of the happiest days of her career, the Russian said she had learned a lesson from the “tough months” behind her and hoped the International Tennis Federation (ITF) and anti-doping authorities had also.

“In so many ways, I feel like something I love was taken away from me and it will feel really good to have it back,” the 29-year-old five-times grand slam champion said in a message to fans on her Facebook page.

“Tennis is my passion and I have missed it. I am counting the days until I can return to the court.”

Sharapova was handed the original ban, backdated to start on Jan. 26, 2016, by the ITF following her positive test for the drug meldonium.

The arbitration panel ruled on Tuesday that she had committed an anti-doping rule violation for which “she bore some degree of fault”.

It added that the decision to reduce the ban concerned solely “the degree of fault that can be imputed to the player for her failure to make sure that the substance contained in a product that she had been taking over a long period remained in compliance with the anti-doping rules.”

Sharapova had called the ITF’s original ruling “unfairly harsh” as an independent tribunal had found that she had not intentionally violated anti-doping rules.

She admitted taking meldonium during the season’s opening grand slam in Melbourne but said she had been unaware that it had been banned by the World Anti-Doping Agency (WADA).

Meldonium was added to WADA’s list of banned substances at the start of the year after mounting evidence that it boosted blood flow and enhanced athletic performance.

“I have learned from this, and I hope the ITF has as well,” said Sharapova, adding that she had always taken responsibility for not knowing the over-the-counter supplement she had taken for 10 years was no longer allowed.

The player said other federations had been much better at notifying their athletes of the rule change, especially in Eastern Europe where meldonium, or mildronate, was taken by millions of people.

“Now that this process is over, I hope the ITF and other relevant tennis anti-doping authorities will study what these other Federations did, so that no other tennis player will have to go through what I went through,” she added.

“It’s good, they reduced the ban”, he told Russia’s TASS news agency. “We want her to play for the national team and win the next Olympics for us.”

“We eagerly await her return to competitive tennis in April 2017 and we are very proud to have stood by Maria for the right reasons throughout these difficult and testing times,” CEO Johan Eliasch said in a statement.