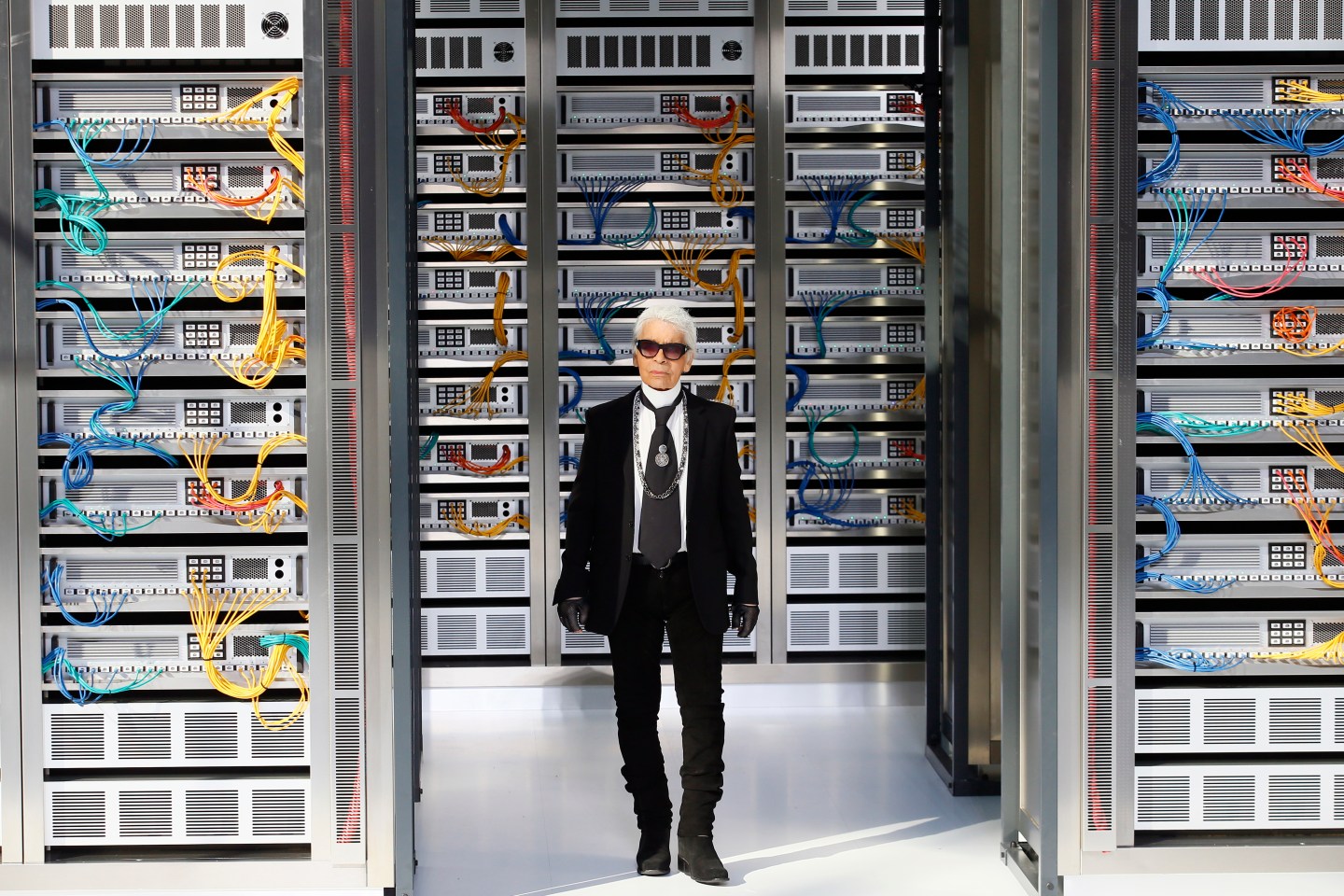 Chanel on Tuesday made fun of how much technology was part of people’s lives by producing a fashion show at Paris’ Grand Palais dedicated to wires, cables, and black data boxes.

The show opened with an all-white tweed suit with a round plastic helmet and boots reminiscent of Star Wars warriors (DIS).

“We all depend on it,” Lagerfeld, 83, told Reuters TV after the show, referring to technology. “Imagine your life without the telephone and the next step will be artificial intelligence and robots.”

Accessories included a small black handbag that was effectively a plastic robot with blinking square eyes.

Chanel, which is privately owned, traditionally organizes some of the most striking shows during Paris Fashion Week. The events help the brand preserve its image which is crucial for retaining customers and wooing new ones.

According to figures filed with the Amsterdam exchange, the French luxury goods maker was hit hard by the luxury spending slump last year.