Stella McCartney Is Blurring the Lines Between Fashion and Entertainment 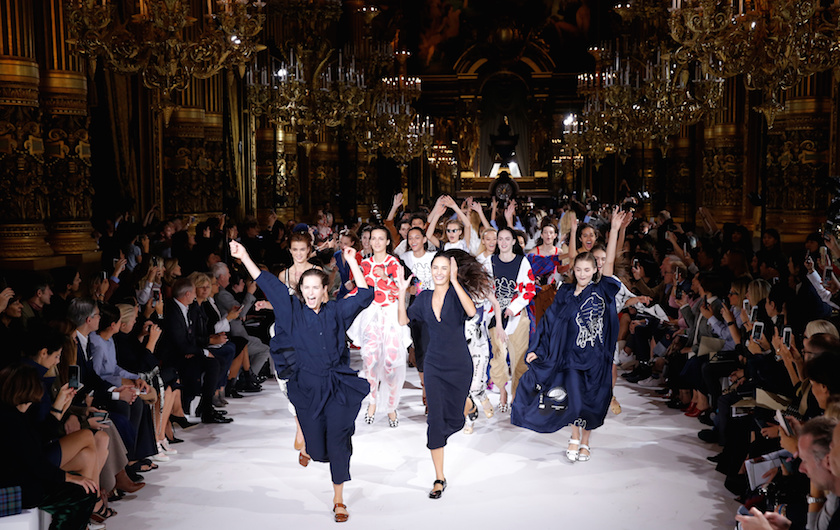 Stella McCartney on Monday gave further evidence that fashion brands are increasingly becoming entertainment companies as she closed her show with models twirling and dancing as if in a Broadway musical.

Fashion brands are stepping up their presence on social media to woo young consumers – the buyers of tomorrow – who spend more time online than with traditional media such as glossy magazines and TV.

Stella McCartney is one of the most active fashion brands on Instagram, with more than 3 million followers. Last year, it invited artists to post illustrations of her show on Instagram, which raised the brand’s visibility worldwide.

“It is important that the show is fun,” McCartney told Reuters after the Paris show. “I am very irreverent, I am British, so I want to have fun, I want to enjoy it and this is what we do in this house.”

It has been all about sports this Paris Fashion Week – with fencing at Dior and car racing at Nina Ricci – and at Stella McCartney, the focus was on gymnastics.

Models strutted down the catwalk in all-in-one pieces with gym tops and wide trousers. There were also white cotton corsets featuring what appeared to be back-supporting belts and stitched in with baggy trousers.

At the end of the show, instead of sashaying down the runway to present the collection as a group one last time, as is normally done, the models formed circles and rows and danced for 10 minutes with arms in the air to loud electro-African music.

“It was magical, it was one of those shows you want to be part of as a model,” actress and model Natalia Vodianova told Reuters. “It was great to see the girls allowed to shine and show their true personality.”

Vodianova sat next to actress Salma Hayek and her husband Francois-Henri Pinault, chief executive of the Kering group, which has a 50 percent stake in Stella McCartney.

Stella McCartney reported sales in its home British market of 31.8 million pounds ($40.83 million) in 2015, against 31.6 million pounds in 2014, and said operating profit in Britain grew 10 percent to 6.63 million pounds over the same period.

Kering does not publish results for Stella McCartney’s performance outside of Britain. But sources close to Kering have said that the brand is one of its fastest growing businesses internationally.