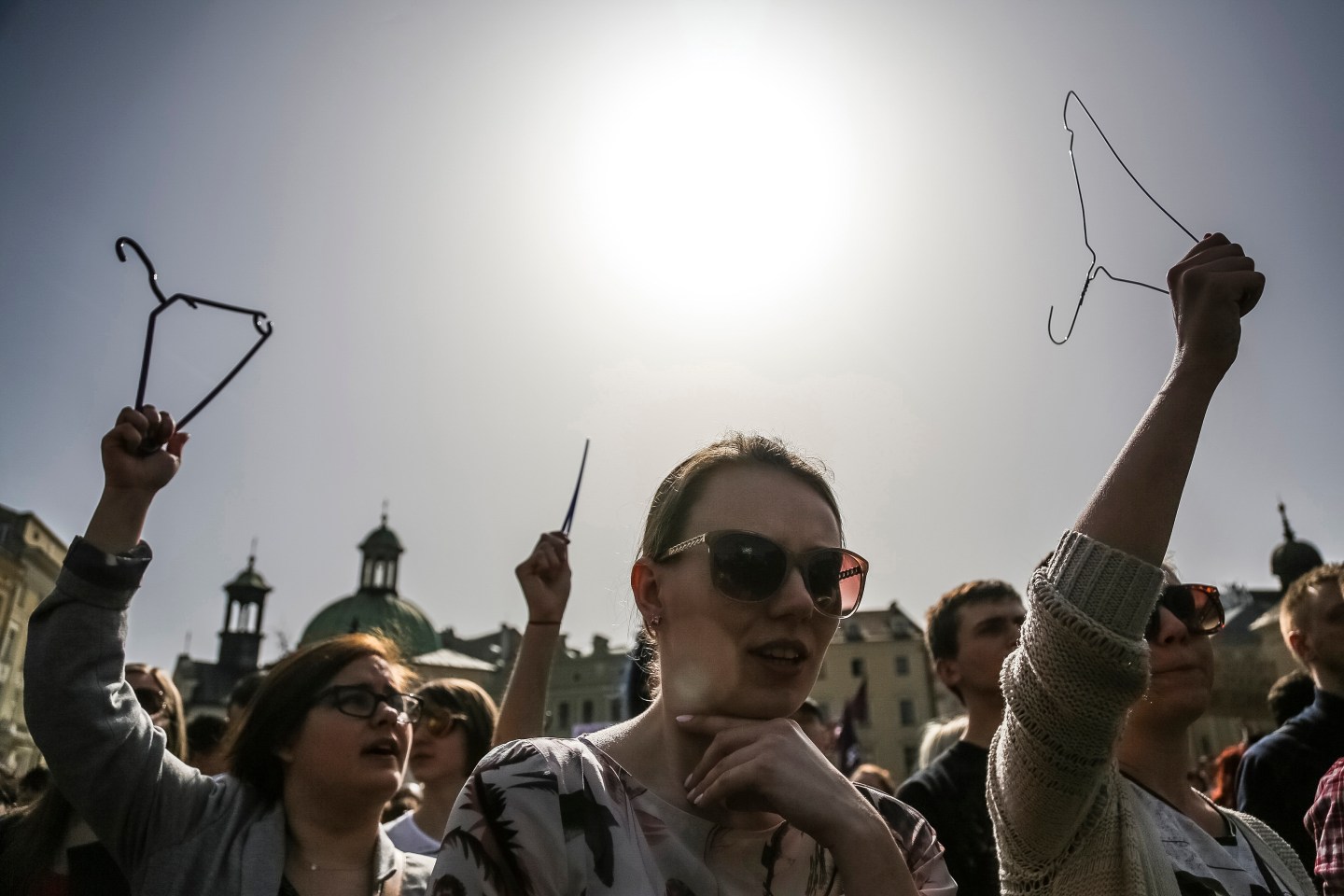 Tens of thousands of Polish women are expected to miss work on Monday to protest a proposed law that would totally ban abortions in the predominantly Catholic country.

According to the Guardian, citing the strike’s Facebook event post, the protest is inspired by a similar movement in Iceland during the 1970s, in which women refused to work and perform domestic duties in order to draw the country’s attention to wage gaps and larger problems of gender inequality.

Bloomberg reports that demonstrators are protesting by wearing black and sending wire hangers to the country’s right-wing Prime Minister Beata Szydlo, who is a devout Catholic and supports the stricter abortion legislation.

Although Poland already forbids abortions except in cases of rape or when the mother’s or fetus’ life is in danger, the new law threatens to ban abortions completely and impose a five-year jail sentence on women who undergo the procedure.

In March, Poland’s ruling conservatives also announced plans to reinstate a prescription requirement for the morning-after pill, which became available without a prescription after a decision by the European Commission authorizing such sales last year.

According to a poll cited by the Guardian, 50% percent of Poles support the strike.