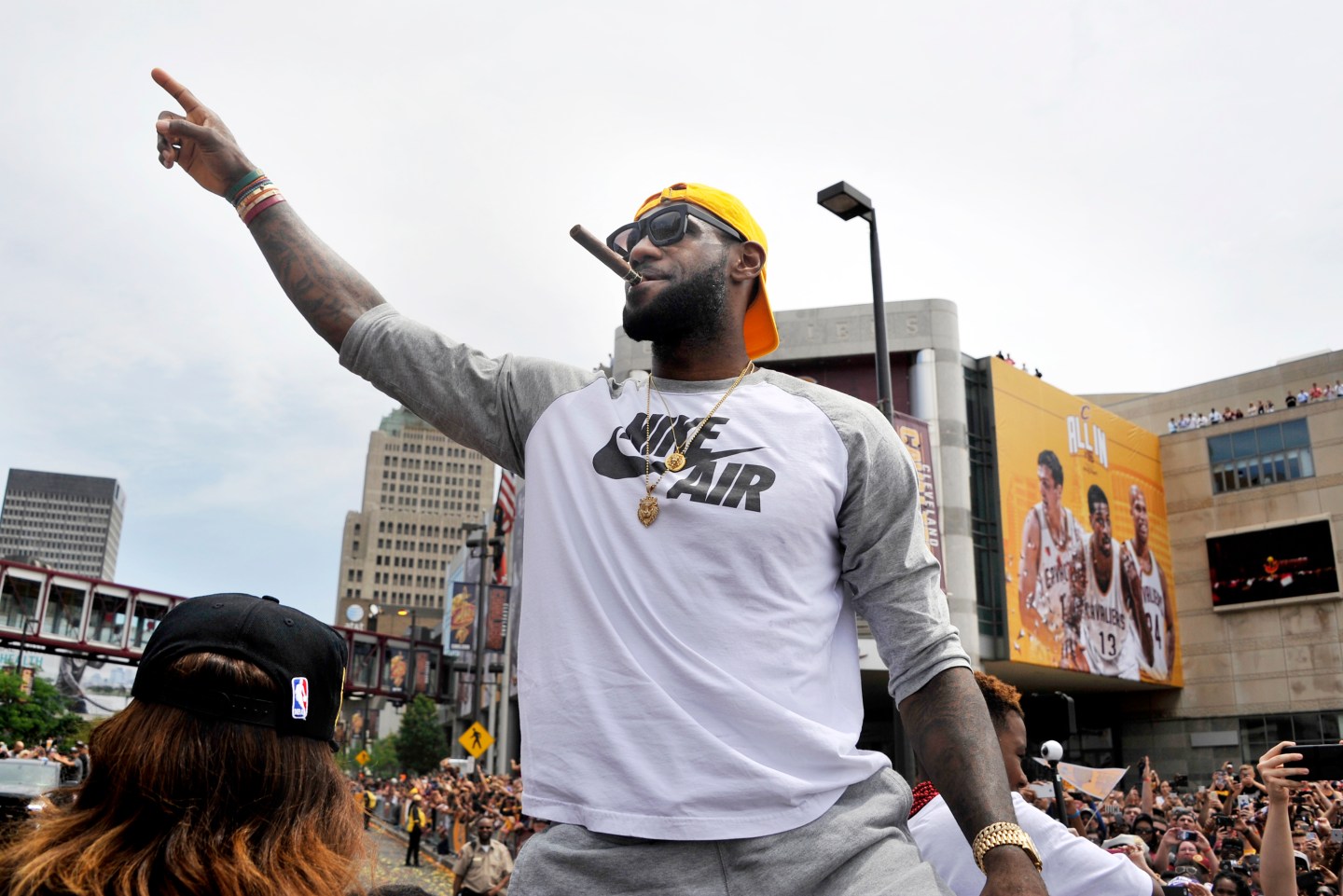 CLEVELAND, OH - JUNE 22: LeBron James #23 of the Cleveland Cavaliers waves to the fans during the Cleveland Cavaliers Victory Parade And Rally on June 22, 2016 in downtown Cleveland, Ohio. NOTE TO USER: User expressly acknowledges and agrees that, by downloading and/or using this Photograph, user is consenting to the terms and conditions of the Getty Images License Agreement. Mandatory Copyright Notice: Copyright 2016 NBAE (Photo by David Liam Kyle/NBAE/Getty Images)
Photograph by David Liam Kyle—NBAE via Getty Images

In an op-ed for the Akron Beacon Journal which was given to Business Insider, Cavaliers star LeBron James endorsed Hillary Clinton for president of the United States.

“I support Hillary because she will build on the legacy of my good friend, President Barack Obama,” James wrote in the piece. “I believe in what President Obama has done for our country and support her commitment to continuing that legacy.”

James cited Clinton’s policies on education and the fact that she is a “unifier” who can help put an end to violence as reasons for endorsing her.

“I don’t know everything it will take finally to end the violence. But I do know we need a president who brings us together and keeps us unified,” James continued. “Policies and ideas that divide us more are not the solution. We must all stand together — no matter where we are from or the color of our skin. And Hillary is running on the message of hope and unity that we need.”

James has emerged as one of the NBA’s most high-profile voices on social and political issues. He has spoken out after several police killings, and his charity launched a program in Aug. 2015 to help students attend college.

The Presidential Election will take place on Nov. 8. Ohio will be a pivotal state.