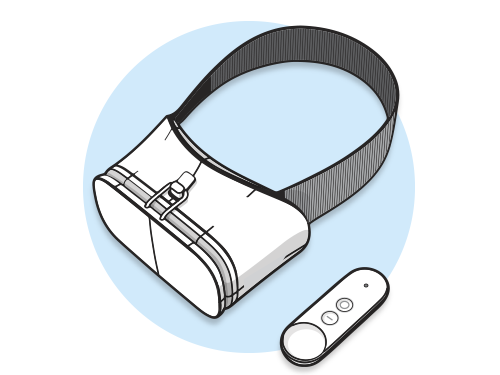 Google plans to debut a new virtual reality headset at an event in San Francisco on Tuesday, according to Variety.

The device, a challenger to Facebook’s Oculus Rift and Samsung’s Gear VR headset, will start at $79, according to the report. It will display virtual reality content by plugging into Android phones and require a small hand controller that resembles a wand.

Google first revealed Daydream, a new virtual reality platform that is part of the latest version of Android, in May. At the same time, it disclosed early plans for the new headset, but without a price and many details except for an early drawing of its design.

Google will also reportedly introduce new Android phones on Tuesday that will work with the Daydream headset. HTC is expected to make the phones under the brand name Pixel.

Daydream’s headset and controller would be one of the lower cost options compared to rivals. Samsung Gear VR is listed at $99 (but currently on sale through Amazon at $69.99). Facebook’s Oculus Rift costs $599 while HTC’s Vive VR system costs $799.

As Clay Bavor, Google’s virtual reality czar, told Fortune in May, the viewer is composed of fabric and fits snugly around a user’s head. It’s more a garment than a “gizmo,” Bavor said at the time, taking a subtle dig at the ski-mask-like Oculus Rift.

Also expected to be revealed at Tuesday’s event is Google’s rival to the Amazon Echo, a home automation device controlled by voice assistant Alexa. The so-called Google Home, according to reports, is similar to the Echo and Alexa, and can look up information from your Gmail accounts, order an Uber to your home, turn off and on lights and more.