Stressed Out by U.S. Election? Tune Out and Assume Downward-Facing Dog Pose 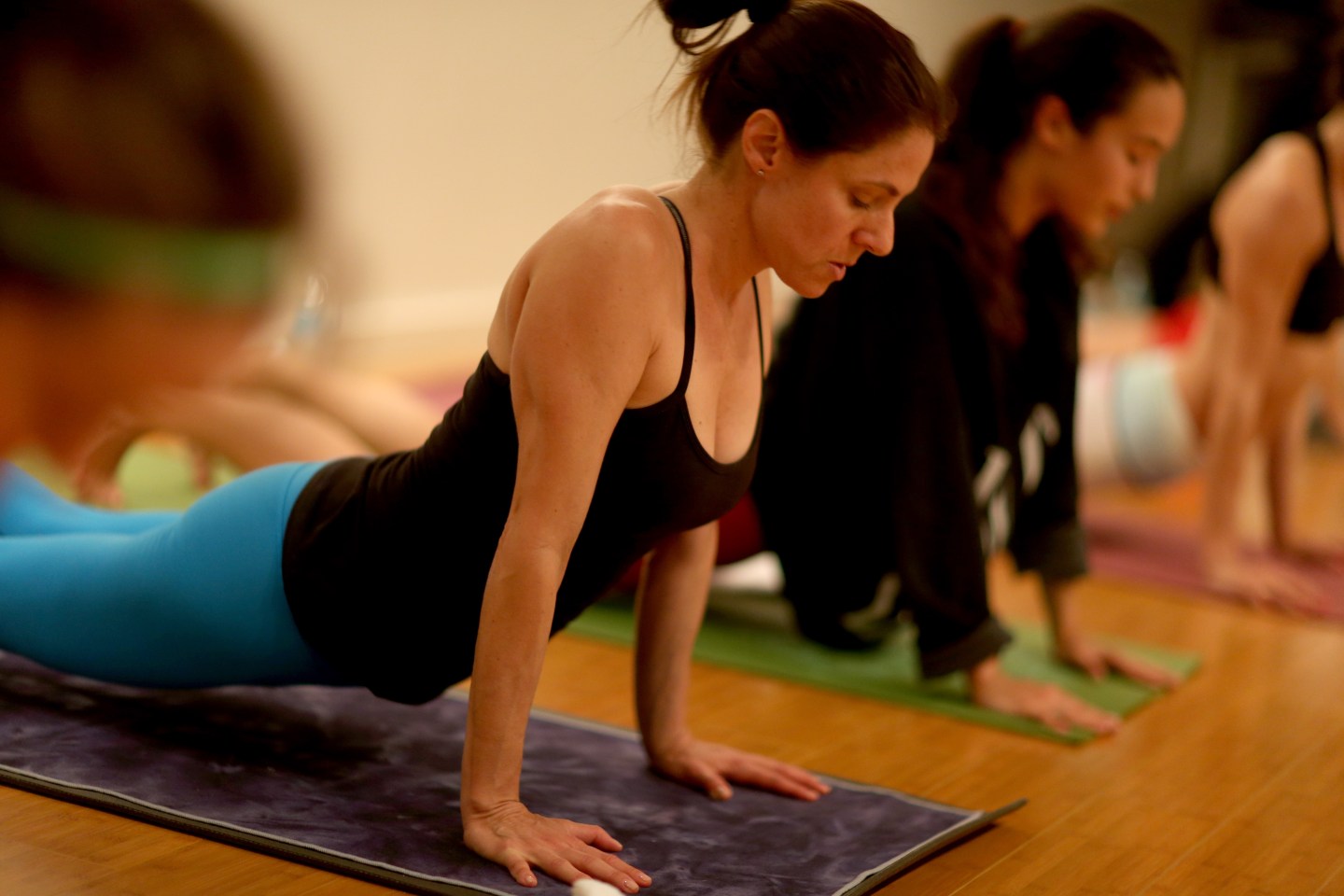 Stop reading the news and take up yoga. That’s what some therapists in the United States are telling patients stressed out by a nasty presidential campaign in which two unpopular candidates are in a tight race for the most powerful office in the world.

While some patients are unhappy with the idea of a Hillary Clinton presidency, most are worried about Donald Trump, a blunt-spoken, insult-spewing New York businessman who has never held public office, according to interviews with seven therapists across six states and the District of Columbia.

The therapists said their patients have complained of difficulty sleeping, irritability and heart palpitations. They said they were advising clients to limit exposure to the news and take up breathing exercises and yoga to calm down.

“I’ve never seen this level of stress and anxiety over an impending election in my 26 years (of practicing),” said Nancy Molitor, a clinical psychologist from just outside Chicago.

Molitor said she had two elderly patients who were worried that their grandchildren would inherit an America in turmoil. Another, a World War Two veteran, sees similarities between Trump and the Italian dictator Benito Mussolini, Molitor added.

Why Are So Many White Americans So Unhappy?

Clinton has accused Trump of racism and sexism, and her campaign frequently calls him “unhinged” and unfit for the presidency, saying he has a volatile temperament that could endanger U.S. national security. Trump, in turn, has said Clinton is a corrupt life-long politician who should be jailed for her use of a private email server without official approval while she was secretary of state.

Philip Muskin, professor of psychology at Columbia University Medical Center, said the anxiety among his patients reminded him of the aftermath of the Sept. 11, 2001 al Qaeda attacks, and the crashing to Earth of America’s first space station, Skylab, in 1979, which had people around the world worried they could be hit by falling space debris.

“Things where, for everybody, the sense of control is gone,” Muskin said.

For more on the presidential race, watch:

There is no data available to quantify the election-related anxiety, but the therapists’ anecdotes give some insight into the state of the national psyche.

Elaine Ducharme, a clinical psychologist from Glastonbury, Connecticut, said the election was also on the minds of all of her patients. “I can’t think of a person I’ve talked to (who) does not feel anxious about this,” she said.

Therapists, themselves, aren’t immune to these anxieties.

“I can’t say to my patients, ‘Oh my God, it’s making me a wreck,’ but I can sit and empathize,” Ducharme said

Meditation Is Now a Billion-Dollar Business

Lynn Bufka, executive director for practice research and policy at the American Psychological Association, said one patient was concerned that much of the criticism of Clinton was just because she was a woman, and this had affected how the patient viewed herself.

“What does this mean for her as a woman? Have things really changed that much for her in terms of what she can do?” Bufka recalled the patient wondering.

Trump has said Clinton, who would be America’s first female president, lacks a “presidential look” and has called other female critics “fat,” “pig,” or “bimbo.”

Bufka said Latino and Muslim patients are also anxious about Trump’s proposals to build a wall along the Mexican border and to temporarily suspend immigration by Muslims.

Her advice: “Turn off the news feed. Stop reading everything if it just gets you more stressed.”