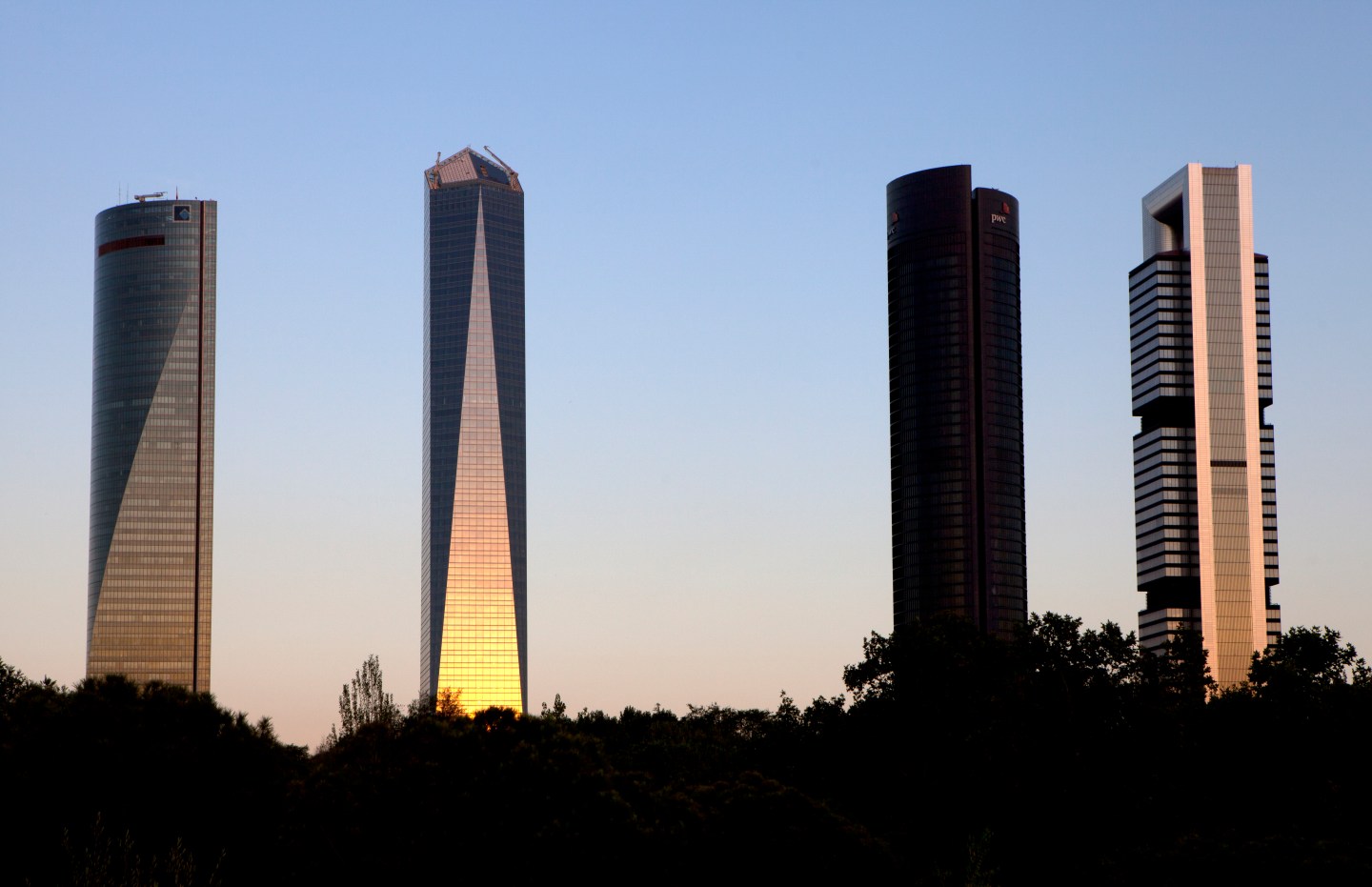 Amancio Ortega, Europe’s richest man and founder of global fashion group and Zara owner Inditex, has bought one of Madrid’s most famous skyscrapers for 490 million euros ($551 million) through his property investment arm, a source said.

The purchase marks another step in the famously-reclusive billionaire’ s strategy to build a property empire through Pontegadea Inmobiliaria, one of the biggest property companies in Spain, and his holding company Pontegadea Inversiones.

The source said late on Friday that Pontegadea Inmobiliaria had bought the tower from Abu Dhabi tycoon Khadem al-Qubaisi, whose fund had exercised a last-minute purchase option from Spanish lender Bankia, its previous owner.

This Monument Could Be Manhattan’s Answer to the Eiffel Tower

Pontegadea Inmobiliaria declined to comment on the reported purchase of the tower—known as “Cepsa Tower” after the oil refiner Cepsa that leases it—which along with three others dominates the skyline of Madrid’s northern district.

Ortega has bought properties in London’s Mayfair and Oxford Street, along with other properties in prime locations in New York, Madrid and Seoul. He rents out much of the space to Inditex stories like Zara, but also to rivals such as H&M .

Ortega, who turned 80 this year, is the second richest man in the world with a fortune totalling $72.7 billion, according to Forbes magazine in July, behind Microsoft Corp co-founder Bill Gates.

Pontegadea Inmobiliaria booked assets of 6.06 billion euros at the end of 2015, up 8.3% from the previous year.