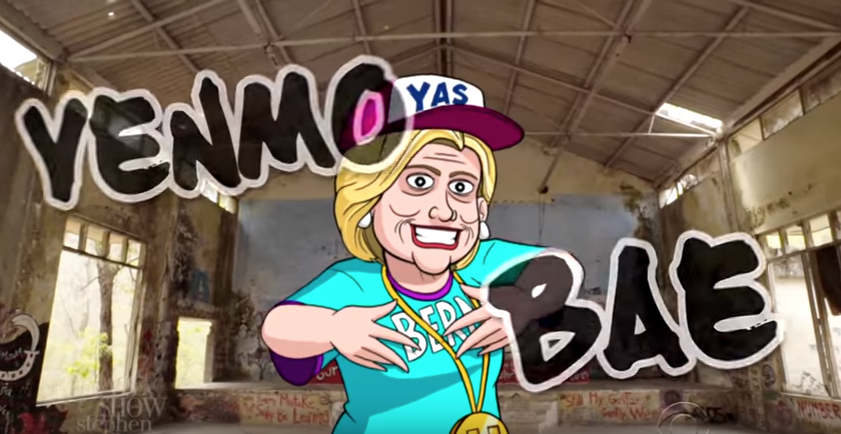 Screengrab courtesy of 'The Late Show with Stephen Colbert'

Polls show the presidential race tightening between Hillary Clinton and Donald Trump, and part of the reason seems to be millennial voters gravitating toward third-party candidates. Clinton has recently upped her efforts to appeal to young voters, and Stephen Colbert parodied this on Thursday night by having his Cartoon Hillary Clinton make an ad appealing to millennials.

Dressed in a “Bernie” t-shirt and a hat that says “YAS,” Cartoon Clinton did a goofy rap filled with clichés about what millennials like. “Trump wants to take our country back, but I’ll use the dog filter on Snapchat,” Cartoon Clinton raps, in between random exclamations of “Venmo!” and “bae!” that don’t make sense.