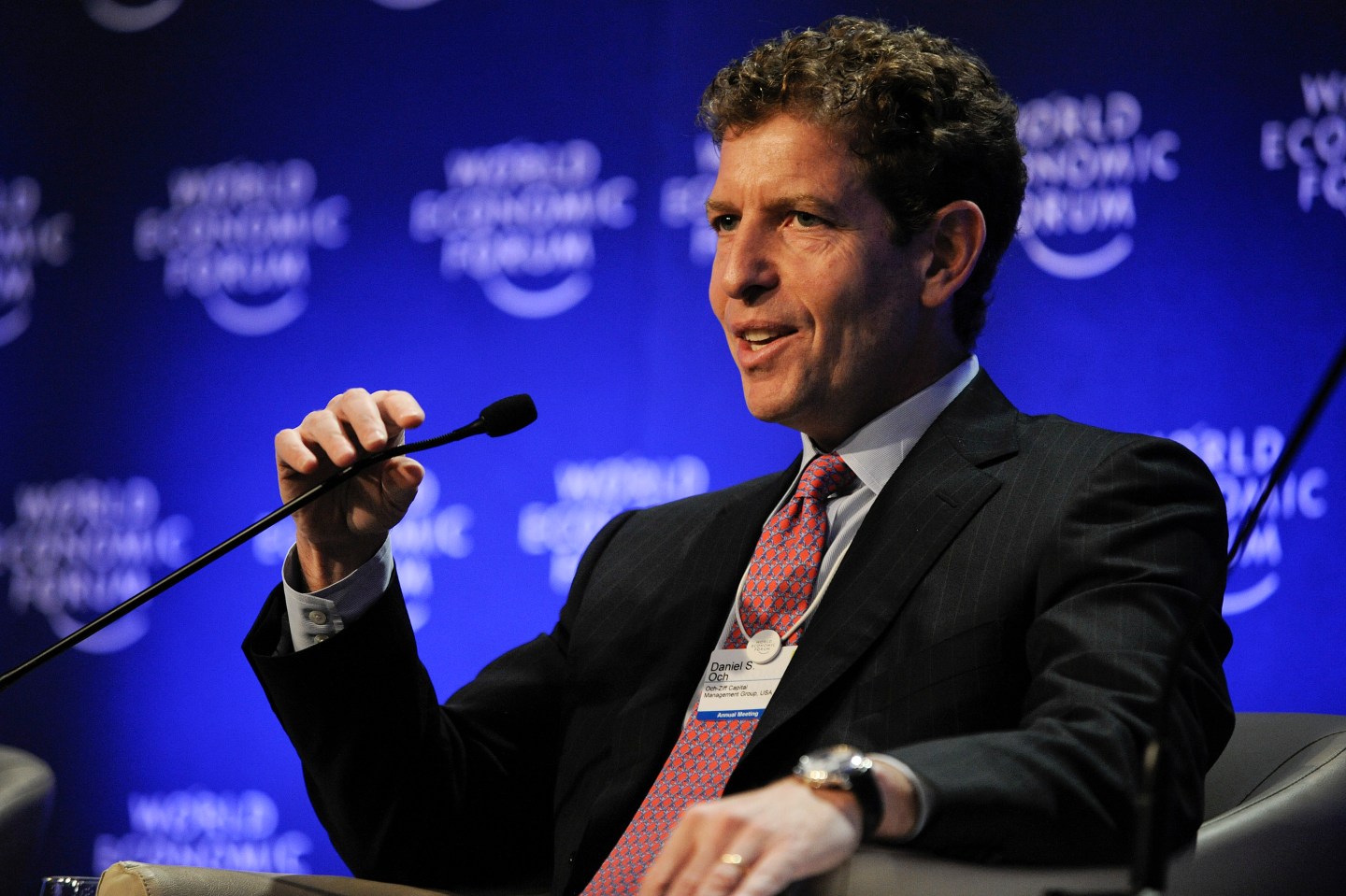 In the first U.S. foreign bribery case against a hedge fund, Och-Ziff subsidiary OZ Africa Management GP LLC pleaded guilty in federal court in Brooklyn to participating in a scheme to bribe officials in the Democratic Republic of Congo.

Och-Ziff meanwhile entered into a deferred prosecution agreement, in which charges related to conduct in Congo, Libya, Chad and Niger would be dropped after three years if it follows the terms of the deal.

“I’d like to emphasize that Och-Ziff has taken substantial remedial efforts to improve its compliance program to ensure something like this can never happen again,” Mark Schonfeld, a lawyer for the New York-based firm, told a federal judge.

See also: Walmart Is Being Sued for Allegedly Bribing the Mexican Government

In total, Och-Ziff will pay $412 million to resolve the U.S. Justice Department and U.S. Securities and Exchange Commission cases, $213 million of which constituted a criminal penalty. It also agreed to the appointment of an independent monitor.

Och agreed to pay $2.17 million to settle SEC charges that caused certain violations along with CFO Joel Frank, who also reached a settlement, the regulator said.

The deals capped U.S. probes into the $39 billion hedge fund firm that centered in part on Michael Cohen, Och-Ziff’s former London-based head of European investing, who was responsible for investments in Libya and other African countries.

According to authorities, in 2008, Och-Ziff entered into a partnership with an Israeli businessman with close ties to high-level Congolese officials in order to fund his mining-related interests.

At least two employees, though, knew the businessman gained access to these investment opportunities by bribing officials, prosecutors said. Those employees, a person familiar with the matter said, were Cohen and an analyst, Vanja Baros.

Authorities did not name the businessman, whom they said had paid over $100 million in bribes to Congolese officials from 2005 to 2012. But the source said it was Israeli billionaire Dan Gertler.

Ronald White, Cohen’s lawyer, in a statement said “when all the facts are known, it will be clear that he has done nothing wrong.”

Gertler’s Fleurette Group declined comment. A lawyer for Baros did not respond to a request for comment.

Separately, beginning in 2007, an employee, who the source said was Cohen, engaged a London-based middleman to help it secure an investment from the Libyan sovereign wealth fund, the Libyan Investment Authority, prosecutors said.

Prosecutors said Och-Ziff received a $300 million investment into its hedge funds, and soon after entered into an agreement to pay a sham $3.75 million “finder’s fee,” which it knew would be used to pay Libyan officials in exchange.

The Justice Department said its investigation remains ongoing. The probe has resulted in one individual being criminally charged.

In August, Samuel Mebiame, a Gabonese man who U.S. authorities said acted as a “fixer” for a joint-venture involving Och-Ziff, was arrested and accused of engaging in a scheme to bribe officials in Africa to obtain mining rights.

A criminal complaint said Mebiame supplied cash and cars to two Niger officials; an S-class Mercedes Benz sedan and rented private Airbus jet to a Guinean official; and travel and shopping expenses for an adviser to Chad’s president.