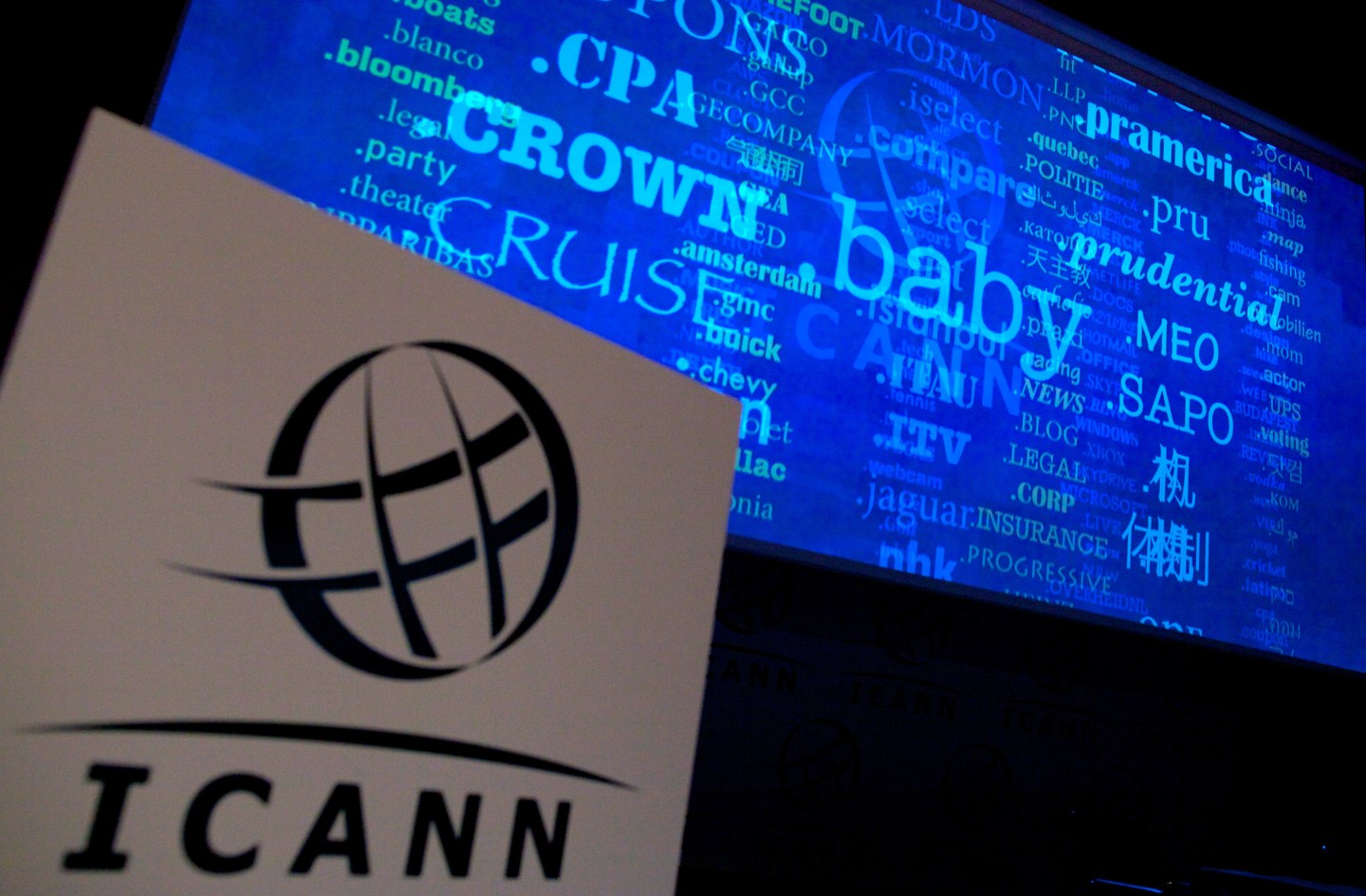 A screen shows a rolling feed of new 'Generic Top-Level Domain Names (gTLDs) which have been applied for during a press conference hosted by ICANN in central London, on June 13, 2012. The US-based Internet Corporation for Assigned Names and Numbers (ICANN) was to reveal details of 1,930 requests for new web address endings at a press conference in London. The California-based body says the huge expansion of the Internet, with two billion users around the world, half of them in Asia, means the new names are essential. AFP PHOTO / ANDREW COWIE
Photograph by Andrew Cowie—AFP/GettyImages

(Reuters) – A long-planned transfer of the internet’s technical management from the U.S. government to a global community of stakeholders is expected to take place on Saturday despite last-minute attempts by conservative politicians and officials to delay the changeover.

The U.S. Department of Commerce is due to cede stewardship of ICANN, or the Internet Corporation for Assigned Names and Numbers, as scheduled after a lawsuit seeking to halt the transition was denied by a federal judge in Texas on Friday.

The U.S. government has been the primary manager of the internet’s address book since 1988 largely because it was invented in the country. Critics of the handover have attempted to block or delay it on grounds it could jeopardize free speech online, claims that the Obama administration and technology companies have said lack merit.

The lawsuit filed on Wednesday against the federal government by the Republican states of Arizona, Texas, Nevada and Oklahoma argued the handover was unconstitutional and required congressional approval.

ICANN, a California-based nonprofit, manages the database for top-level domain names such as .com and .net and their corresponding numeric addresses that allow computers to connect.

After the transfer, ICANN will be governed by a collection of academics, technical experts, private industry and government representatives, public interest advocates and individual users around the world, in what it calls a “multi-stakeholder process.”

Federal officials began discussing a plan to move ICANN under international oversight in the 1990s, and rolled out a formal plan in March 2014.

Conservatives in the U.S. Congress, led by Senator Ted Cruz of Texas, sought to prevent the handover earlier in September by attaching an amendment to an unrelated stop-gap funding bill for the U.S. government.

Cruz called the transfer a “giveaway to Russia” and other governments, but his effort failed to gain traction.

A delay would have backfired by undermining U.S. credibility in international negotiations over internet standards and security, the Obama administration and technical experts have said.

For more about the Internet, watch:

Asked whether the four states which had sued the administration would appeal Friday’s court ruling, Monica Moazez, a spokeswoman for Nevada’s attorney general, responded in an email that they were weighing options.

The other states could not be immediately reached.

The transfer is “a symbolic, but important step in preserving the stability and openness of the Internet, which impacts free speech, our economy and our national security,” Ed Black, chief executive of the Computer & Communications Industry Association, said in a statement.