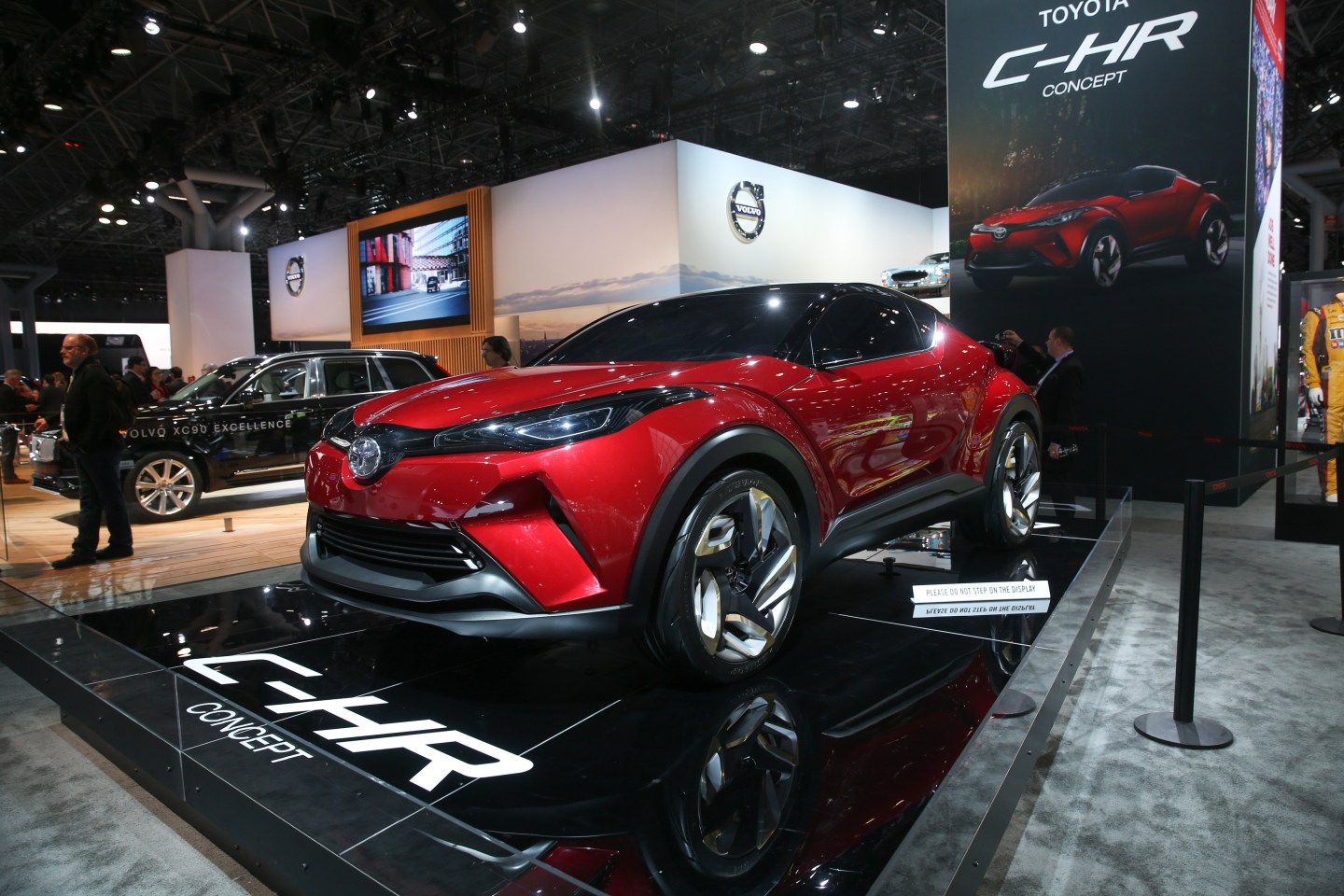 NEW YORK, NY - MARCH 24: A Toyota C-HR Concept model car is on display during the 116th New York International Auto Show at the Javits Convention Center in Manhattan, New York on March 24, 2016. Nearly 1,000 cars and trucks will be on display at North Americas first and largest-attended auto show dating back to 1900.
Photograph by Cem Ozdel—Anadolu Agency/Getty Images

Toyota (TM) has decided to drop diesel engines from its new C-HR compact in the wake of Volkswagen’s emissions scandal and will probably do the same for future model renewals, the carmaker’s second-ranking global executive said on Thursday.

The Japanese automaker decided “within the last six to 12 months” not to offer a diesel version of the car, unveiled at the Paris Motor Show, because demand for the powertrain technology is falling sharply, executive vice president Didier Leroy told Reuters in an interview.

If faced with a renewal decision today for other models up to and including the larger Auris compact, a Toyota staple, “we would probably do the same thing,” Leroy added.

Toyota’s decision is the latest example of how the so-called “dieselgate” scandal is forcing carmakers to rewrite strategic plans that will shape their futures for years to come.

Reuters reported this month that Renault expects diesel engines to disappear from most of its European cars after the French automaker reviewed the costs of meeting tighter emissions standards following Volkswagen’s scandal.

While the scandal centered on the German carmaker’s cheat software, it also focused public attention on an industry-wide disparity between nitrogen oxide (NOx) emissions on the road and those recorded in regulatory tests.

Mass-market diesels that meet legal NOx limits in approval tests commonly emit at least five times as much in everyday use.

Renault has said it complied strictly with regulations and that its cars were not equipped with emissions falsifying software.

From 2019, vehicle approvals will depend on emissions performance during real driving. This is compelling manufacturers to install costlier emissions treatment systems.