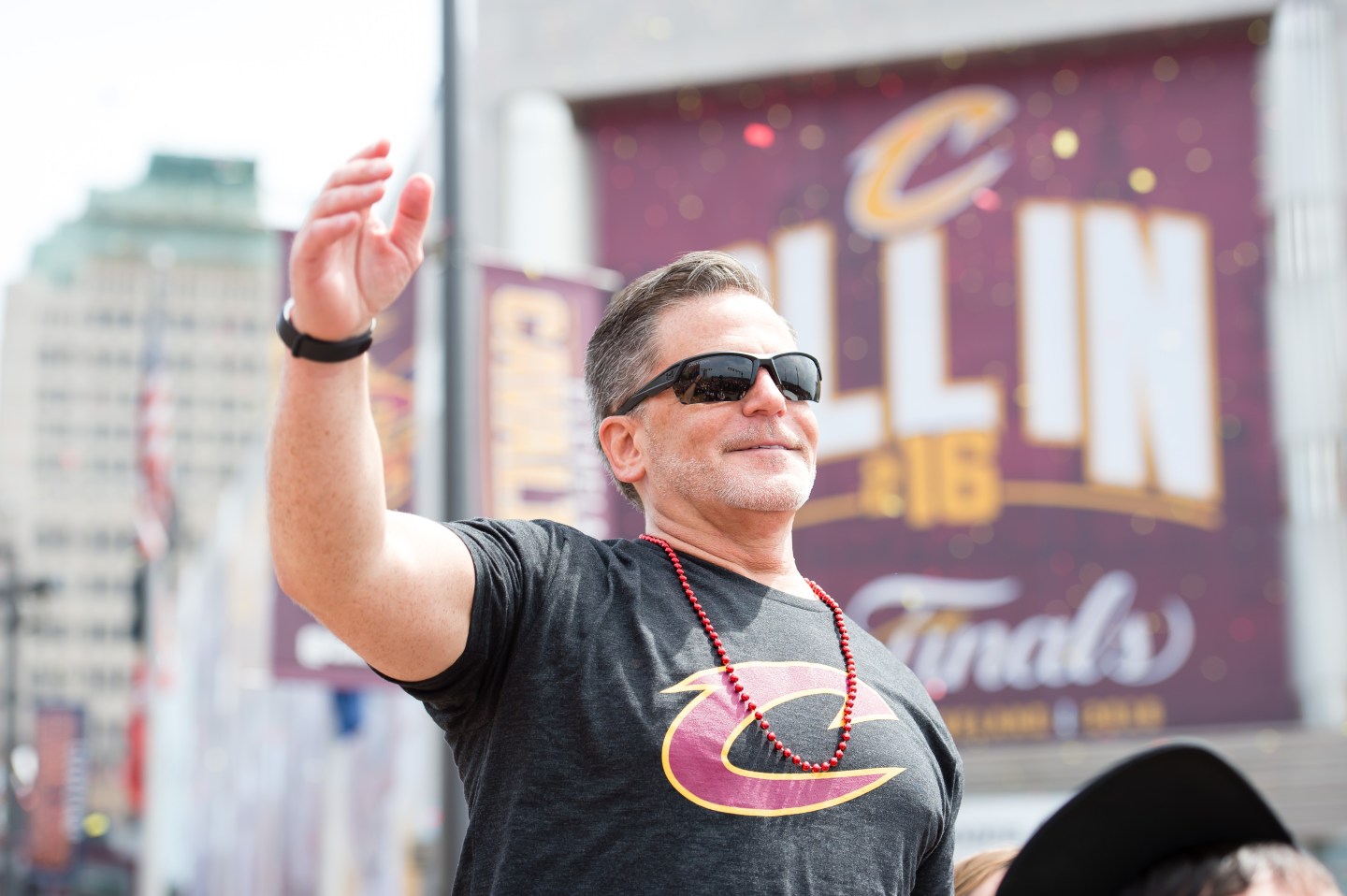 The Cleveland Cavaliers’ NBA Finals win in June was like Christmas for both the team and championship-starved fans. Now, Cavs owner Dan Gilbert wants to spread the cheer to everyone else you can find during a home game at Quicken Loans Arena.

A Cavs spokesperson confirmed the report, but declined to comment further, the Plain Dealer said.

Six years ago, the Cavs owner acted more like the Grinch when he published an open letter about star player LeBron James’ decision to “take his talents to South Beach” and the Miami Heat, where he won two titles. Gilbert called James, who grew up in Cleveland, the city’s “former hero” and said the move was “bitterly disappointing” to everyone.

But Gilbert and James put the past behind them when James moved back to his hometown in 2014. And after they won the championship this summer, Gilbert thanked James for both his leadership and his return.

At one point, economists at John Carroll University estimated James’ return to Cleveland added about $500 million to Northeast Ohio’s economy, but that figure was later revised to a still-impactful $162 million. In 2010, economists calculated James brought $200 million to the Cleveland metro-area, according to the Plain Dealer.

The rings won’t be the same diamond-crusted ring James and other players have, the Plain Dealer said, but they’ll still be proof they played their part in a historic championship win.