Here Are 10 Must-Read Tricks for Mastering Your New iPhone 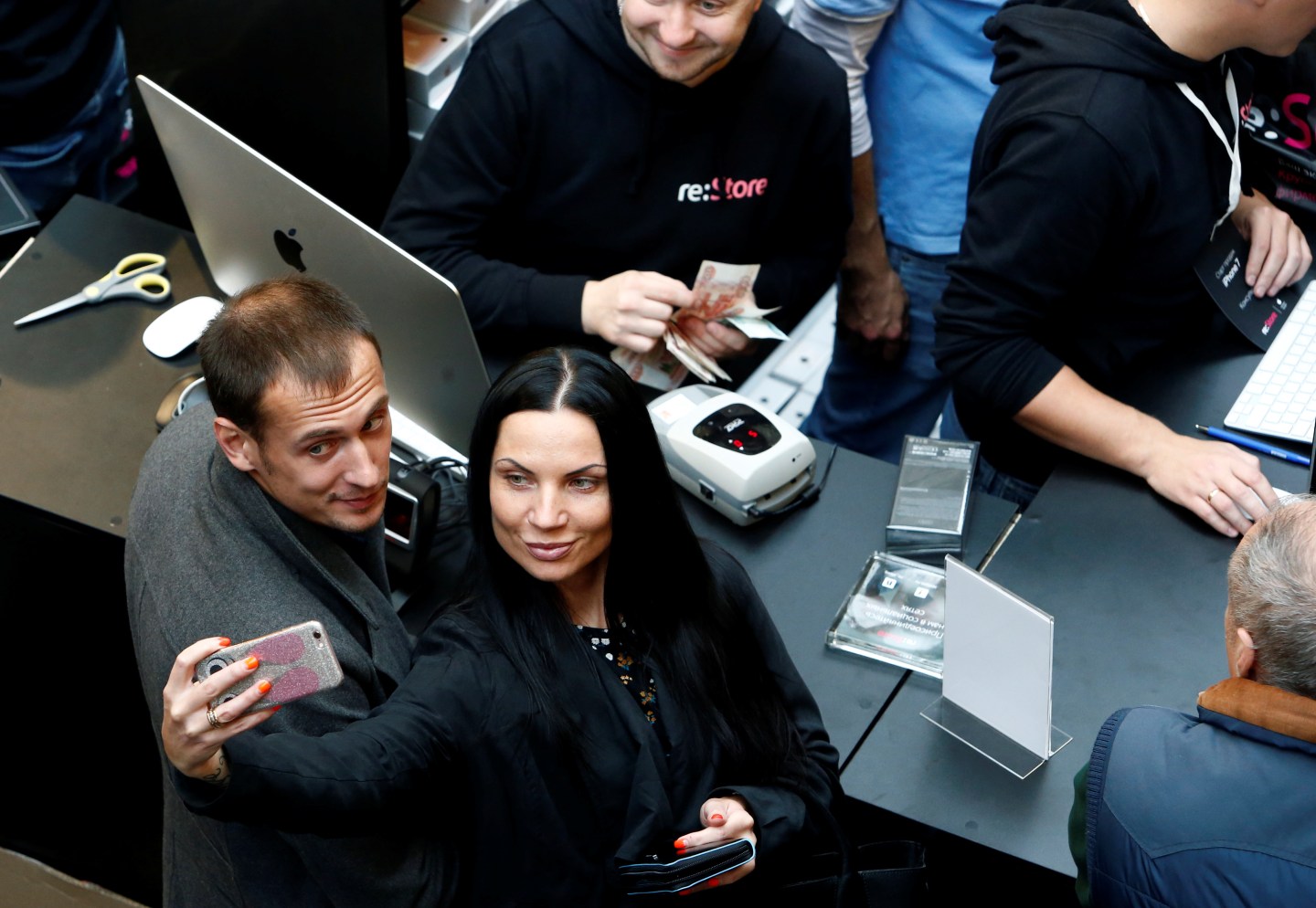 When Apple introduced its 3D Touch feature last year with the iPhone 6s, it didn’t exactly become a huge ‘screen saver.’ Not many developers had advance access to the feature, which enables new app interactions based on how hard a user presses his or her iPhone’s screen. Eventually apps caught up, but the iPhone’s operating system itself still didn’t get the much out of the pressure-sensitive input.

That has now changed with Apple’s new iOS 10, which makes much better use out of the iPhone 6s and iPhone 7’s 3D Touch feature. But these invisible shortcuts can be hard to find without poking at the screen constantly. Here’s a list of some of the more useful and popular tips and tricks.

Apple Music’s first incarnation was criticized as needlessly complex. Thankfully, a revision in iOS 10 has made it much easier to use. If you have an iPhone 6s or iPhone 7, it gets even simpler through the use of 3D Touch. By pressing down on albums and tracks, a master menu pops up, providing quick access to features like adding tracks to your library or playlists or looking up lyrics.

Take Control of the Control Panel

Swiping up from the bottom of your iPhone’s home screen brings the Control Panel to the forefront. (It’s the place you go to put your iPhone in airplane mode or turn on the flashlight.) Pressing harder on the Flashlight, Timer, Calculator, and Camera buttons reveal a bunch of options for fine-tuning your phone. For instance, you can set the torch to a dimmer setting, set a one-minute timer without opening the clock app, quickly copy the figure on the calculator, or pull the camera up in video mode without all the extra taps.

Facebook (FB) can be a total timesuck when it comes to productivity. You open it to make a quick post, and 25 minutes later you, you realize you’ve just looked through all your ex’s recent vacation photos. By pressing extra hard on the Facebook app icon, 3D Touch can help you avoid the News Feed and simply write a post or upload a photo.

Make the Camera a Snap to Use

Even though smartphones put cameras in everyone’s hands, it can still be hard to capture the moment. Using 3D Touch on the Camera app icon pulls up a quick action menu that vaults the camera into the selfie, video, slow-motion or plain old photo mode with only one tap.

Stop Apps From Being Downloaded

We’ve all been there, held hostage by a trickle of Internet bandwidth while a massive app tries to update itself. Previously you had to dive deep into the App Store to put that download on hold. With 3D Touch, pausing a download is as easily as prodding the app icon. And not only can you cut the install short, you can also tell your iPhone to download one particular app first — a lifesaver when you’ve got a screen full of updates hogging all your data.

Pushed to the forefront of iOS 10, widgets are small versions of apps made ready for quick viewing. In Apple’s newest operating system, they’re typically found by swiping the home or lock screen to the right —something that confused many iPhone fans used to “swipe to unlock.” But widgets can also be found by using 3D Touch on the icon of many apps. This can be a time saver for those moments when you want a quick peek at information. Try it out by pressing the Weather icon extra hard, and rather than opening the app fully, you’ll see the Weather widget.

Be a Major Netflix Player

The heart wants what it wants — unless the Netflix (NFLX) algorithm tells you that you want something else. To stay focused while pulling up your latest binge-watching series, push the Netflix app icon a little harder than usual. This will pull up a quick action menu that can catapult you into your list of favorite shows, display trending videos, or let you pick up your most recent program right where you left off.

3D Touch and Apple’s (AAPL) notifications are a potent mix of information. The “peek and pop” capability of the feature lets users quickly dive into alerts that flash on their screen without losing their place in their phone. But you can also use 3D Touch to push all your notifications out of the way – you just need to know what button to press.

On the Notification panel (swipe down from the top of the screen), you’ll see an “X” button. When pressed, this button will clear your recent alerts, but when pushed harder, it gives you the option of deleting all the notifications on that panel. It’s a great way to keep your phone tidy.

Be a Speed Deleter

Many iPhone users know that by holding down the delete button on a paragraph of text, eventually the cursor moves faster as it gobbles up unwanted words. But if you give the backspace key a little bit of pressure, it will delete unwanted text even faster than before.

Shoot Through Your Settings

The iOS Settings app is packed full of various system preferences — so much so that it’s difficult to find what you need in there. But by using 3D Touch on the Settings icon, users will find the big four — battery, cellular data, Wi-Fi, and Bluetooth — all easy to access with a quick action menu available from the home screen. Just press down and tap on the one you want, and presto, you’re in control of some of your iPhone’s most important capabilities.