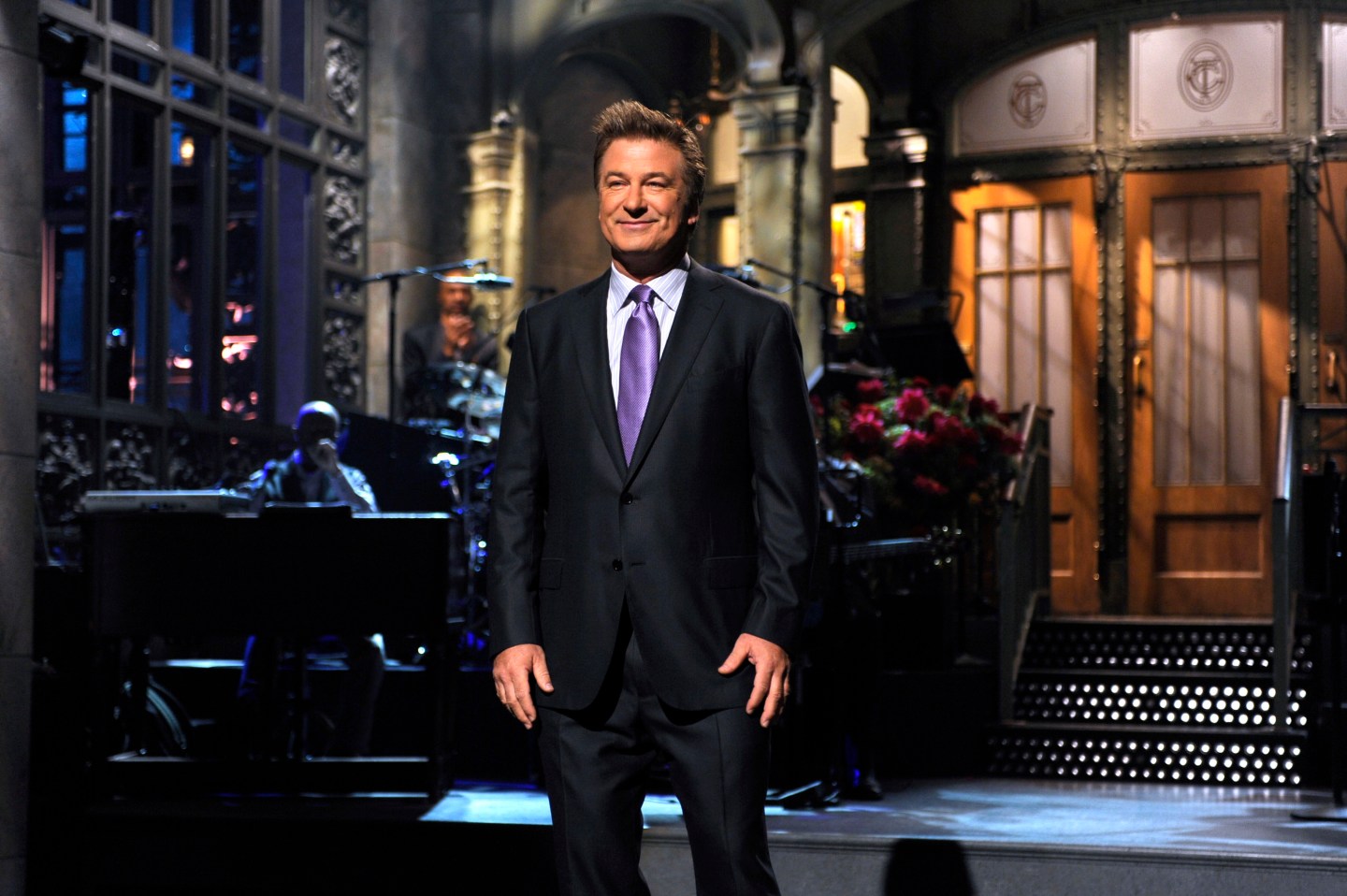 The 30 Rock star dons bushy eyebrows, a comb-over wig, and a purse-lipped expression to play Donald Trump in a new promo for the show’s season 42 premiere.

Set to air Oct. 1 on NBC, the episode will feature Baldwin-as-Trump facing off against Kate McKinnon’s Hillary Clinton.

While cast member McKinnon has been playing Clinton for a while on SNL—she even got Emmy congratulations from the Democratic presidential nominee earlier this month—Baldwin’s Trump is new to the show. Previous Trump impersonators include Darrell Hammond and Taran Killam. According to the Hollywood Reporter, Baldwin will play Trump all season long.

Margot Robbie will host the SNL premiere, with the Weeknd on board musical guest. Watch the premiere promo above.