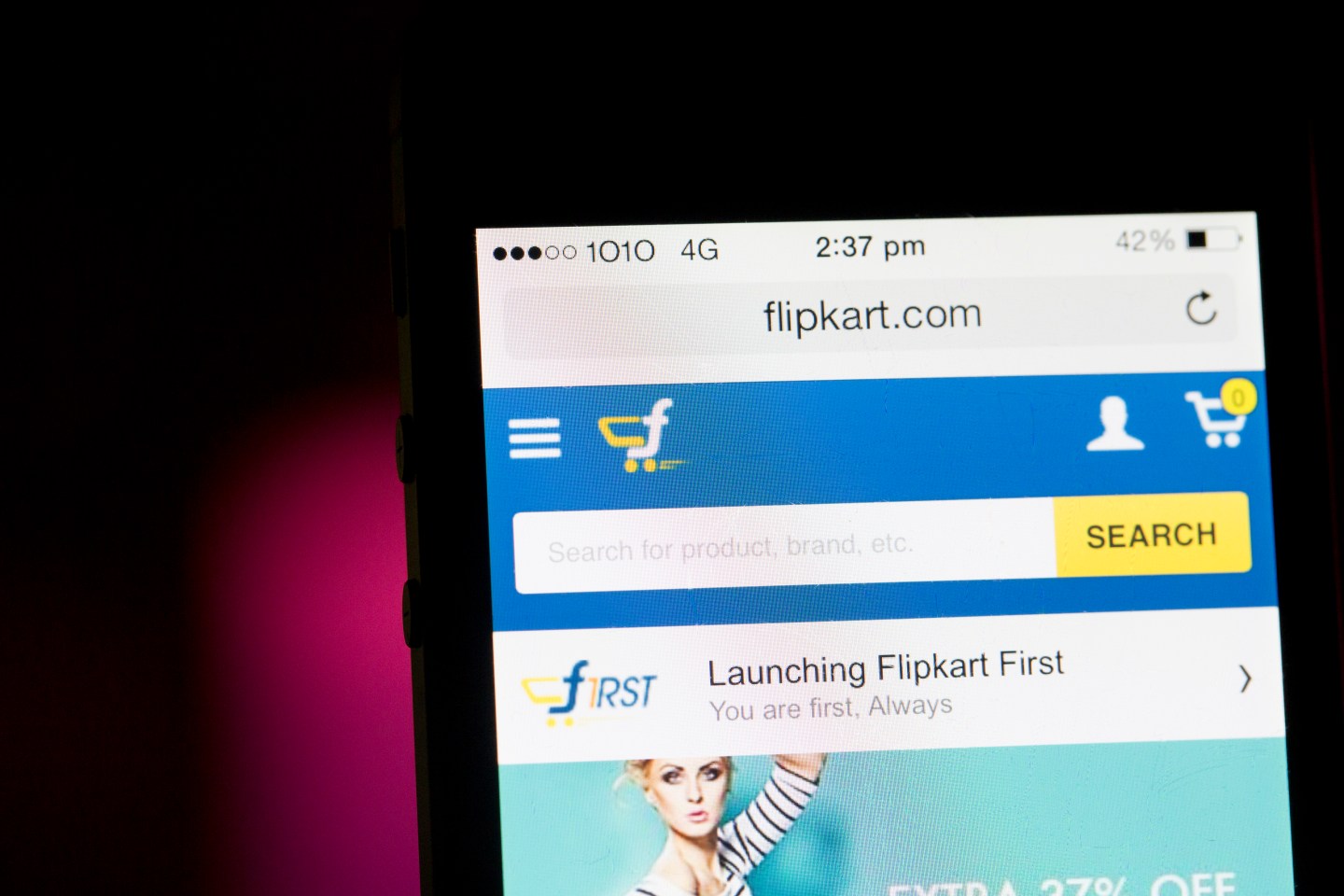 Wal-Mart Stores is in talks to buy a minority stake in India’s largest e-commerce firm Flipkart, two sources familiar with the matter said, as the world’s biggest retailer aims to get a slice of a fast-growing online retail market.

One of the sources said the U.S. retailer was looking to invest between $750 million and $1 billion in Flipkart, but the final value and size of the stake would depend on the outcome of talks about the Indian company’s overall valuation.

He added Walmart (WMT) and Flipkart were also contemplating a collaboration that would see them leverage each other’s expertise in retail and supply chains in India.

Both sources declined to be identified because the talks are preliminary and have not been made public. Walmart in India and Flipkart declined to comment.

A deal would pit Walmart against U.S. rival Amazon (AMZN), which has been expanding rapidly in the South Asian country’s retail market and is now Flipkart’s biggest competitor. Walmart only operates wholesale stores in India.

“With Amazon slowly taking a lead over the Indian players, all these unicorns including Flipkart and Snapdeal are out there in the market to raise funds,” the source said.

“Companies like Walmart would be more long-term investors, but there aren’t too many like them to write such big checks.”

Flipkart has been valued at about $11.5 billion, local media reported last month, citing a U.S. regulatory filing from investor Valic, a division of American International Group(AIG).

The company was valued at as much as $15 billion earlier this year, but cut-throat competition, reduced private funding, and elusive profitability is putting pressure on e-commerce players in India.

Launched in 2007 by two former Amazon employees, Flipkart sells everything from cellphones to suitcases and cosmetics. Current investors include Tiger Global Management and Accel Partners.

Flipkart and smaller rival Snapdeal have been looking to raise fresh capital to compete with deep-pocketed Amazon in an industry that relies on steep discounts on products and heavy spending on marketing, technology and delivery networks to lure customers.

India’s Economic Times newspaper, which first reported the talks on Tuesday, said a meeting between the two sides was scheduled for this week.