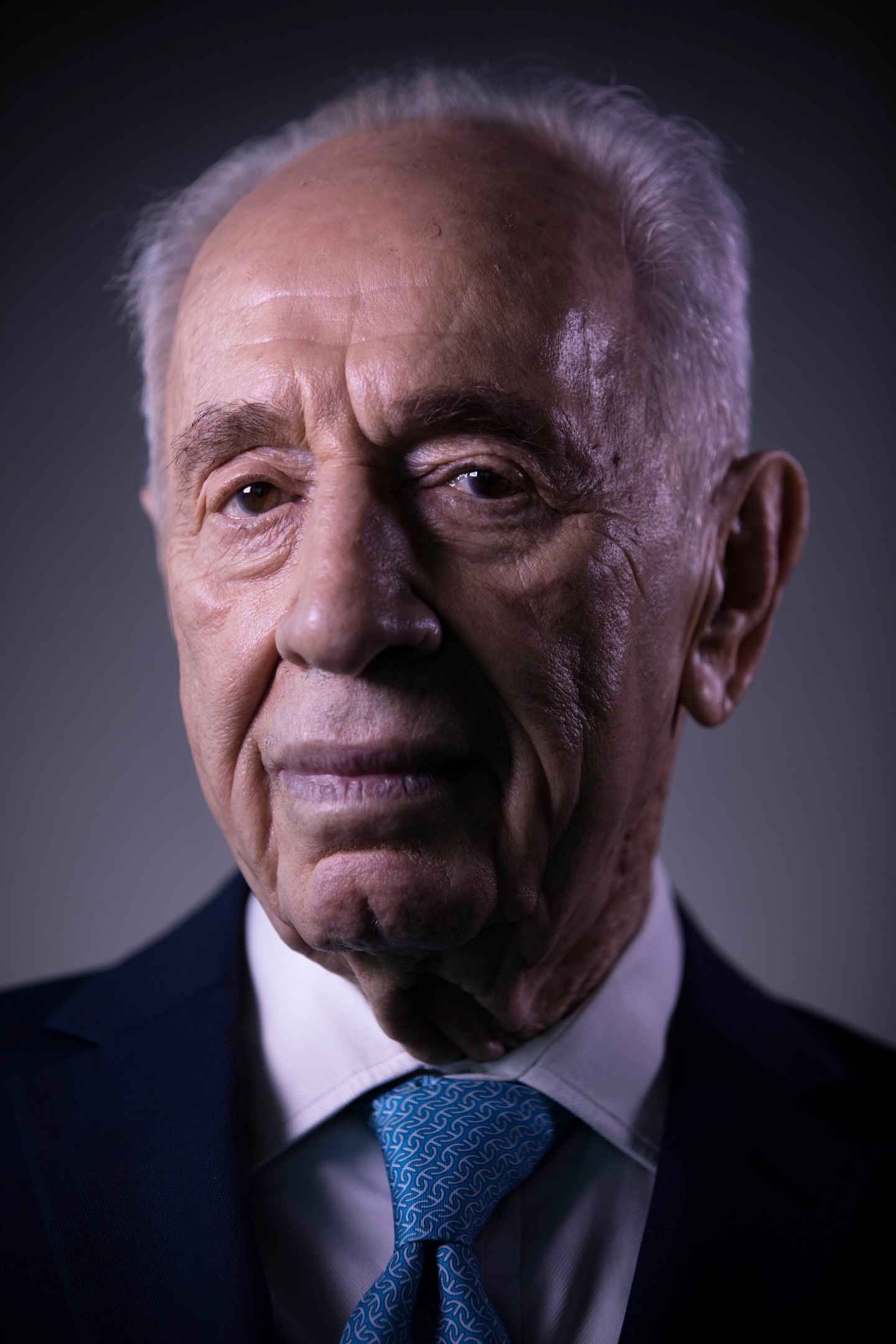 In this Monday, Feb. 8, 2016 photo, Israel's former President Shimon Peres poses for a portrait at the Peres Center for Peace in Jaffa, Israel. A source close to former President Peres said his condition has deteriorated, two weeks after suffering a major stroke. The person did not disclose further details about Peres' worsening condition. He spoke Tuesday on condition of anonymity because he was not authorized to discuss Peres' health with the media. (AP Photo/Oded Balilty)
Oded Balilty — AP

The lifetime of Shimon Peres, who died Tuesday at age 93 after suffering a stroke on Sept. 13, spans the lifetime of the state of Israel. Born in Belarus, his family moved to Tel Aviv when he was 11, more than a decade before the country was founded. He lived on a kibbutz, when those communal settlements and a utopian, leftist ideology defined the nascent state. He also served in the pre-independence militia that became the Israeli Defense Forces, the institution that would ultimately define Israeli society. A hawk in the early decades of the country’s existence, Peres was a close aide and protege of David Ben-Gurion, the founding father and first prime minister of Israel, and confidant of Moshe Dayan, the commander of the Six-Day War that placed the mountainous West Bank of the Jordan River, and hundreds of thousands of Palestinians, under Israeli military occupation. At the time, Peres encouraged the establishment of Jewish enclaves on that territory, famously calling settlements “the roots and the eyes of Israel.” Those enclaves grew into some 200 present-day settlements that stand as the major physical obstacle to the establishment of the Palestinian state that Peres later came to champion. In 1994, he shared a Nobel Peace Prize with Bill Clinton and Palestinian Leader Yasser Arafat for negotiating the Oslo Accord, which aimed to finally resolve the contest for the land between the Jordan and the Mediterranean Sea.

Israel continued to change — turning increasingly inward and pessimistic after the promise of Oslo crumbled amid the Palestinian suicide bombings and Israeli incursions that characterized the uprising known as the Second Intifada, which peaked in 2002. Peres, however, remained what he had become: Israel’s most prominent dove. The country that in its earliest decades had fought for its life at regular intervals — seven wars since 1948 — had become the most powerful nation in the Middle East, its military pre-eminence guaranteed by its alliance with the United States, and military aid that, in a deal cemented the day Peres collapsed, will run to $38 billion over the next ten years. Peres, also regarded as the founder of Israel’s nuclear program, with an arsenal that has never been officially acknowledged, was among the minority of Jewish Israelis arguing that the country could afford to rise from a defensive crouch and enthusiastically pursue a negotiated peace. Polls consistently showed him in a minority — that most Israelis wanted a peace deal, but harbored scant faith one would work — but he persisted in arguing that negotiations were the only way to lasting security. To an outside world that persisted in viewing the conflict through the prism of peace talks, Peres’ continued prominence amounted to an article of faith, whatever grim new reality had taken hold on the ground.

“What people don’t understand, you don’t begin peace negotiations with a happy end,” Peres told TIME in a February interview, at the seaside “Peace Center” named for him, overlooking a Jaffa beach long favored by Israelis of Palestinian descent, but where Jewish Israelis were arriving in greater numbers. “Keep the happy end for the end. You have to begin from an obscure, complicated situation. And it takes time. You always have to find some new ways. Old ways are too known. They have too many objections.”

See also: The U.S. Just Agreed to Give Israel $38 Billion in Military Aid

Peres served twice as prime minister, including a stint where he rotated into the position at two-year intervals with Yitzhak Shamir of the Likud, the right-wing party that, after the collapse of Oslo, dominated Israeli politics as thoroughly as Labor had in the nation’s first decades. Late in his electoral career, many Israelis dismissed Peres as a “loser” not only for falling short in repeated runs for premier, but for complaining about the nastiness of the opposition; his most humiliating defeat, in 1996, was by a one-point margin to Benjamin Netanyahu.

But Peres was never more popular than during the seven years he served as President of Israel from 2007, racking up approval ratings north of 80%. In Israel’s parliamentary system, the presidency is largely ceremonial. But as head of state, the office commands a high-mindedness that went well with the idealism that Peres ceaselessly invoked. Always attentive to the media, he gave interviews in the serene official residence in Jerusalem’s most exclusive district, which was a required stop for every prominent foreign visitor. When I found him there in 2011, he came across as both elegant and erudite, ranging from politics to more eternal questions. He spoke in awe about the output of Israeli cucumber farms (a thirty-fold harvest increase in six decades, he said, “And half the water!) and quoted Mao as if repeating something the man had told him personally. He was a statesman if ever there was one, but what set Peres apart in his personal golden age was a relentless questing. His favorite topic was the human mind — he hosted an annual conference on the topic, and once proposed building a center at Hebrew University in the shape of a brain — but there was no more impressive example than his own as he entered his 10th decade of life. As others from Israel’s founding generation fell — Shamir in 2012 after living with Alzheimers, Ariel Sharon in 2014 after eight years in a vegetative state — Peres went on not only with life but with grace.

“Leaders must go ahead even when moving ahead is controversial,” Peres said that day, alluding to Netanyahu, who had just shut the door on peace talks. “You must be ahead of time, because if you want to represent the status quo, what do you need leaders for? Most people anyway prefer to remember rather than to think. And even you don’t have to remember: Ask the Internet; it remembers everything. You have to imagine and look ahead.”