This Fed President Says the U.S. Economy Can Handle a Rate Hike 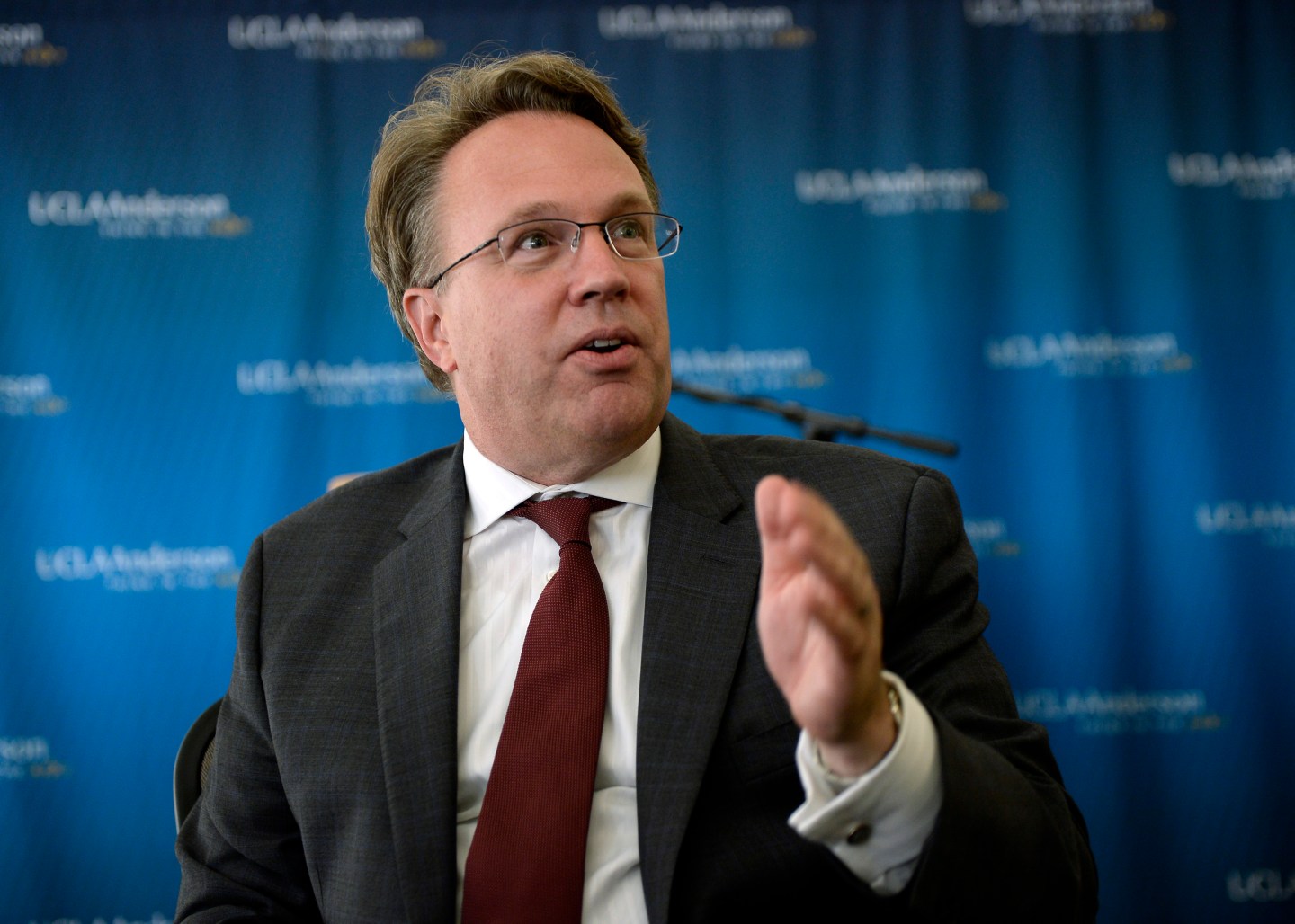 “It is getting harder and harder to justify interest rates being so incredibly low given where the U.S. economy is and where it is going,” San Francisco Federal Reserve Bank President John Williams said in an interview at his bank’s headquarters.

“I would support an interest rate increase,” he said. “I think that the economy can handle that. I don’t think that would stall, slow or derail the economic expansion.”

The U.S. central bank left rates steady at its policy meeting last week, but three of the 10 officials dissented. Fed Chair Janet Yellen herself signaled that a hike could come by the end of the year, but said for now the economy still has “a little more room to run.”

U.S. unemployment stands at 4.9%, near what many Fed officials believe represents a fully employed economy. While a further drop to perhaps 4.5% would deliver a healthy boost to inflation, anything lower risks overheating the economy, which could force the Fed to jack up rates and tip the economy into recession, Williams said.

“My worry is very much that if you try to, in a way, get greedy and say, ‘Let’s see how low this will go,’ you set in motion a process that causes the economy to go in reverse,” he said. “There are risks to pushing things too far.”

Williams’ line of argument closely echoed that of the only dissenter at last week’s meeting who has detailed the reasons for his vote, Boston Fed President Eric Rosengren. Williams is not a voting member of the Fed’s policy-setting committee this year.

Williams expressed confidence that Yellen will be able to bridge the “significant” split inside the Fed, much as she did last December, when she won unanimous backing for the Fed’s first rate hike in nearly a decade.

“I know she fully understands the arguments on both sides,” he said, saying he would not understate the depth of the divide. “I think she’s just the right person to get the right balance going forward.”

Economists polled by Reuters expect the Fed to raise rates in December. Traders likewise are betting on one rate hike by the end of the year, but remain unconvinced of more hikes next year.

“An easy way to convince markets of something is by doing it,” Williams said.

The Fed has two more policy-setting meetings this year. Forecasts released after last week’s meeting show most back a rate hike at one of them, but so far this year the argument that raising rates is risky has carried the day.

“We are in a place where there is a disagreement about what we should do and, I think, a very careful and thoughtful debate about what’s the best decision,” Williams said. “And I think going into the next few meetings that debate will continue.”

Republican presidential nominee Donald Trump has accused Yellen of keeping rates low to benefit President Barack Obama, and wants to replace her if he is elected.

“I am counting on her sticking it out” until her term expires in 2018, Williams said.