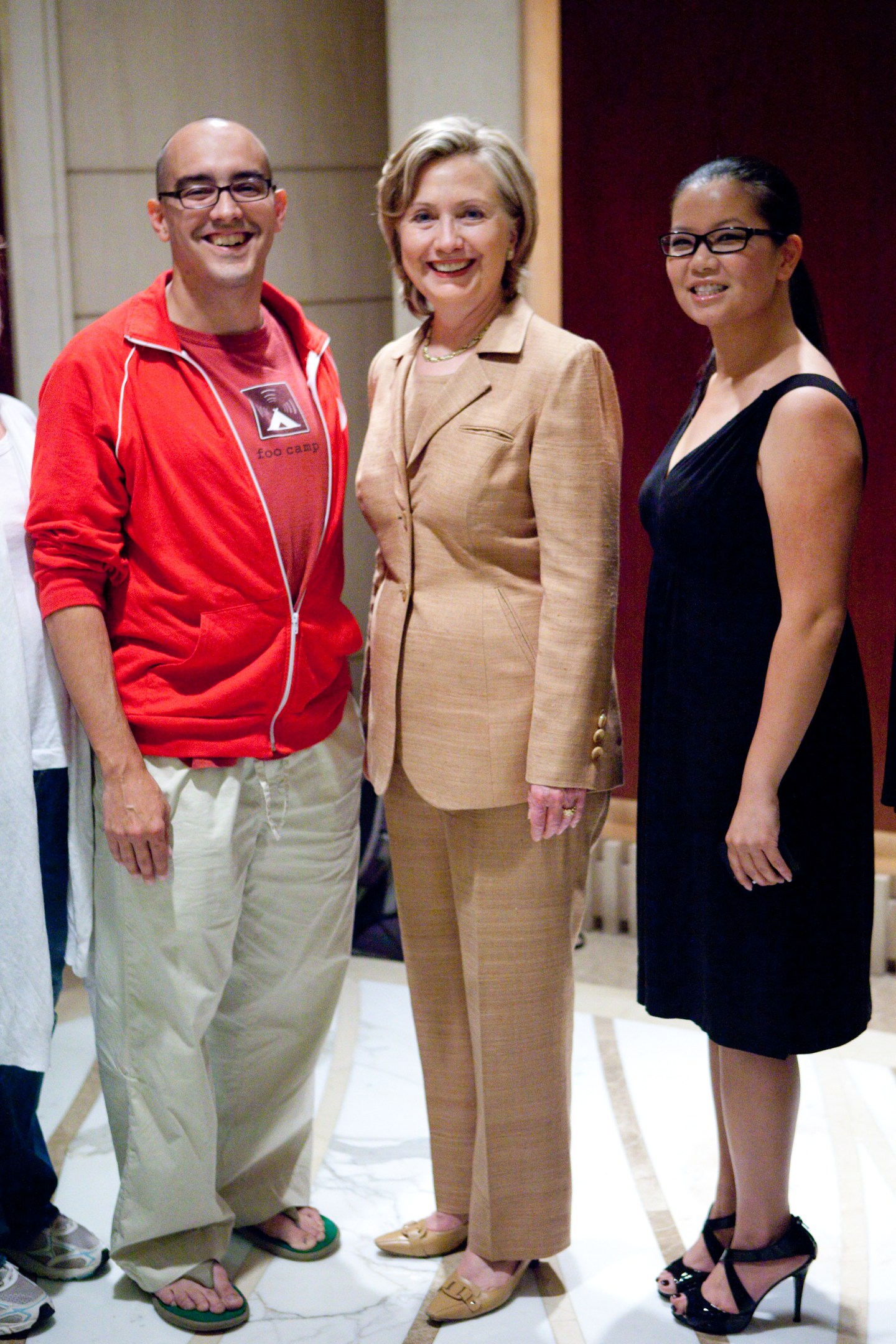 It’s no secret that Silicon Valley tends to vote for Democrats. But this presidential election has gotten locals much more vocal than in the past. Yes, the vast majority of the voices have come out in support of former Secretary of State Hillary Clinton. In fact, I could probably count the number of outspoken techies supporting businessman Donald Trump on one hand. (Or maybe one finger: PayPal co-founder and investor Peter Thiel.)

The latest vote of confidence for Clinton? Investor and 500 Startups founder Dave McClure has launched a campaign called “Nerdz 4 Hillary.” The goal is to raise money from the VC, engineering, and founder communities—500 “nerdz,” to be exact. McClure wants each of them to donate $100 to $500, to match donors who will pledge larger amounts and reach a grand total of $100,000. Given his Rolodex from 500 Startups, his popular incubator and seed fund, and his career at other Valley tech companies before that, reaching that figure shouldn’t be too hard.

“Even for a lot of people in the Valley who are more conservative, a lot of them find Trump to be incredibly offensive and a blowhard,” said McClure when I spoke to him on the phone earlier this week—he was attending a tech conference in Tel Aviv. “We wanted to try and do something.”

He’s not the only one. Many in Silicon Valley have rallied the code-writing troops in support of Clinton, and not just to pour money into her campaign. In July more than 100 tech execs published a letter saying that Trump would be a “disaster for innovation” if elected. And earlier this month LinkedIn co-founder Reid Hoffman announced he would donate up to $5 million to veterans if Trump releases his tax returns by Oct. 19. Even long-time Republican Meg Whitman, the CEO of Hewlett Packard Enterprise, recently came out in favor of Clinton.

To be sure, California is no swing state. But these actions and words matter, largely because—much like Hollywood—the tech world is becoming a political influencer across the country.

“What happens if Trump ends up winning?” I asked McClure during our recent phone call. “I think you’ll see a lot more people in the Valley get more involved in politics,” he said. As for his own political aspirations, that’s probably not going to happen anytime soon. McClure found it hard enough being on the board of his condo complex, and says he likely has a few too many skeletons in the closet to run for office. (“So you inhaled?” I inquired. “Yeah, definitely,” he answered.)

Still, McClure is revered by many in Silicon Valley for his investments in early-stage startups and his colorful personality. His Nerdz 4 Hillary campaign is already gaining traction on the Twittersphere, and he has signed on the likes of Eric Ries, author of The Lean Startup, and Leanne Pittsford, the founder of Lesbians Who Tech, to help support the cause. (It is unclear how much each is donating.)

McClure has made several personal donations to Clinton’s campaign in the past. But he says he does realize that not everyone in Silicon Valley is a supporter—and that it’s likely that those who are voting for Trump don’t feel comfortable being “outed.” Just how many of these closet Trump supporters there really are is a mystery. (I recently talked to another local investor who says there are many more than we realize, He did not want to be identified.) But as far as the overall nerd vote goes, McClure probably doesn’t have much to worry about.