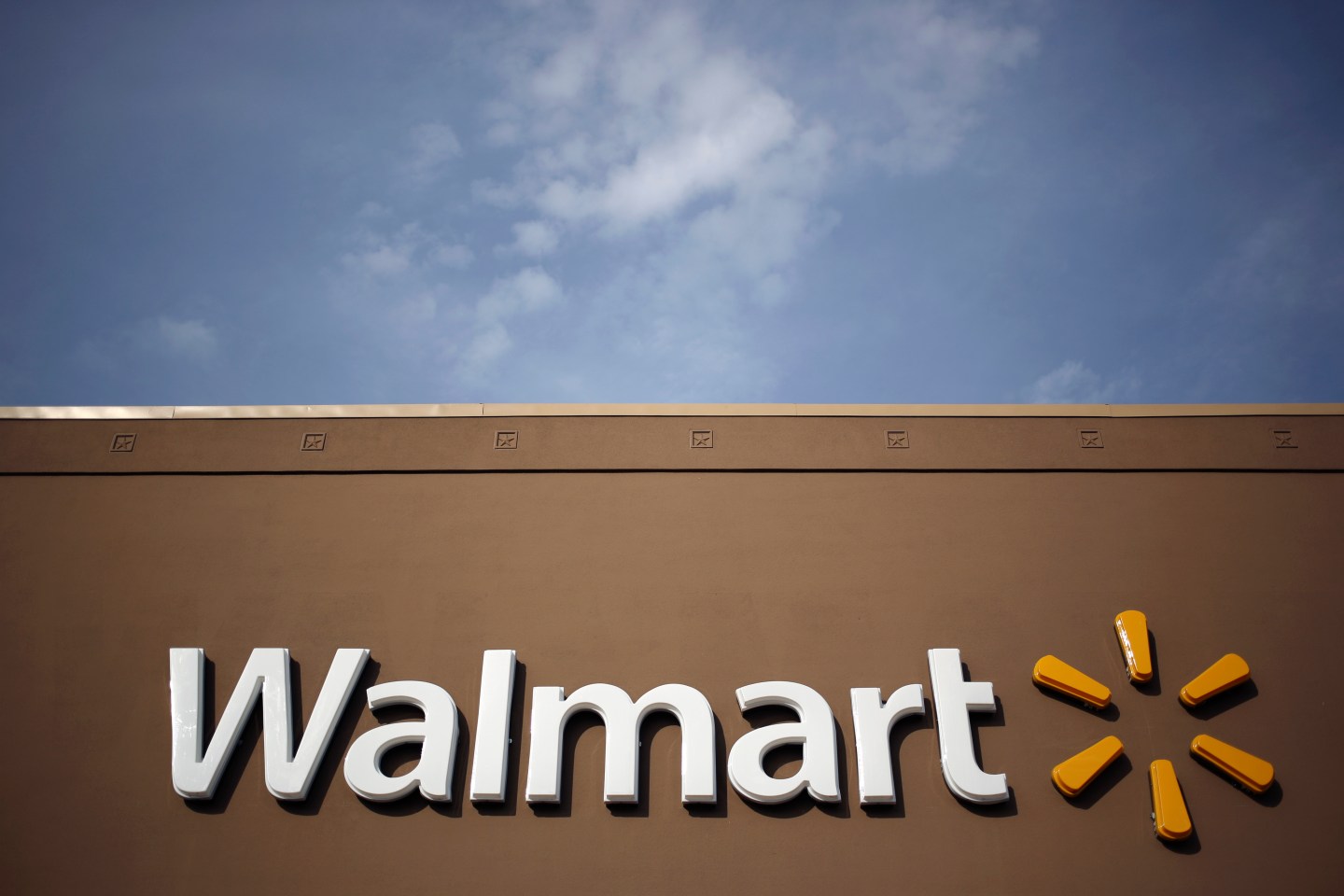 Wal-Mart Stores Inc. signage is displayed outside of a store in Louisville, Kentucky, U.S., on Friday, May 15, 2015. Wal-Mart Stores Inc. is expected to release first-quarter earnings results before the opening of U.S. financial markets on May 19.
Photograph by Luke Sharrett—Bloomberg via Getty Images

Major corporations are continually being forced to confront America’s ongoing dialogue regarding race and policing head on, and often the results are not pretty.

Today Walmart (WMT) issued an apology after employees at one of its stores in metro-Atlanta, Georgia refused to bake a “Blue Lives Matter” cake for the daughter of a retiring police officer, according to reports.

“One of the bakers told me the design could be perceived as racist and nobody feels comfortable decorating the cake,” she said.

Instead, a Walmart employee suggested Harkins choose a cake with chocolate frosting and a frosted “thin blue line,” which the bakers also refused to make, prompting Harkins to storm out.

“I was so shocked,” Harkins told the radio host. “I didn’t know what to do or say or anything. I was trying not to lose my temper or make a scene.”

Walmart later apologized for the incident.

“Our goal is to always take care of customers. But sometimes we misstep,” the company wrote in a statement reported by a local ABC affiliate. “We’ve reached out to the family to make this right and offer our apologies.”

The store did eventually make the cake for Harkins, according to ABC.

It’s the latest episode in a series of cake-related controversy for the world’s largest retailer, which has joined several other major corporations weighing in on controversial social issues in recent years.

Walmart was criticized last year after one of its stores in Louisiana stores refused to bake a Confederate flag cake for a local man before later agreeing to bake a cake with an ISIS flag design for the same man, according to ABC News.

Days earlier, Walmart along with eBay (EBAY), Amazon (AMZN) and other retailers stopped selling Confederate flag memorabilia following the mass shooting of black churchgoers in Charleston, South Carolina, which at the time flew the Confederate flag outside its state capitol building.

Governor Nikki Haley later signed a bill supported by a majority of state lawmakers to take down the Confederate flag, which was raised at the capitol in the 1960s after the passage of the Civil Rights Act of 1964.