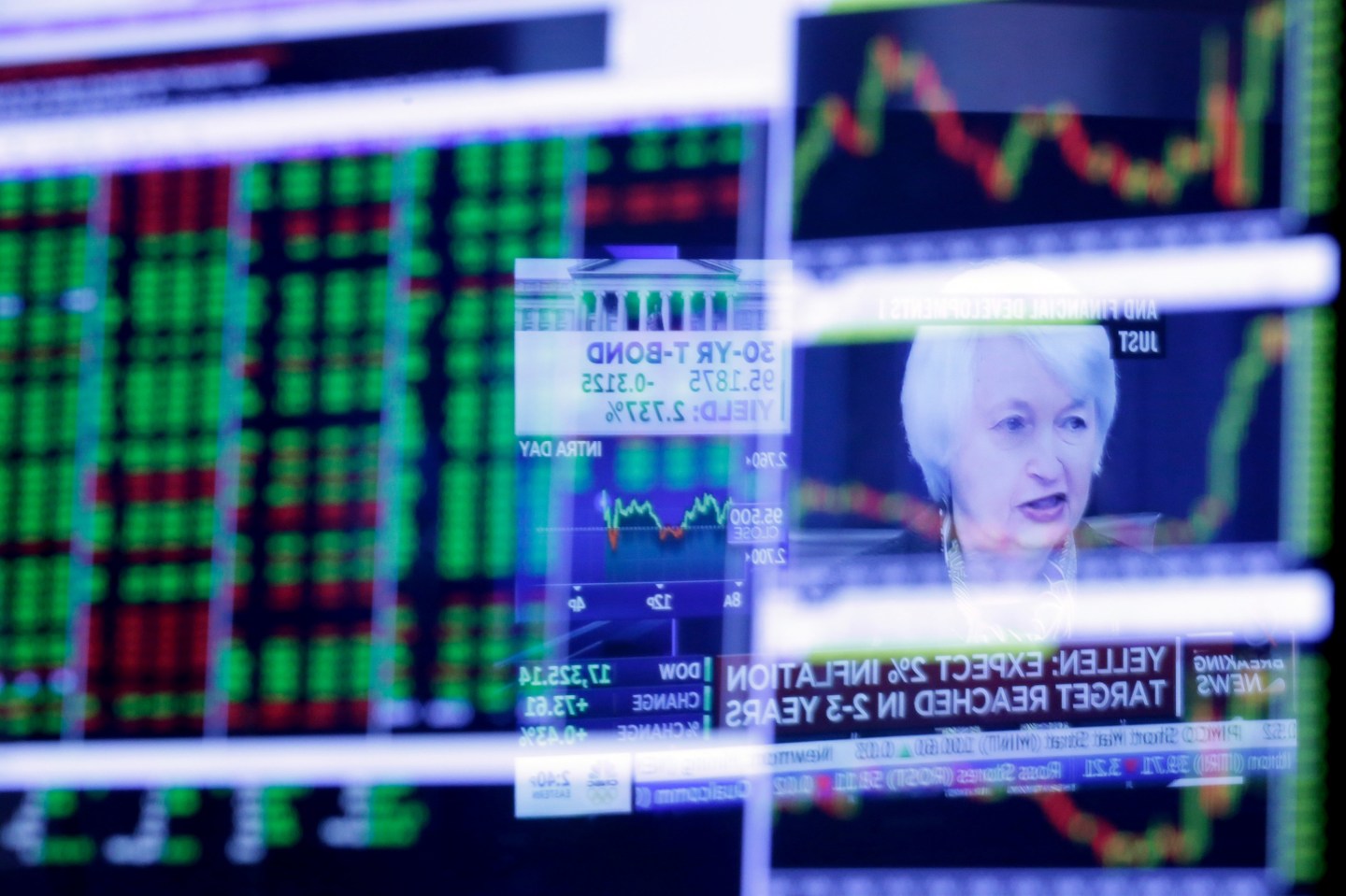 FILE - In this Wednesday, March 16, 2016, file photo, the Washington news conference of Federal Reserve Chair Janet Yellen is reflected in a specialist's screen on the floor of the New York Stock Exchange. Anyone trying to peg the likelihood of a Federal Reserve interest rate hike in 2016 has seen a topsy-turvy shift of expert opinion so far in the year. A bleak May jobs report and a panic that followed Britain's vote to quit the European Union had dimmed earlier expectations for a rate hike. But as the central bank meets the week of July 25, a resurgent U.S. economy and job market have led many to predict a Fed move by December if not sooner. (AP Photo/Richard Drew, File)
Photograph by Richard Drew — AP

Perry Capital, the hedge fund firm founded by Richard Perry and Paul Leff in 1988, plans to wind down its main hedge funds, according to a letter sent to investors on Monday and seen by Reuters.

“Although I continue to believe very strongly in our investments, process and team, the industry and market headwinds against us have been strong, and the timing for success in our positions too unpredictable,” Richard Perry wrote in the letter.

An external spokesman for the New York-based firm declined to comment. Perry also has a London office.

The shuttering underscores continued pressure on the hedge fund industry following a period of poor performance. Industry data tracker HFR reported in September that 530 funds liquidated in the first half of the year, on pace for the second-most shut-downs in a calendar year except for 2008.

Perry, whose firm uses a so-called event-driven strategy focused on profiting from corporate shake-ups, added that a “substantial” amount of client capital would be returned in the beginning of October.

After producing a gain every calendar year until 2008, Perry has recently lost money on its investments and its assets under management have declined.