This Is the Most Popular Halloween Costume for Kids This Year 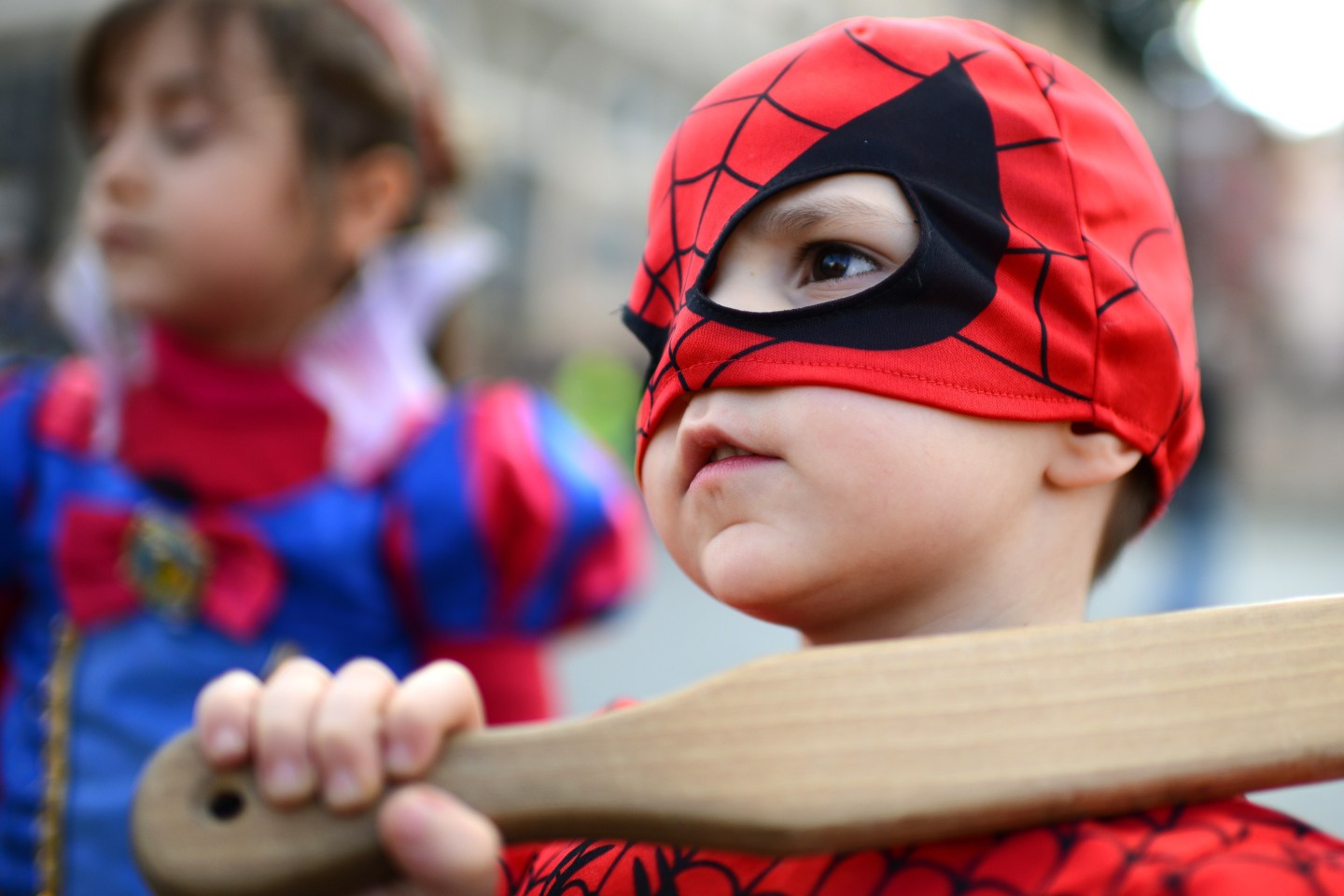 According to a survey by the National Retail Federation, superhero costumes are the top pick among kids for Halloween this year, dethroning princess costumes which have been the incumbent for over a decade.

The survey, which polled 6,791 consumers about Halloween costume plans, found that over 3 million kids across the United States plan on dressing as their favorite superhero.

Although the 2013 release of Disney’s popular animated movie (DIS) “Frozen” helped keep princesses in their number one spot, this year’s big screen has been bombarded with super hero movies like “Deadpool,” “Suicide Squad,” “X-Men: Apocalypse,” and “Batman and Superman”— all of which have contributed to the rising popularity of the superhero costume, Bloomberg reports.

However, Elsa, Olaf, and other famous “Frozen” characters didn’t exactly disappear: Those characters still reign in the top 10 among kids, snagging the No. 7 spot.

Four other superhero choices made the the list, according to the survey. Batman was No. 4, while other DC Comics superheroes were No. 6. Marvel superheroes made the No. 8 spot, while Spiderman came in at No.10.

For Millennials, (those aged 18 to 34 years old), Batman characters, which include the Joker, Batman, and Harley Quinn from “Suicide Squad,” were the No. 1 pick.

Overall, 67% of people who are celebrating the holiday this year plan on purchasing a costume, resulting in an expected $3.1 billion in spending just on Halloween costumes, according to the study.

Here’s a full list of the top Halloween costumes among kids this year: