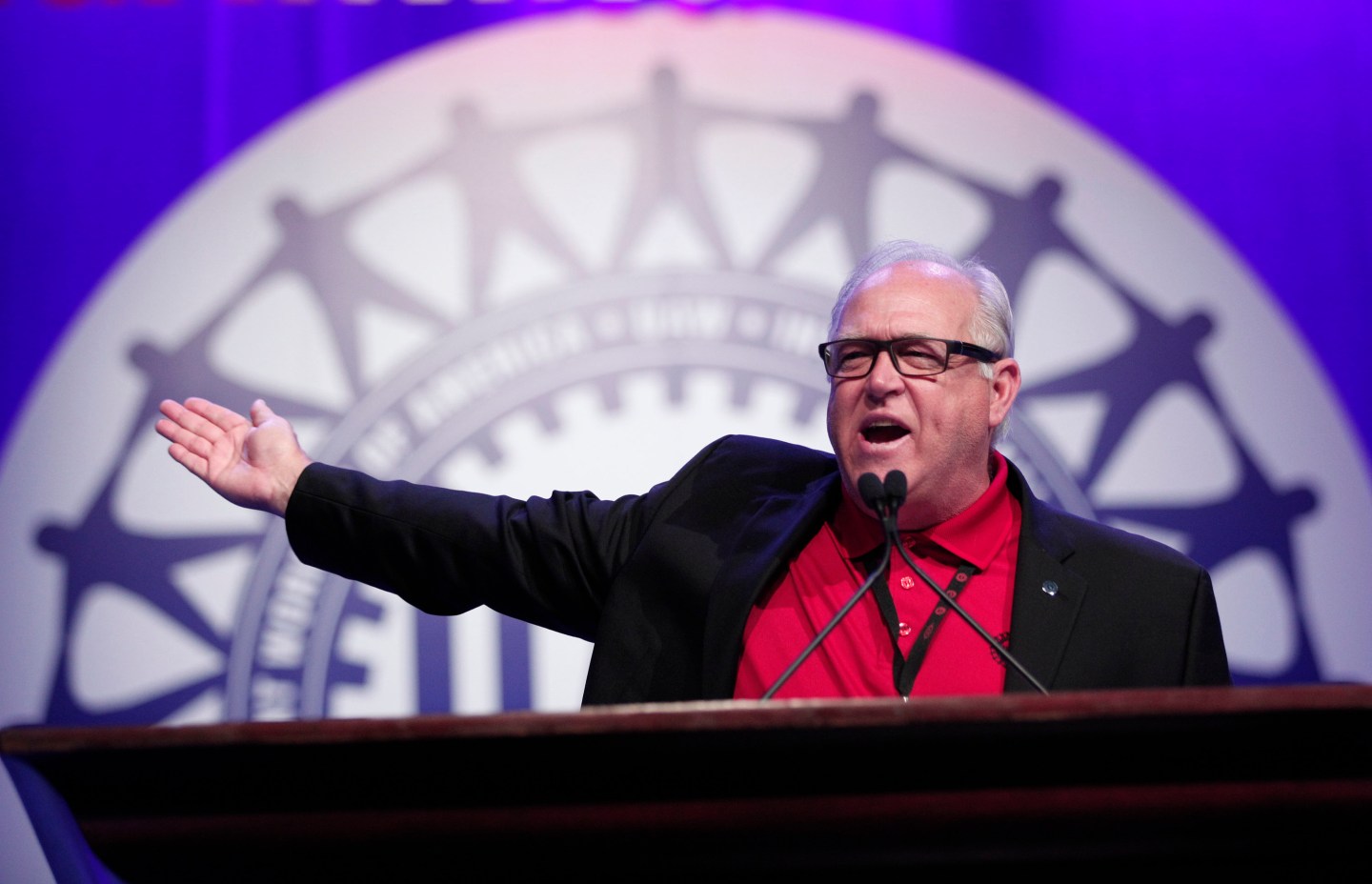 Volkswagen has joined other large companies and a chorus of business groups and Republican lawmakers in challenging a union strategy of organizing splinter groups of workers, but experts say recent court decisions approving the tactic suggest it is here to stay.

The German automaker’s U.S. subsidiary earlier this month brought a case in a Washington, D.C.-based federal appeals court seeking to overturn a vote by a group of skilled trade workers at its Chattanooga, Tennessee, assembly plant to join the United Auto Workers (UAW).

The dispute is a high-profile test of whether unions, which have struggled to reverse a long slide in private sector membership, can seek new members by targeting smaller groups, rather than organizing whole plants or companies as in the past.

Every appeals court to consider a case under a standard backed by the National Labor Relations Board (NLRB) has sided with unions, including five this year. Those cases have involved fragrance and cosmetic department workers at a Macy’s (M) store and FedEx (FDX) drivers whose unions exclude the people who load their trucks, among others.

Companies and business groups say that what they derisively call “micro-unions” threaten to balkanize workplaces and pit groups of workers against each other. They say the standard used to approve the units tilts too far in favor of unions.

“This makes it almost inevitable that any union target will eventually be organized,” said David French, the vice president of the National Retail Federation, which has warned that smaller bargaining units could be particularly harmful to retailers.

With court losses piling up, the business lobby is backing a stalled effort by Republicans in Congress to reinstate a previous, more business-friendly standard for scrutinizing proposed units of workers.

The concept of organizing small bargaining groups within a larger operation is not new, but got a lift from the NLRB in a 2011 case involving a unit of certified nursing assistants at an Alabama nursing home.

Under the standard set by the agency in that case, employers that want to block a “micro-union” must show workers excluded from a unit share an “overwhelming community of interest” with those who unionized, and so were unfairly left out. In some cases, unions may have avoided including those workers because a majority of workers oppose unionizing.

The UAW in 2014 lost a close vote to unionize more than 1,300 employees across Volkswagen‘s Chattanooga plant before winning last year by focusing on 150 skilled trade workers.

Volkswagen spokesman Scott Neal Wilson said the company has a “longstanding belief in the right of all of our employees to decide the question of union representation as one group.” The company declined to further discuss its case.

In filings with the NLRB, the automaker argued that the agency’s standard for reviewing bargaining units was vague and difficult to apply on a case-by-case basis. Volkswagen urged the board to abandon or at least clarify the standard, saying it was so broad it could “be manipulated to fit virtually any unit the union seeks.”

If the Volkswagen unit stands, it could provide a path to organize Nissan and Mercedes workers in Mississippi and Alabama, where the union has struggled for decades, UAW President Dennis Williams said in an interview.

Local union chapters are best situated to decide what tactic works at a particular plant, Williams said, but what has become clear is that the law supports the UAW’s ability to split up workers.

Nearly a dozen labor lawyers, union officials and legal experts told Reuters that Volkswagen is likely to lose its closely-watched case in light of the recent appeals court decisions. They also noted that the D.C. Circuit has a growing reputation for deferring to federal agencies.

And the court, which will likely consider Volkswagen‘s appeal next year, has indirectly backed the idea of small bargaining units. In 2008, three years before the NLRB laid out its new standard, the court approved a unit of stagehands for the Blue Man Group that excluded some of their coworkers, using strikingly similar language to that later adopted by the board.

Meanwhile, business interests are trying to get Congress to change the law. A number of trade groups are backing a bill by Republicans in the U.S. House and Senate that would reinstate a previous standard. The bill has stalled, as Republicans are unlikely to be able to override a presidential veto, but could win new momentum if the party makes significant gains in November elections.

Just because courts have sided with the NLRB doesn’t mean “micro-unions” are a good idea, said Phillip Wilson, president of the Labor Relations Institute, a right-to-work advocacy group.

If an employer is planning layoffs, for example, a larger unit with more members may not put up a fight if it can ensure most of the pink slips go to workers in other, smaller units.

“It hurts the members and it also can be very disruptive to the company,” Wilson said.

Courts that have signed off on smaller bargaining units have ruled federal law favors unions’ proposed bargaining units as long as they are appropriate. Ensuring workplace peace is not a requirement of the law, said William Gould, a professor at Stanford Law School who was the NLRB’s chairman under President Bill Clinton.

“To the extent that you balkanize the workforce, you have the potential for more conflict,” he said. “But that simply does not determine whether a unit is appropriate.”

The case is Volkswagen Group of America Inc v. National Labor Relations Board, U.S. Court of Appeals for the D.C. Circuit, No. 16-1309.