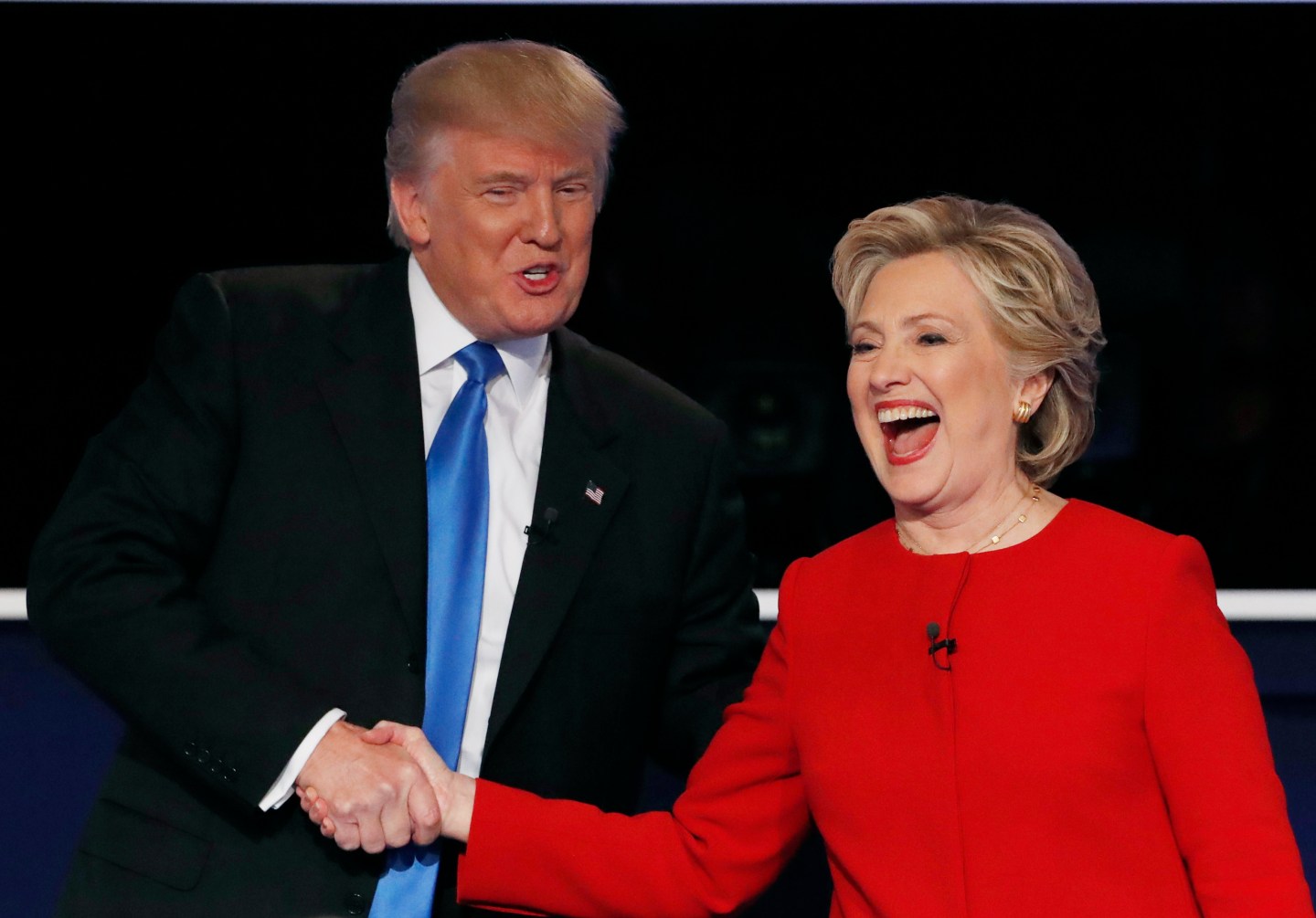 As the presidential campaign moves into its final two months, the defense programs of both candidates are coming under heavier scrutiny. Hillary Clinton is long on forceful rhetoric, but short on details. Donald Trump, whose comments about the military and foreign policy during the primary season alarmed the defense community daily, recently put forward a defense program with specific proposals.

Ironically, although Trump and Clinton attack each other vigorously, they say many of the same things about national security. Both would emphasize diplomacy; move aggressively to defeat the Islamic State; build a strong military while increasing innovation and reducing waste; care for veterans, military personnel, and military families; and prevent Iran from getting nuclear weapons.

These are all worthy goals, but what do they mean for the specifics of a defense program?

In Trump’s case, the plan he announced on September 7 fits mostly within mainstream Republican thinking on military policy. He is calling for 90,000 additional active-duty Army soldiers, 42 more Navy ships, 100 more modern fighter aircraft, and increased nuclear and missile defense capabilities. Some of these goals cannot be achieved for years—ships, especially carriers, take a long time to build—and the force increases are imbalanced—all for expensive active-duty troops and none for less expensive National Guard and reserves. Most striking, however, is that Trump’s proposed forces do not seem to be aligned with his defense strategy. Trump has talked extensively about placing more responsibility on American allies, refraining from nation-building, and keeping U.S. forces at home. Yet the force structure he describes is more appropriate for a military that is forward deployed and engaged with allies around the globe.

The Center for Strategic and International Studies, where I work, has a budget tool that estimates Trump’s proposals to cost about $640 billion per year, about $80 billion above what President Obama has projected for the next few years. While this is a lot of money, it’s only half the size of the Reagan administration build-up in the 1980s and an increased burden of about 0.5% of GDP, roughly 3% to 3.5% below defense budgets of the 2000s and far below the level of the Cold War.

Clinton portrays herself as a tougher version of Obama, arguing that she would be more aggressive with Russia and the Islamic State. But unlike Trump, she has not made specific proposals about a defense program. Instead, she has called for a commission to assess strategy and resources. Although many national security commissions have been convened in Washington over the years to advise presidential policies, there is really no precedent for an administration deferring its national security strategy to an outside body. On the other hand, a commission might offer the opportunity to forge a bipartisan consensus on national security resources and programs.

Clinton’s national security policy is more expansive than Trump’s, including climate change, education, domestic infrastructure, women’s empowerment, eliminating income inequality, and fighting discrimination. It would not be surprising, then, to find a Clinton Defense Department becoming more involved in these activities and perhaps even funding them. With regard to military personnel, Clinton focuses on classic family issues like daycare, jobs for military spouses, and children’s education. On missile defense, Clinton highlights the value of regional systems, which protect allies and U.S. forces overseas, but not national systems, which protect the U.S. homeland but which many Democrats have criticized as expensive and unreliable.

So although it is not possible to put a cost on a Clinton program yet, implementing the tougher foreign policy she describes would require forces and programs, and hence a budget, at least as large as what Obama has proposed. Indeed, many think tanks and commentators, myself included, have argued that even Obama’s less aggressive strategy is underfunded, so Clinton would likely need more money.

Trump’s plan is likely more expensive than Clinton’s, but both are theoretically affordable. The crucial question, though, is how the candidates plan to pay for them. Standing in the way are their other expensive promises. Trump, for example, has promised extensive tax cuts, while Clinton has promised expanded domestic spending and new entitlements. Both have made nods to getting more money, Trump through efficiencies and Clinton through taxes on the wealthy. But neither proposal is large or specific enough to produce the necessary funds.

The politics of budgeting are tricky as well. Democrats want any defense increases matched by increases in domestic budget programs, and the Republican Freedom Caucus opposes any budget increases.

But even without these additional costs, the long-term budget outlook is concerning. The Congressional Budget Office forecasts that with existing laws and policies, the deficit will grow from $540 billion in 2016 to $810 billion in 2020 and $1.4 trillion in 2036. Soon after the new president takes office, these harsh budget realities will collide with campaign promises. Then the real decision-making will begin.

Mark Cancian is a senior adviser with the international security program at the Center for Strategic and International Studies.