Takata’s Search for a Savior Could Drag Into Next Year 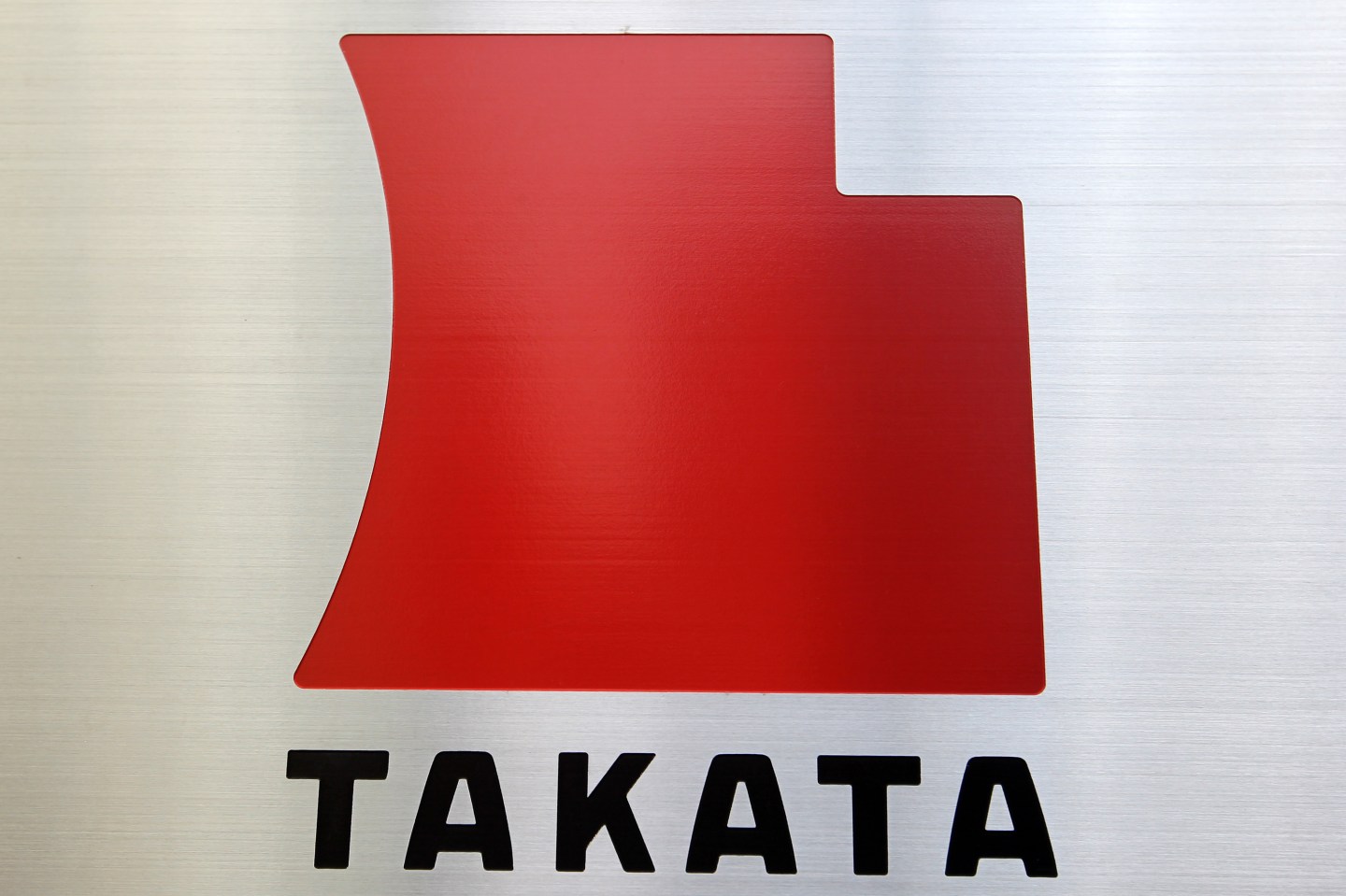 The plan to sell beleaguered Takata (TKTDY) to a rescuer, slated by year-end, is likely to extend into next year as some bidders want to drag the air bag maker through bankruptcy to wipe out most of its debt, people with knowledge of the matter said.

But creditors such as Honda Motor (HMC) are likely to resist any bailout that includes bankruptcy because they would have to swallow significant losses, the people said.

The ensuing tussle could take months to resolve, the people said, declining to be identified due to the sensitivity of the matter.

Takata faces about 1 trillion yen ($10 billion) in costs to recall potentially faulty air bag inflators worldwide, according to market estimates. There is also the prospect of legal liabilities related to the inflators which have been linked to at least 14 deaths, mainly in the United States.

The firm received bailout bids from five groups last week. Its steering committee hopes to name a sponsor next month and complete restructuring plans by December, the people said.

But that timeline is overly ambitious, they said, given the need to agree on how to share the losses among Takata’s many stakeholders, which include creditors and both Japanese and foreign automakers.

Moreover, an investor is unlikely to be confirmed unless Takata files for bankruptcy, which would establish the extent of liabilities, one of the people said.

Automakers including Honda and Volkswagen AG (VLKPF) have recalled vehicles containing more than 100 million Takata inflators after it was discovered that a chemical compound in their propellant can explode.

Takata needs an investor to help overhaul its business and shoulder ballooning costs related to the recall. Its stock has tumbled nearly 90 percent since early 2014, when the problems first spread.

Takata’s steering committee has retained investment bank Lazard as advisor in its search for an investor.

The people with knowledge of the matter said one means of securing an investor would be to wipe out current shareholders by devaluing equities to zero and allowing the sponsor to control 100% of Takata.

Lawyers specializing in corporate restructuring, who are not involved in the Takata deal, said such a scenario would be easier if the company seeks bankruptcy.