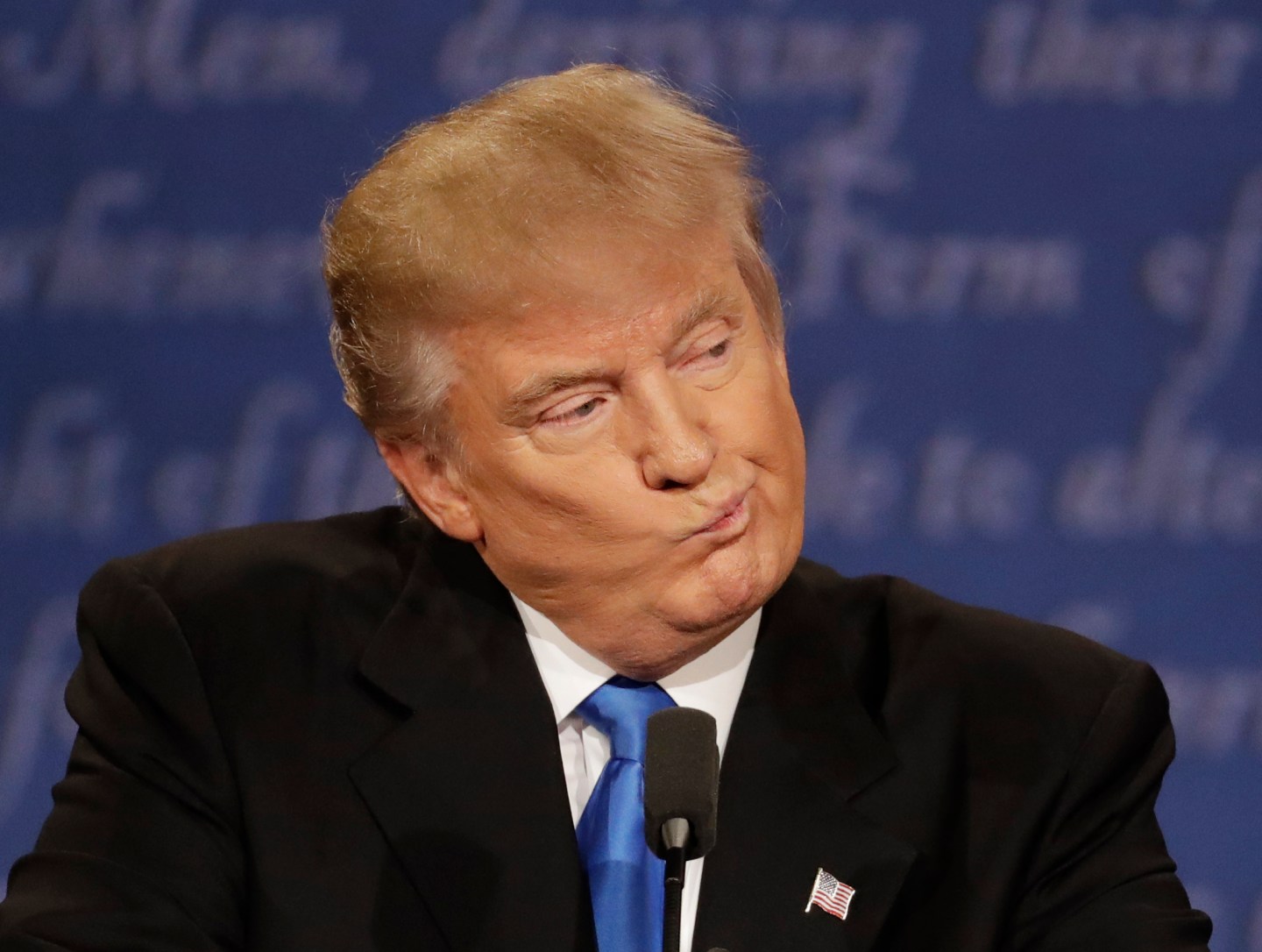 Donald Trump was pleased with himself for not bringing up former President Bill Clinton’s infidelities during the first presidential debate on Monday night.

Immediately following the debate, a CNN reporter asked Trump if there was anything he wished he had done differently. Trump had no regrets, and appeared to congratulate himself for not touching on Clinton’s affairs.

“I’m very happy that I was able to hold back on the indiscretions with respect to Bill Clinton because I have a lot of respect for Chelsea Clinton and I just didn’t want to say what I was going to say,” he said.

When the reporter asked what he was “going to say,” Trump said he would maybe mention it at the next debate.

Speaking later to Sean Hannity, Trump said again that he kept quiet about the former President’s infidelities because of Chelsea Clinton.

“I thought it would be very disrespectful to Chelsea, and maybe to the family,” Trump said. “But [Hillary Clinton] said some very bad things about me. I mean worse than what she said, she’s taking these phony ads, spending hundreds of millions of dollars on phony ads and I think it’s a disgrace.”