Hillary Clinton Has the Best Solution to Homegrown Terrorism 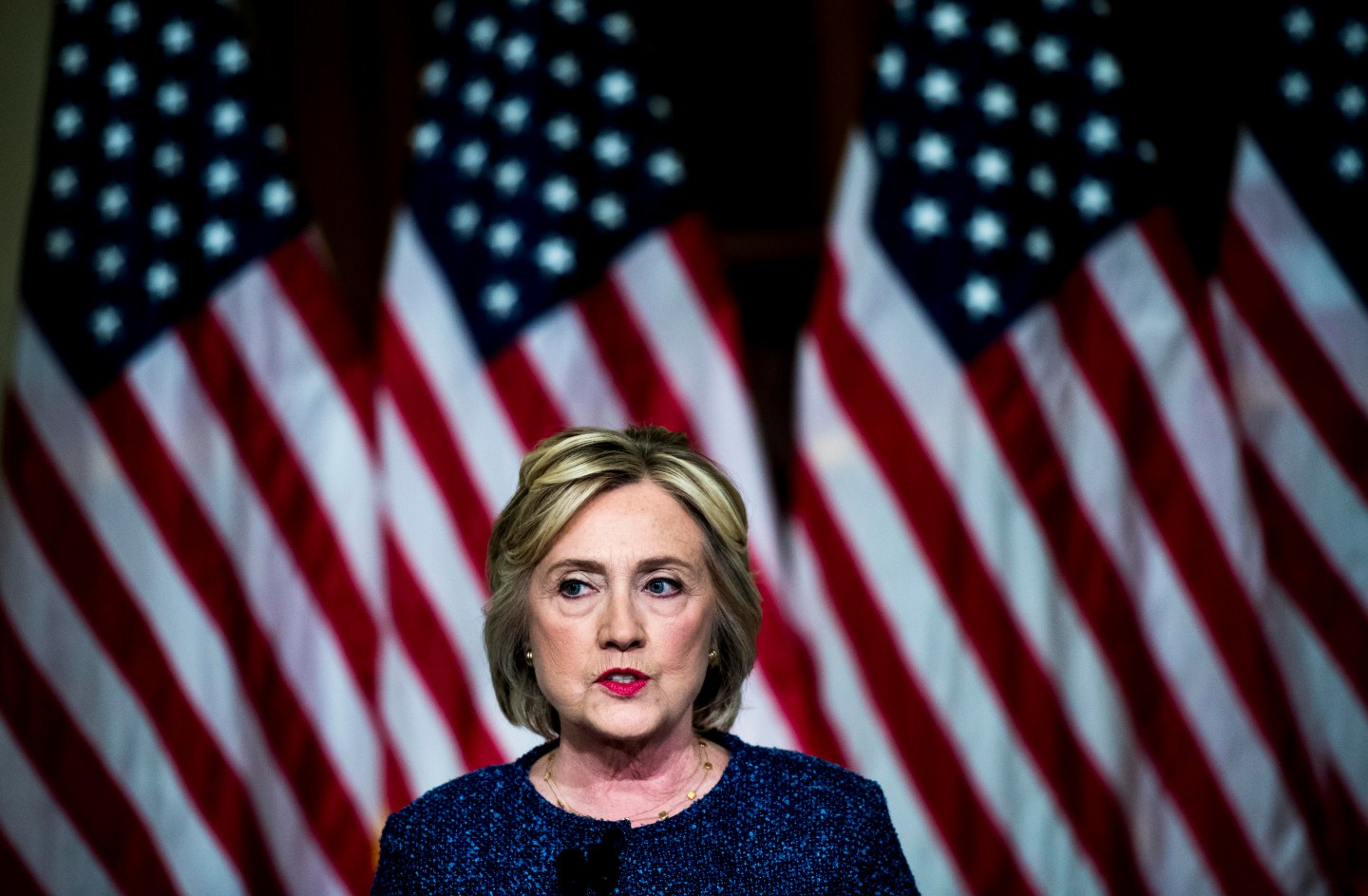 The recent terrorist attacks in New York, New Jersey and Minnesota have underscored the challenges we face in dealing with homegrown terrorism, and some have argued that neither candidate for president has a solution. This is untrue: Hillary Clinton has repeatedly set forward policy innovations that should reduce the likelihood of the kind of attacks we have experienced in the U.S.

American citizens and permanent legal residents—not cadres sent from abroad—have been responsible for every fatality in jihadist attacks since 9/11 in the U.S. The key to reducing the incidence of such events is to create a more layered set of defenses by working with communities. Our communities, which are targeted by terrorists for recruitment and are where radicalization occurs, are our first, last and best defense against them. They can serve as agents of prevention before individuals are mobilized to violence.

Currently, we rely on law enforcement to stop jihadist violence, and federal, state and local authorities have, year in and year out, done an extraordinary job. The quick capture of Ahmad Khan Rahmani, the suspected New York and New Jersey bomber, being a case in point. Decisive action like that tells other would-be terrorists that they can’t evade arrest, thus increasing deterrence. But the fact that Rahmani, like Omar Mateen, the Orlando shooter, had been a subject of interest for law enforcement and then dropped off the screen, suggests that the FBI may need more personnel and resources to keep an eye on some individuals. Secretary Clinton has proposed an “intel surge,” and clearly manpower and money for the bureau makes sense as part of that effort.

But looking more broadly, the consequence of our reliance on law enforcement means that we focus on those who have already made a commitment to carry out violence. To increase our security, we must be able to intervene before individuals take that step—before their radicalization is complete.

This insight is at the heart of Clinton’s plan for stopping terrorist violence at home. As she put it earlier this year: “Millions of peace-loving Muslims live, work, and raise their families across America. They are the most likely to recognize the insidious effects of radicalization before it’s too late, and the best positioned to help us block it. We should be intensifying contacts in those communities, not scapegoating or isolating them.”

Progress depends upon engaging with central figures within Muslim communities: “parents, teachers, imams, mental health professionals, and others [who] recognize signs of radicalization in young people and work with law enforcement to intervene before it’s too late,” as Clinton put it in remarks after Mateen killed 49 people in Orlando, Fla. Her approach envisions empowering local communities to ensure they have the training and skills to identify signs that may indicate radicalization. There may not always be such signs—no one seems to have had an inkling of the plans of the San Bernardino, Calif., killers. But in both the cases of Rahami and Dahir Ahmed Adan, the man accused of stabbing 10 people in Minnesota, there were indications of trouble.

These community members also need encouragement and flexible resources from the government and the private sector to play this role and to develop “off-ramp” programs for those at risk or who have begun to embrace terrorist propaganda but have not committed a crime.Professionals, leaders and families in the community need guidance on how to engage personally with these individuals. And while they must warn the authorities if they believe an attack is imminent, they also need space in which they can speak and intervene with individuals who may be turning to extremism without fear of immediate and heavy law enforcement action.

An effective intervention program would bring together mental health professionals, social workers, religious leaders, community partners, technology companies and school officials to develop a strategy for reversing an individual’s radicalization process. Each strategy should be individually tailored, since the combination of factors driving radicalization can vary widely, and each strategy should be embedded within existing community-led and supported platforms.

Although a large number of would-be terrorists have been stopped because of tips from within Muslim communities, concern—especially on the part of families—that their family members will be headed to jail, may prevent them from contacting the authorities. Indeed, that could well have been the reason Mohammad Rahami recanted his claim to the FBI that his son Ahmad was a terrorist.

And some may object that taking a social work and therapeutic approach to potential terrorists is too soft an approach. But such efforts have shown sustained value in similar efforts to deal with the far more pervasive phenomenon of gangs and gang violence.

In Europe, where the level of radicalization is considerably higher, innovation in community-led counter-radicalization is well under way, and programs in Denmark and The Netherlands have proven effective in reducing the number violent extremists. In the U.S., a few community-level programs have emerged in places such as Boston, Cook County, Illinois, Montgomery County Maryland, Los Angeles and Minneapolis—Clinton has held public events with program leaders of the last two. This year the White House established a Department of Homeland Security (DHS)-led task force to coordinate federal efforts and DHS just announced the first federal grant program, for only $10 million.

The funding is a step in the right direction. By itself, however, it is unlikely to catalyze the kind of broad-based community-led efforts—and attract the expertise from outside government—that are needed. That’s why Clinton has drawn attention to these small-scale, pilot programs and repeatedly underscored her determination to expand this work if elected while being mindful of the need to empower and not stigmatize communities in the process.

By contrast, Donald Trump’s policy prescriptions—if that isn’t over-dignifying them—are a roadmap to greater violence. His statements about targeting terrorists’ families and employing torture are guaranteed to heighten the sense of insecurity and isolation that, as many have reported, are gripping Muslim communities that are beleaguered by xenophobia and multiplying hate crimes. His many shifting proposals to stop Muslims from abroad from visiting or emigrating to the U.S. won’t work because those who are committing violence are already here; his proposals also seem calculated to make Muslim Americans feel cut off from their families and societies of origin. Trump’s various approaches constitute a sure-fire recipe for greater radicalization and more violence. ISIS recognizes this, which is why it is eager for Trump to be president.

No one has a foolproof way of ending all terrorist violence—and no one will so long as human nature remains infinitely unpredictable and recalcitrant. But one candidate, Hillary Clinton, has been advocating the best approach available to reduce homegrown terror. To ignore that—and to support her opponent—is to roll the dice with American security at home.

Benjamin was Coordinator for Counterterrorism at the U.S. State Department and is director of The John Sloan Dickey Center for International Understanding at Dartmouth College. Eric Rosand is Executive Director of the Prevention Project and a former senior counterterrorism official at the State Department. This article originally appeared on TIME.com.