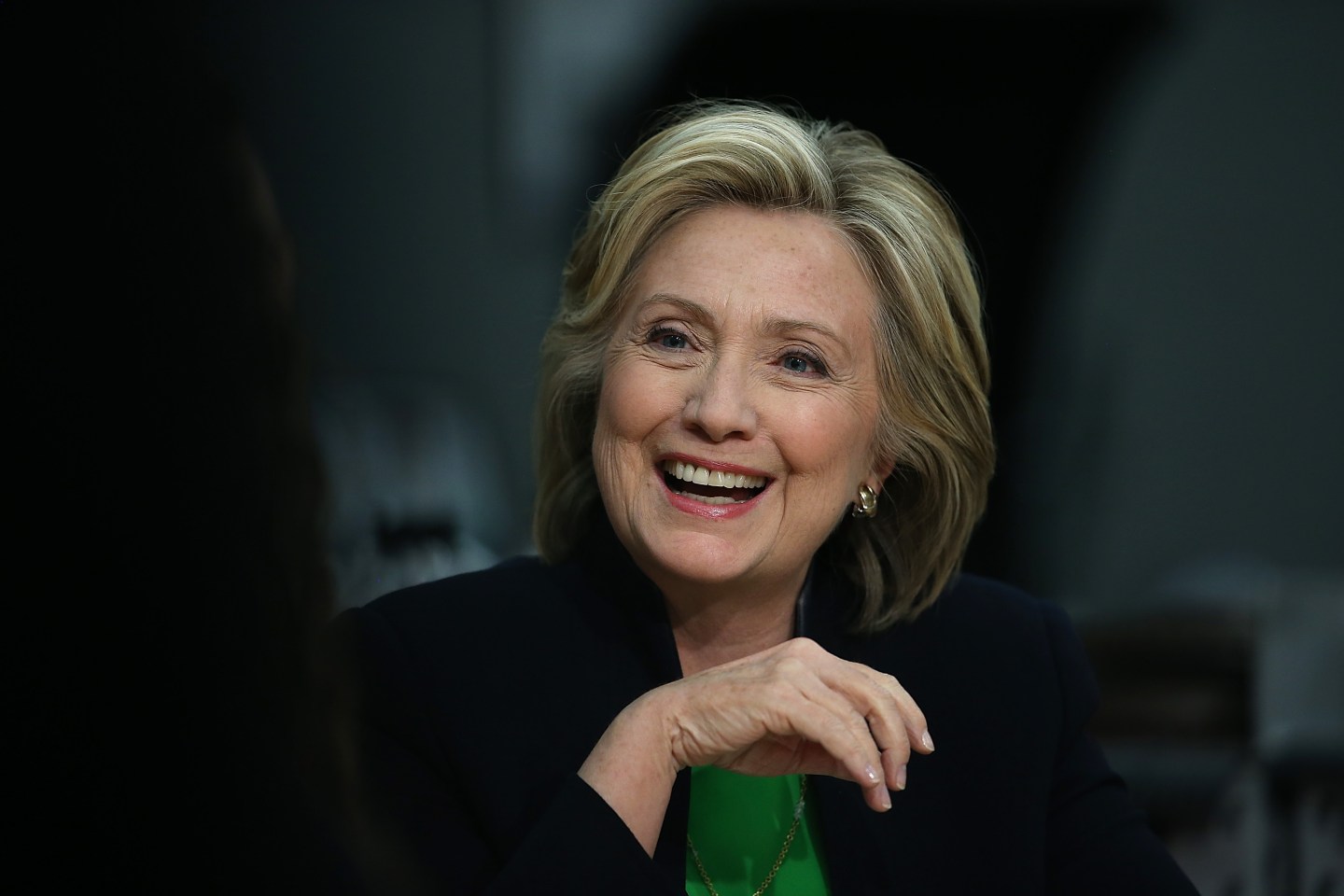 More than 1,100 elite moneymen and women have collectively raised more than $113 million for Democrat Hillary Clinton’s presidential bid, according to an analysis by the Center for Public Integrity of information released this week by her campaign.

The list, updated monthly, includes more than 260 new bundlers who had not previously been disclosed by the campaign. These newly revealed fundraisers and donors include lawmakers, entertainment icons and titans of industry.

A “bundler” is someone who collects checks from friends or associates and gives them to the campaign. They are often rewarded for their efforts with prize positions in the administration of the candidate they support. That is, if the candidate wins.

Also new on the list are U.S. Sen. Richard Blumenthal of Connecticut, and his wife, Cynthia Blumenthal; Timothy Boyle, president and CEO of Columbia Sportswear, and his wife, Mary Boyle; Netflix co-founder and CEO Reed Hastings and his wife, Patricia Quillin; and actor Tobey Maguire and his wife, Jennifer Meyer.

By law, only registered lobbyists who bundle campaign contributions must be revealed — along with the exact amount they raise.

Individuals, or couples, who raise or donate at least $100,000 toward Clinton’s presidential bid have been dubbed “Hillblazers” by her campaign, which is voluntarily releasing their names but not the exact amounts they have raised.

Clinton’s Republican rival, Donald Trump, has not voluntarily revealed any information about his top fundraisers.

Former President George W. Bush and U.S. Sen. John McCain of Arizona both disclosed the names of their top presidential campaign fundraisers, while 2012 GOP presidential nominee Mitt Romney did not.

Under both Democratic and Republican presidents, campaign bundlers have often landed perks after their preferred candidate is elected, including plum ambassadorships, government contracts and access to exclusive White House meetings and social events.

As the Center for Public Integrity previously reported, dozens of top fundraisers for President Barack Obama were nominated for ambassador posts—often in western European capitals such as London, Paris and Stockholm.

Obama used broad disclosure categories when revealing details about how much his bundlers had raised. The largest category was simply “more than $500,000,” although sometimes fundraisers collected millions of dollars.

For instance, businessman Matthew Barzun—who served as Obama’s first ambassador to Sweden and now serves as ambassador to the United Kingdom — apparently raised more than $3 million for Obama’s 2008 presidential campaign and the Democratic National Committee, according to information revealed earlier this month as part of the hack into DNC emails.

And investment banker Azita Raji, whom Obama nominated to be ambassador to Sweden in 2014, raised more than $4.7 million for Obama’s two presidential bids, according to documents obtained by the New York Times in 2012.

Unlike Obama, Clinton is revealing only one category for her Hillblazers, making it impossible to readily ascertain which ones are in a class above the rest.

Additionally, as of July, the Clinton campaign has been including on its list people who contribute or raise at least $100,000 for the Hillary Victory Fund or Hillary Action Fund. These two joint fundraising committees benefit Clinton’s presidential campaign as well as the DNC and state-level Democratic parties.

Donors can give far more to a joint fundraising committee than they could to a candidate’s campaign committee.

The Hillary Victory Fund alone benefits 38 state Democratic parties, in addition to the DNC and Clinton’s campaign—meaning an individual donor could currently cut a single check to it for nearly $420,000 and immediately make the list of Hillblazers.

As of June 30, elite fundraisers had helped Clinton raise at least $49.6 million—or at least 18% of the $275 million her campaign committee had raised at that time.

This story is from the Center for Public Integrity, a nonprofit, nonpartisan investigative media organization in Washington, D.C. Read more of its investigations on the influence of money in politics or follow it on Twitter. This article was originally published on TIME.com