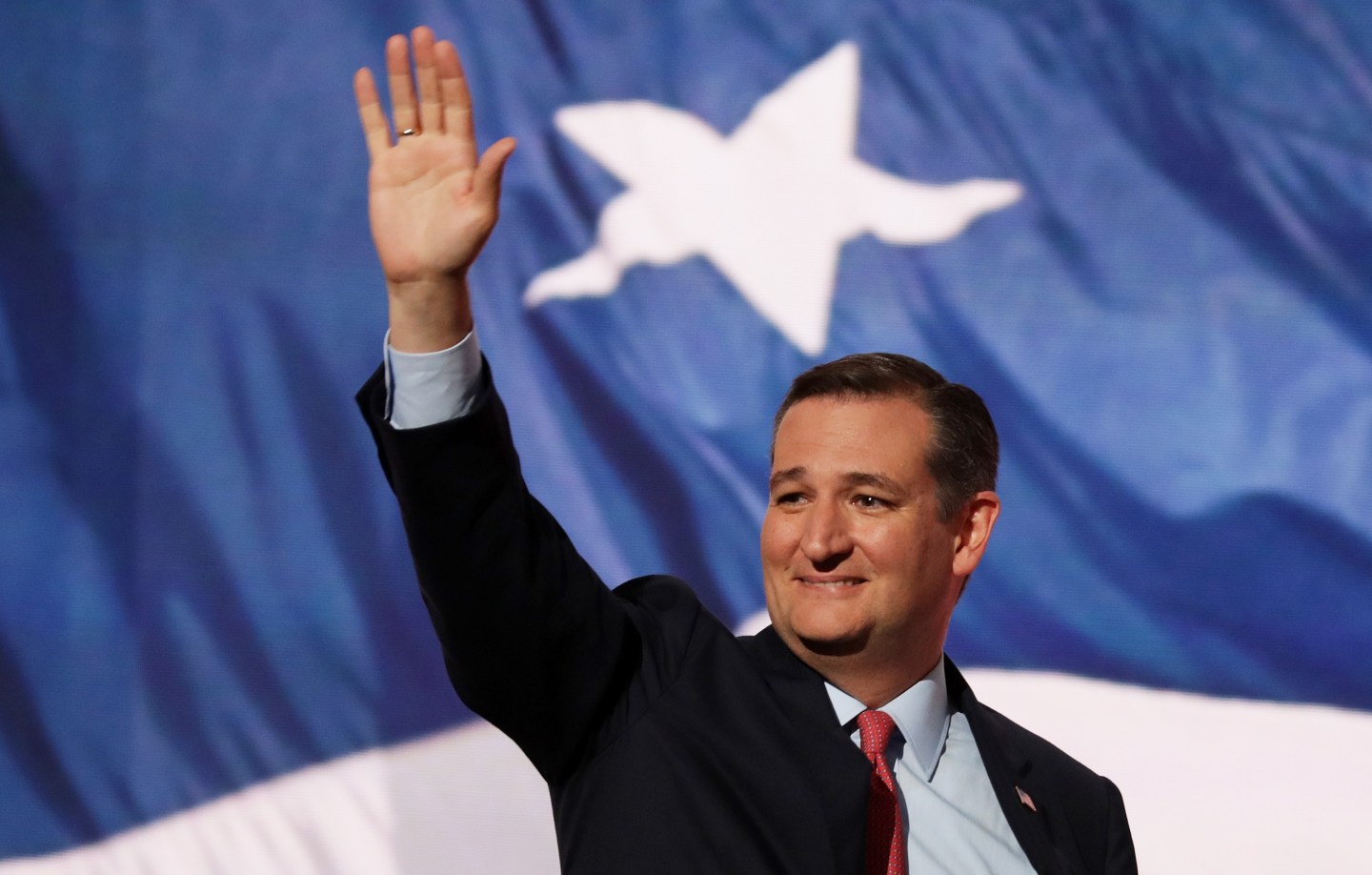 Texas Sen. Ted Cruz on Friday endorsed Republican presidential nominee Donald Trump, his former opponent whom he declined to endorse in his speech at the Republican convention, which prompted boos from Trump supporters and underscored the bitter rivalry between the two.

“For some time, I have been seeking greater specificity on this issue, and today the Trump campaign provided that, releasing a very strong list of potential Supreme Court nominees — including Sen. Mike Lee, who would make an extraordinary justice — and making an explicit commitment to nominate only from that list,” Cruz wrote in a Facebook post. “This commitment matters, and it provides a serious reason for voters to choose to support Trump.”

“Donald Trump is the only thing standing in her way,” he said.

During the Republican primary fight, few rivalries were as personal and acidic as that between Trump and Cruz. Trump repeatedly referred to Cruz as “Lyin’ Ted,” and falsely implied that his father was somehow involved in President John F. Kennedy’s assassination.