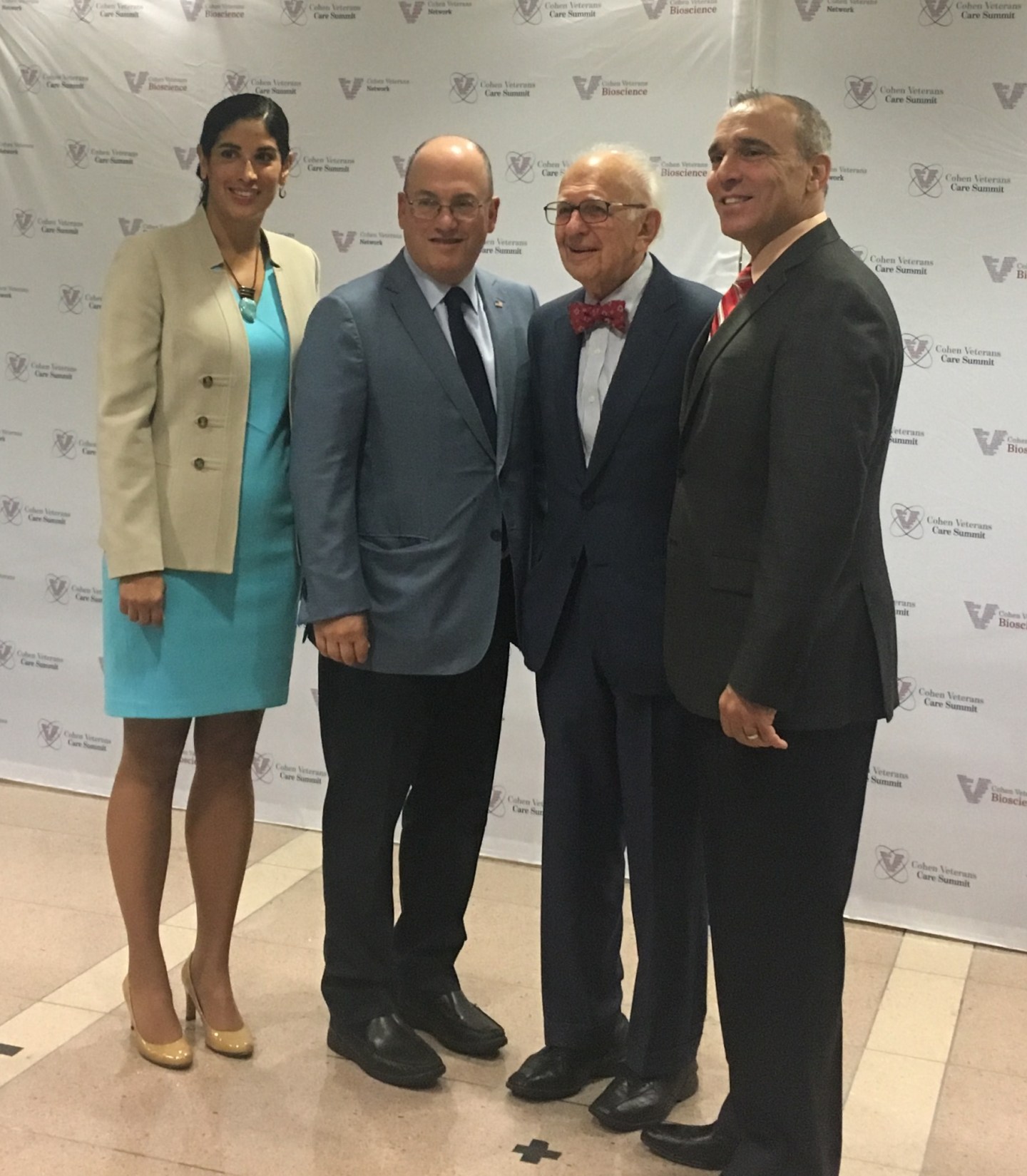 But Cohen, who has since transformed his firm into a family office called Point72 that manages $11.6 billion of mostly his own money, broke his silence Thursday. The occasion was a special and deeply personal one to him: The kickoff of his inaugural Cohen Veterans Care Summit (or just “Cohen Cares,” as it’s called for short), a two-day meeting held in Washington, D.C. at the Ronald Reagan Building, a block away from the White House.

His speech led the convention of medical and policy experts focused on pursuing new research and breakthroughs for Post Traumatic Stress Disorder (PTSD) and traumatic brain injuries, frequently seen among recent veterans of the wars in Iraq and Afghanistan.

Inspired by his son Robert who served as a U.S. Marine, deploying to Afghanistan in 2010, Cohen has since stepped up his philanthropic efforts focused on the mental health of military veterans—particularly the 2.7 million who served in the “War on Terror” after the 9/11 terrorist attacks.

“My son is one of them and I am so proud of him,” Cohen said. “Robert came home in good shape but many of his friends did not.”

Cohen said he plans to invest $325 million during a five year period in his two new initiatives to help veterans and prevent them from committing suicide, a recent phenomenon among vets that has alarmed policymakers. Last year, the billionaire investor founded the Cohen Veterans Network, a chain of free mental healthcare clinics for vets, as well as Cohen Veterans Bioscience, a research institute dedicated to PTSD and traumatic brain injury diagnosis and treatment.

“The treatments we have today fall short. There are no cures,” Cohen said. “Together, we’re going to change that.” He pledged to put his institute’s “breakthroughs to use in our clinics so our veterans can benefit right away.”

Setting a heavy tone for what was a heart-wrenching and emotional event, Cohen cited a troubling statistic that 7,400 veterans took their own lives in 2014, or about 20 per day. “Let me put that in context for you: That’s more deaths in one year than all Americans killed in Afghanistan and Iraq,” Cohen said.

The Cohen Veterans Network already includes five clinics across the country with hundreds of patients and the investor plans to open at least 20 more. The clinics provide free care to both veterans and their family members—even to those who were dishonorably discharged from the military.

Following Cohen’s speech, FDA Commissioner Robert Califf and the U.S. Department of Veterans Affairs under secretary for health David Shulkin also spoke about their own efforts to alleviate the military mental health crisis.

If Cohen’s labors bear fruit, they could have even broader applications than just veterans, he said, as nearly nine million Americans have PTSD and another two million have traumatic brain injuries. “Our success can go way beyond just veterans,” he said. “We can help all Americans.”

Cohen and his wife also typically give at least $50 million per year to other charitable causes including Lyme disease and education through their philanthropic organization, the Steven and Alexandra Cohen Foundation.